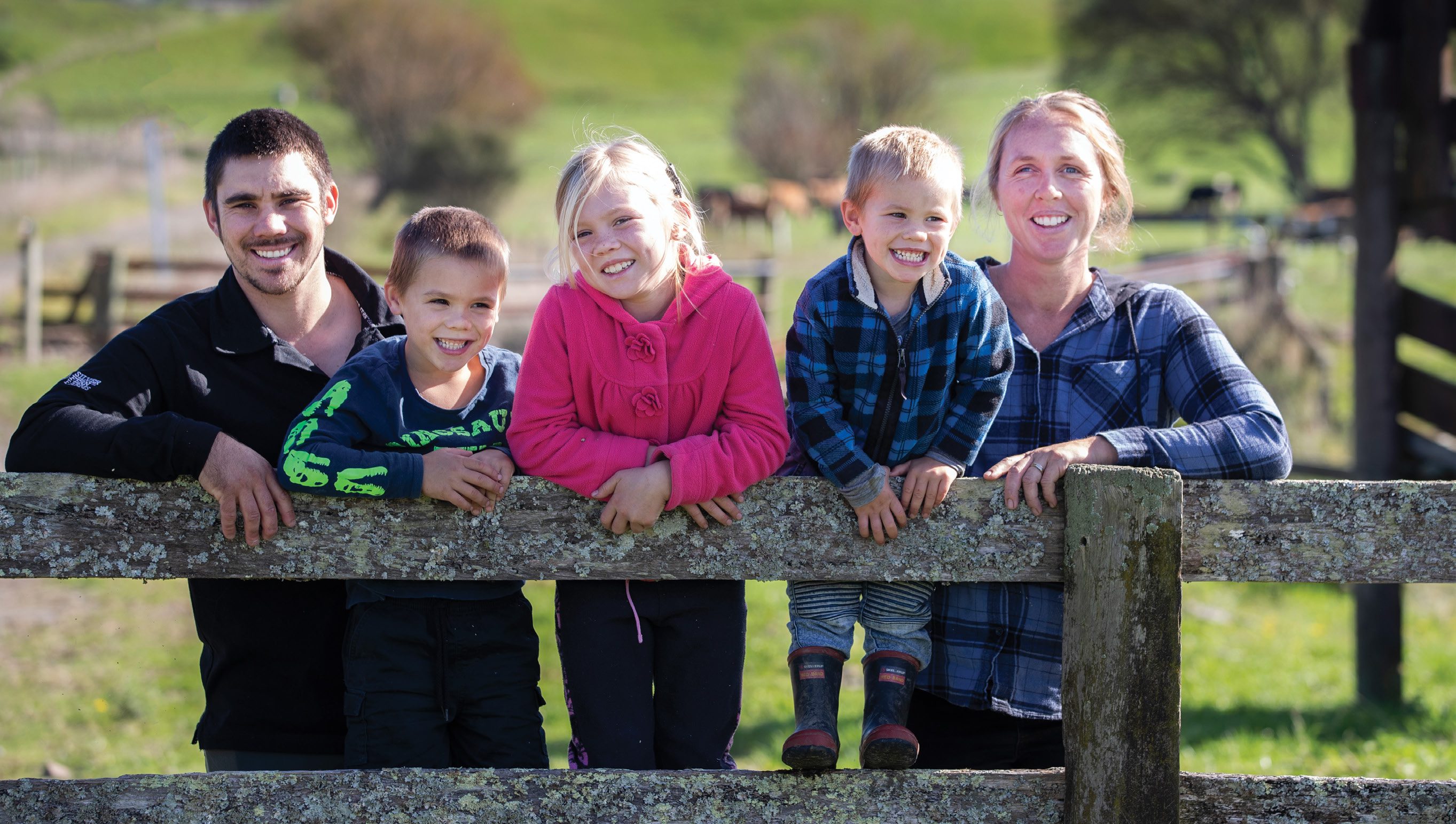 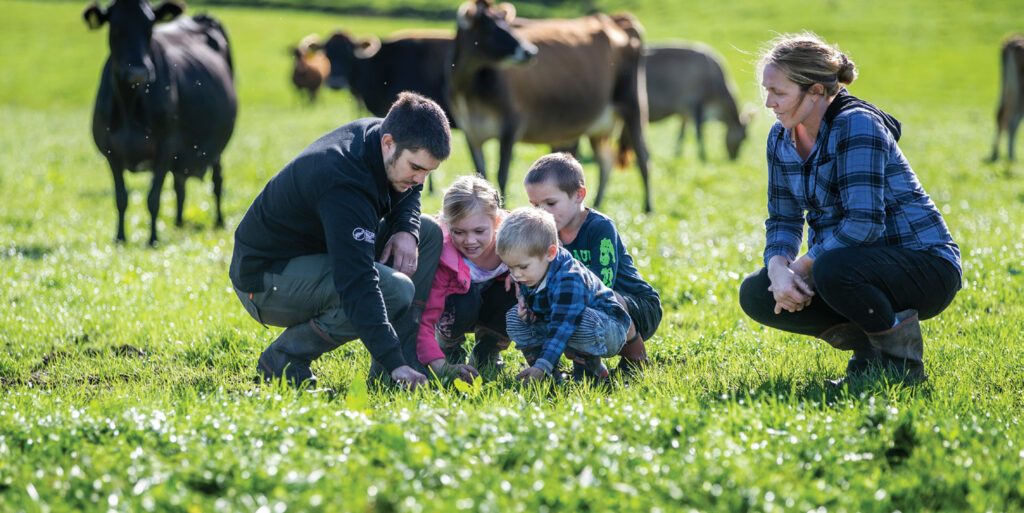 Having a good understanding of your onfarm costs and your financial figures is what will make your business successful, Josh MacDonald says.

Josh, 30, and wife Aleshia, 28, are moving to a new sharemilking job this season to milk 550 cows at Maketu in the Bay of Plenty.

The couple have 340 cows of their own, including their current herd, rising two-year-olds and cows they have leased out. The only debt they will carry into this job is from buying 200 Kiwicross cows from the departing sharemilking who has been on the farm for nine years.

Josh grew up on a family dairy farm at Nukuhou North and has been investing in stock since he was a teenager. He left school and worked as a farm assistant beforing managing his parents’ sharemilking job in the Waikato.

“I started rearing animals when I was 18 and I would lease them out for free. My deal with my parents was I could rear one calf for every three cows I leased back to them. They grazed them as part of my contract, and then they got the production out of them in the herd.”

Aleshia grew up on her parents’ dairy farm near Huntly and studied for a certificate in vet nursing after school.

The couple met through Young Farmers and managed a farm together for a year before going into their first sharemilking job milking 175 cows at Pukekohe when they were just 21 and 19.

“We raised capital by saving a lot while we were working for wages, and rearing stock and leasing them out,” Josh says.

When they went sharemilking they had enough animals (80 cows and 30 rising two-year-olds) to use as equity to buy the rest of the 65 cows they needed.

“That was enough to get the loan and we also had the ANZ Young Farmers Start Up package which really helped us. We didn’t need security for our overdraft which helped.”

Aleshia’s parents grazed their youngstock on their runoff for 12 months prior to going sharemilking.

“We haven’t had financial backing, but our parents have helped us in ways like that,” Aleshia says.

The couple have managed to continue to pay off debt through low farm working expenses and keeping their drawings under $35,000/year. 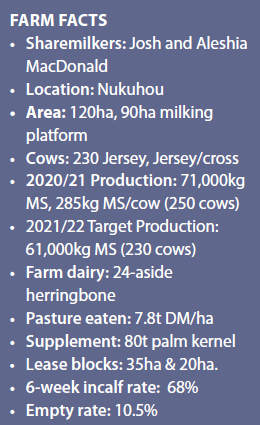 After three years at Pukekohe, the couple moved back to Matahi Valley in the Bay of Plenty to sharemilk for Josh’s uncle and aunty Paul and Heather Warneford.

They were milking 200 cows and stayed for three years, also contract milking the neighbour’s farm milking 400 cows for a season before shifting to their current farm, also owned by Paul and Heather.

Josh’s father had recently passed away so the couple were reluctant to move away so decided to stay sharemilking in the area and Paul and Heather have also been great to work for.

When the $3.90 milk price struck the industry, the couple also felt it was going to be hard to find a bigger sharemilking job as they were still young.

“The banks were willing to back us but it was really competitive (finding a job) and we thought maybe we hadn’t proved ourselves enough. There were lots of other people who had been in the industry longer than us.”

They would like to be in a position to own their own farm in the next 6-8 years.

“We didn’t want to move out of this area, but if we move now and make the gains financially we have the ability to live where we want later on.

The couple entered the Dairy Industry Awards last year and placed second in the Bay of Plenty Share Farmer.

That has helped get their name out there and give them the boost to go looking for a bigger sharemilking job.

“It was a great process to validate our business and show us our strengths and weaknesses,” Aleshia says.

The judges pointed out that they were

than to stay where they were and diversify and invest in property.

They had been contemplating investing in property, but feel they’ve missed the boat with house prices skyrocketing.

“We will stick to what we know – we know cows. This is a three-year contract so we will look to pay off debt and grow stock numbers for a larger sharemilking job or a second sharemilking job.

“We think an 800-cow job is big enough to springboard into farm ownership in our 30s.”

One tip Josh has to other young sharemilkers is to invest in decent gear to set yourself up for bigger jobs in the future. They are debt-free going into this job with the right gear already paid off.

“Get gear that will be big enough in three or four years’ time. I always had in my mind a 500-cows job, so I bought a tractor and feedout wagon that would be suitable for that.”

Being able to fund your own grazing for youngstock is also a way to save money. They managed to secure two leased runoffs and managed their calves and rising two-year-olds themselves.

“That meant our grazing bill was less than half what you’d pay a grazier, only costing us $3/head.”

The couple have three young children with a fourth due in May. One of their strengths is being able to job-share between the farm and the children.

“I think what has added to our success is 90% of the jobs can be swapped, so either Aleshia or I can be doing them. It makes you a good team.”

The farm where they currently are is steep which equals low production, but cost efficiency is good, with low farm working costs of $1.96/kg MS.

“The cows use 2.5 times more energy on the hills, but we increased milksolids by 22,000kg since being here.

“The hills here are tough, we have lost cows on the hills so that’s one of the reasons we milked less this year and took out more land from the milking platform.”

They have a strong focus on pasture utilisation and days in milk, which they average 256 DIM. The Bay of Plenty average is 248 so they are getting an extra eight days of milk in the vat.

Their target production this year is 61,000kg MS milking 20 fewer cows than last year, which has improved their six-week in-calf rate and empty rate.

They did five weeks Artificial Insemination and four weeks with registered Jersey bulls, which they also use over their yearlings, and DNA the calves to sire match.

They use a mixture of NZ genetics from LIC and CRV Ambreed, and United States and European Jersey genetics.

They have also used a lot of polled genetics and about 30% of their youngstock is now polled, which they believe is a good trait to breed for the future.

Their Jersey herd has produced 400kg MS/cow in the past so the couple are looking forward to moving to the flat farm at Maketu with a bit of extra supplement so the cows can thrive.

“My long term goal when we own a farm is to milk 100% Jersey. We have cows from my grandfather and father’s Jersey Stud Poplarbrae,” Josh says.

“Jerseys are short – like me – they are efficient producers, they are easy calving and fertile.”