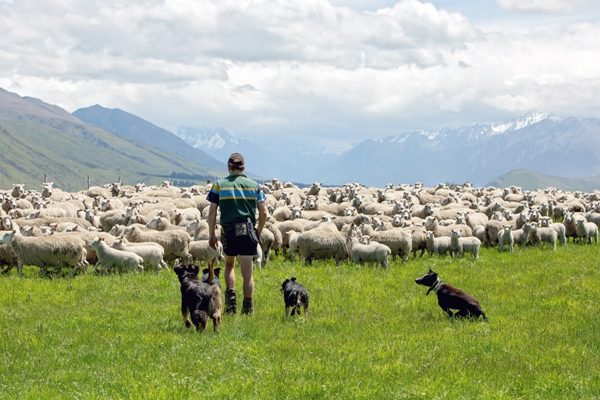 A lot can happen between lambing and weaning. Monitor mobs can help farmers identify problems and make positive changes.

The value of setting up a monitor mob over lambing was reinforced at a recent Beef + Lamb New Zealand Central Canterbury Farming for Profit evening seminar at Coalgate.

Farm system scientist Tom Fraser says farmers generally don’t have good information about what is going on in their flocks and while many farmers are happy with their scanning percentages, not so many are satisfied with their tailing percentages and weaning weights.

“For farmers to focus their management, they need to get an accurate picture of where and when the problems occur within the flock.”

“Generally, we don’t have good information about what is going on in our flocks.”

Monitor mobs generate a wealth of information and Malvern farmer Richard Friedman and Mt Somers farmer Murray Harmer shared their experience of running Monitor Mobs in 2018 and the information they gained from the exercise. Both will be running monitor mobs again this year.

Last year Richard took a group of ewes as they ran through the gate, separated them out and monitored them closely after lambing, with a particular focus on lamb growth rates.

By weighing the lambs regularly, they found the lambs grew at 350-380g/day for the first four to five weeks but then growth rates fell away quickly. Last year this drove a decision to wean early.

This year they will run a monitor mob again and have a red clover paddock to help drive lamb growth rates between five weeks and weaning.

Murray set up a monitor mob, selecting 200 mixed-age twin-bearing ewes. These ewes, which were in two mobs, were set-stocked at 12.5/ha.

Murray recorded everything; tagging and weighing the lambs at birth, recording ewe and lamb wastage and lamb growth rate. Pre-tailing growth rates were 350-380g/day. Weighing pre-weaning showed the lambs were still growing at 350gm/day but then growth rates tapered off in the four weeks before weaning.

The lambs were skim drafted at 95 days.

Murray says two or three of these ewes were growing their lambs at 400g/day, which were worth $20/week to him.

There were growth rate differences between the two mobs, reflecting a difference in pasture covers.

During a snow storm, Murray brought in four or five lambs from the monitor mob and discovered that the ewes had faulty udders and while the lambs could survive on limited milk during fine weather, they couldn’t in cold weather.

Murray will be running a monitor mob this year, hoping to identify why some ewes can grow their lambs at 400gm/day and others can’t.

Setting up a monitor mob

Tom recommends selecting a reasonably accessible paddock or paddocks and a representative sample of twin-scanned ewes (although single and triplet-bearing ewes can be used) – preferably mated in their first cycle.

Set-stock the ewes at the normal stocking rate and at the normal time. Over lambing, this mob needs to be checked once a day and information gathered about ewe and lamb deaths, assisted births and other relevant information.

A sample number of lambs (50 is ideal) should be weighed at docking, at mid-lactation and at weaning. While it is preferable to weigh the same lambs – these can be identified with a tag or raddle – it’s not essential.

Tom suggests using bathroom scales placed on a flat board to weigh the lambs. A person can hold the lamb and the weight of the person subtracted from the total weight. The ewes should be body condition scored at set-stocking, at tailing and at weaning and if possible, at midlactation.

Pastures should be assessed at the same time as the ewes are body condition scored and lambs weighed, and be given a simple one-to-four or one-to-five rating, with one being rubbish pasture and five being rocket fuel. An estimation – or measurement – of pasture masses should also be recorded.

Beef + Lamb New Zealand has a number of resources about ewe and lamb management over lambing through until weaning. beeflambnz.com/knowledge-hub/search?term=lambing

Article published in Country-Wide Sheep. This article is part of a free taster of the quality content provided in Country-Wide every month. For less than $10/month, you can receive this detailed information to help improve performance within your business.  nzfarmlife.co.nz/country-wide/
Supporting New Zealand journalism.
 Tags Sheep