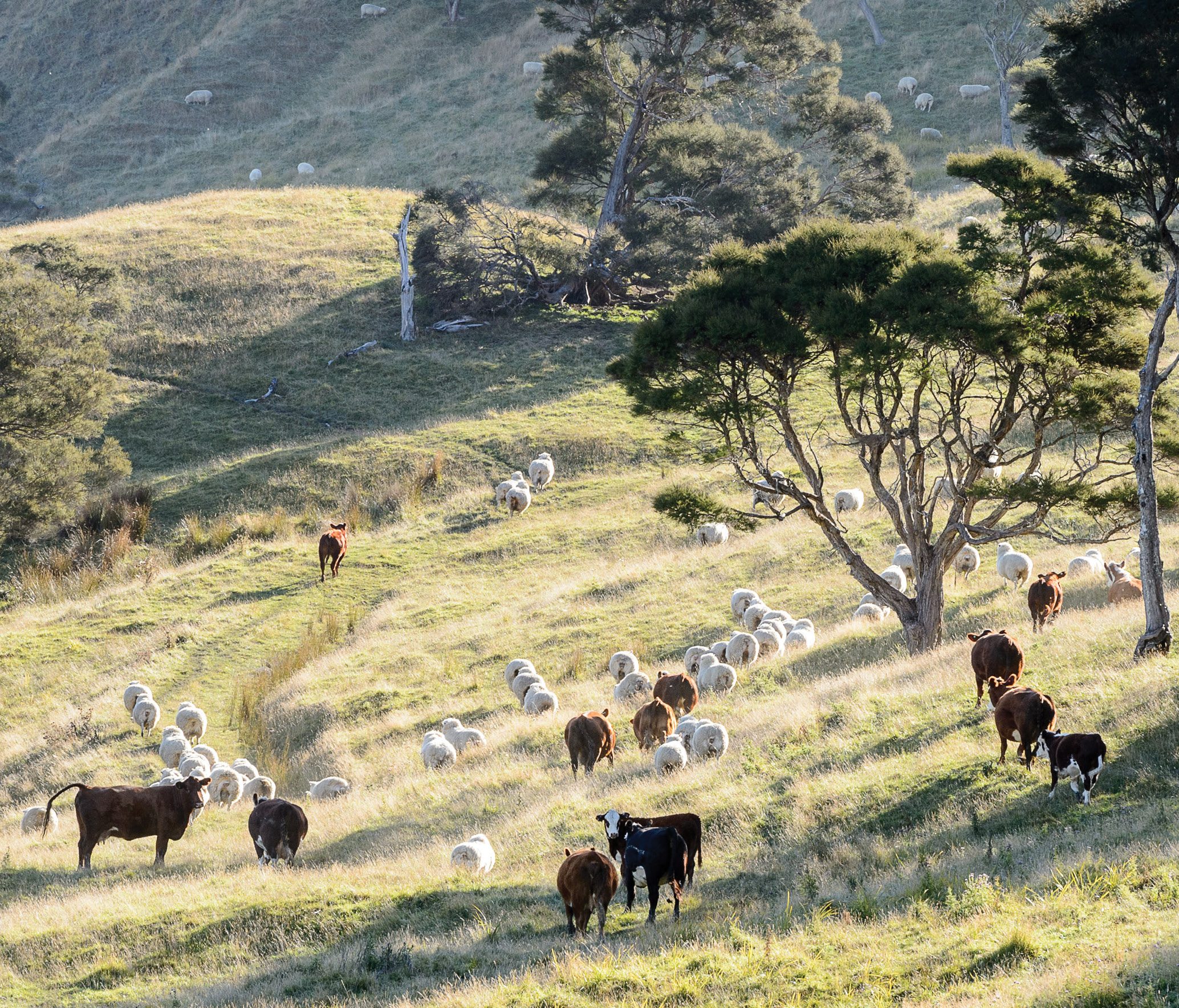 When working with farmers in all of the northern hemisphere countries I have been to, it was almost a common surprise that sheep and cattle could run together.

For these northern farmers it was the fact that the sheep and cattle grazed together that was the surprise. But a lot of that surprise was because using pastures as the primary feed resource was still either a novelty or being mastered. So why is it standard practice here?

Theoretically it should only happen when the two stock classes have the same feed demand. So cows with ewes over the winter is common and clearly both have similar feed demands.

Calving cows with lambing ewes is common but very often does not meet the feed demand of each. Cows more often than not seem to be underfed.

It is one of the aspects of our hill country systems that defies our knowledge because I am frequently surprised how well those cows perform. Obviously not at their peak, but amazingly well for how little they appear to have consumed. Maybe there is more feed available than appears to be.

Having cattle with sheep is very often justified on them keeping pasture quality. The cattle will eat that rough pasture. Really? Given the choice they will target the best stuff as much as the sheep do.

It really will be only when pasture covers get below 1200kg drymatter/ha that the cattle cannot compete for the better quality pasture. The competition from co-grazing cattle with growing sheep will always detract from the sheep performance unless pasture covers are very low.

Are there other benefits from grazing sheep and cattle together? The one that is most often cited is in reducing the worm challenge to the sheep. I think this effect is massively over-stated as an outcome. Just how much of this occurs will depend on the sheep-to-cattle ratio, the length of the rotation and the feed levels.

At best having the cattle with the sheep dilutes the worm contamination level. Instead of 15 lambs per hectare there are 12 because there are cattle, so there will be less contamination. But in reality that level of contamination needs to drop by over 50% to make any difference.

I do not see farmers drenching lambs any less frequently when they are sharing their grazing with cattle. But is that just because the 28-day need to drench is so ingrained that it happens regardless of the challenge?

On any day in the summer and autumn whether a lamb consumes 5000 L3 per day or 8000 makes little difference. It is not until it only consumes 1500 per day that we see significant lifts in liveweight gain. Having some cattle with lambs is unlikely to give that benefit.

If we are to use cattle to make a real difference instead of improving pasture quality they need to be grazed in a much more planned way.

It takes time and the time of the year is important as to how effective that is. For example, grazing sheep pasture with cattle for the winter and expecting it to be much lower in contamination by the end of the spring is unlikely.

What I find though is that it all takes more than a year. By that I mean applying strict inter-grazing to lower the level of worm challenge is an accumulating benefit. The second year gives much better outcomes than the first year, for example.

Very long rotations with cattle as part of it, but not with the lambs, is the concept I am most excited about. Perfecting that requires some quite lateral thinking on a hill country farm. That can go hand-in-hand with some of that thinking into other parts of our farming.