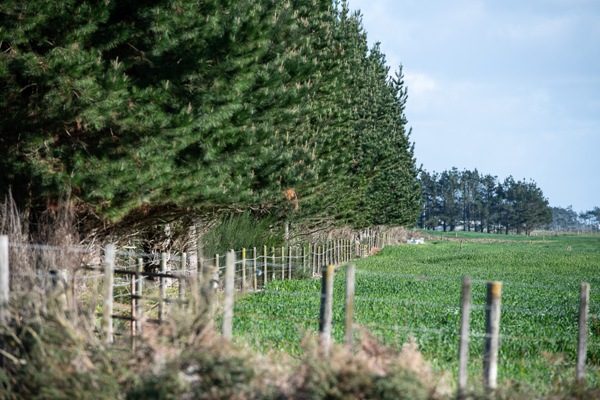 In the first of a series, Country-Wide writers look at the impact of the Government’s subsidies and assistance for tree planting which critics say threatens to sabotage rural economies and displace rural communities.

Farm sales to forestry are happening at the rate of a steam train in the Tararua region, causing a high level of stress and uncertainty for communities, Tararua District mayor Tracey Collis says.

She calculated 12 farms in the region had been sold to forestry in the last 12 months, compared with four in the previous 12 months, a number she called “significant”.
The region, which included a number of small rural support towns, would feel the social, environmental and economic impact of the changing land use, she said.

“There is a lot of speculation out there and this really is causing concern in our rural communities, and it hurts me to watch that,” Collis said.

She and Wairoa mayor, Craig Little, travelled to Parliament in late May to voice their concerns and Collis was encouraged that the Government had listened.

“Wairoa is experiencing the same challenges with forestry and the key message is that this has been incredibly fast and significant over a period of 10 months with farm sales.

“The changing landscape is really causing distress. We are used to rolling hills and livestock, and none of us are particularly fond of a mono-culture landscape of pine trees. An analogy that was used by one farmer was that the only biodiversity pine trees created was for magpies. They’re not really the bird of choice. Nothing lives under pine trees.”

Another issue that came with carbon farming was pest control and how that would be addressed.

“The other concern in the community is, with such a rapid change in land use, what is the impact on the wider community and jobs? I don’t know the answer.”
Collis said crunching basic numbers, calculated at 8.5 stock unit carrying capacity over the total amount of land lost, it was more than 68,000 stock units gone.

“It’s broad-brush numbers, but it’s enough to give an understanding. We are talking 68,000 less stock units – how does that reflect to our shearing contractors, processing companies, local vets? Those are just indirect businesses, then you have the direct job losses on the farms. If you calculate one labour unit for every 3200 stock units that’s 21 jobs gone.”

She also calculated the cost to the economy, working on the average spend from those farms sold of $25-30/su, being $1.7 million.

Collis knew of one shepherd who was unable to secure another job after the farm he worked on was sold to forestry. As a result his wife, who taught at a local rural school, resigned.

“Every conversation that you have in any rural community will involve the rate of change in land and the future cost.”

Since the Nelson fires, concerns had also been raised about preparedness and resourcing, if a fire were to break out.

“There are social, environmental and economic concerns. At the moment what we are seeing is a steam train and when is it going to stop?”

Collis and Little raised the speed of change with the Minister during their visit and what was causing it.

They also wanted to see the issue of inequity addressed, with farmers not able to plant trees to set off their own emissions. “We would like to see some equity for farmers… it sends the message and encourages plantings – in the right places.
“Fossil fuel burning companies being allowed to offset by buying farms for forestry means they are not actually changing their behaviour.”

On the flip side of the coin, Collis was worried about those who were deciding to sell to forestry.

“Some farmers want to exit for health or other reasons and for some there is no other bidder, there’s no one else there (to buy).”

She didn’t want them isolated in their own communities and have ill feeling towards their selling to forestry.

People were worried, but Collis believed the Government had listened to what they had to say and understood the urgency and what it was doing to the regions.

“I will wait and see what actions result from it. As mayor, I will continue to monitor this.”