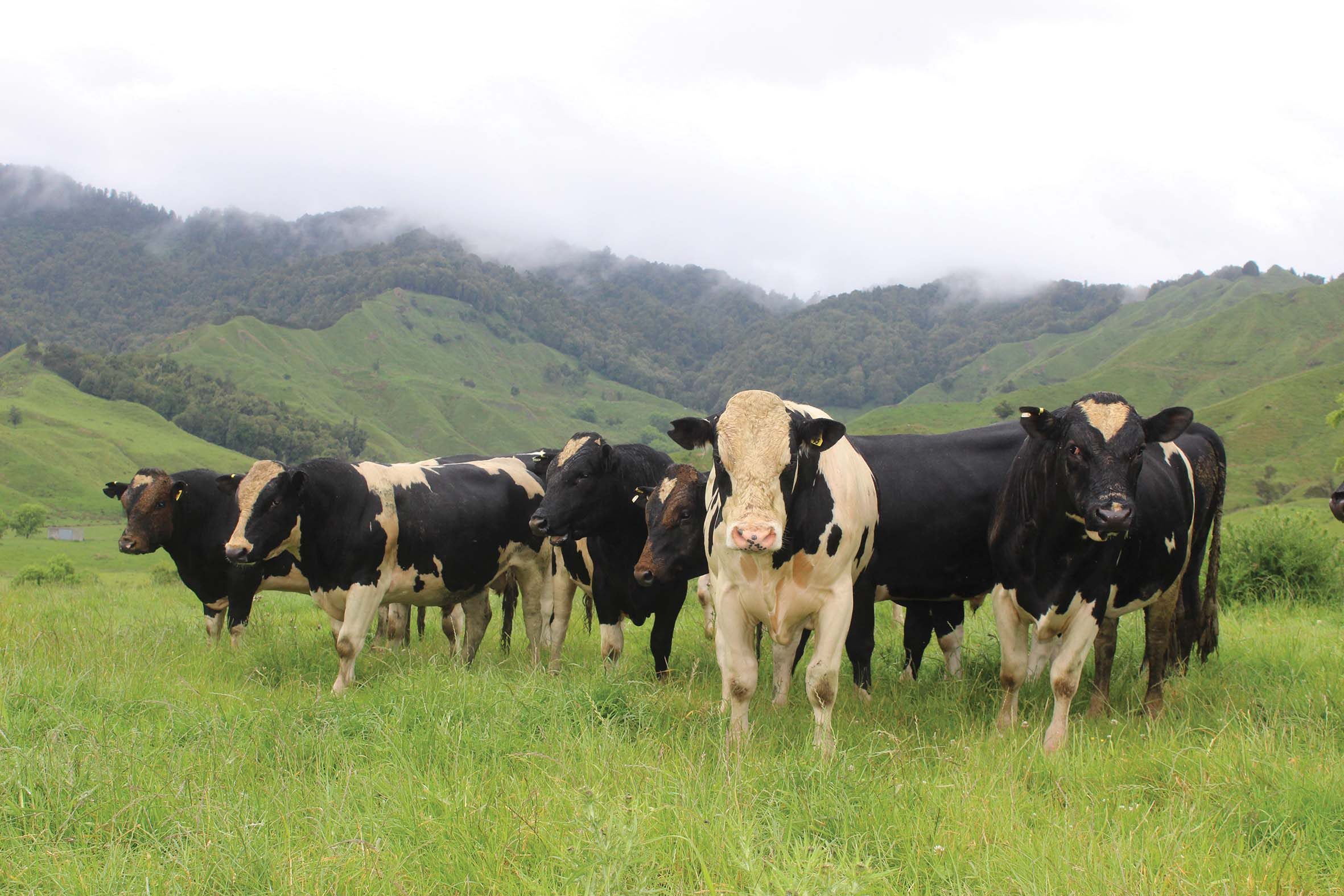 Breed, personnel and management changes have helped a King Country couple weather droughts and given them more time for industry and community involvement, as Mike Bland reports.

With off-farm commitments taking up an increasing amount of their time, Martin and Wendy Coup decided to change how they run their King Country operation.

In 2018 Martin was elected farmer-director for Beef + Lamb NZ’s Northern North Island region. Wendy is a facilitator and coach for the Agri-Women’s Development Trust.

Both jobs can see them away from their 800ha hill country farm in Paraheka Valley, south of Aria, on a regular basis.

Until three years ago they had run the farm in a family partnership with the help of casual labour, but when that came to an end they decided to employ a stock manager to handle day-to-day management.

Martin says taking on a full-time team member was a big decision, but he and Wendy both enjoy their off-farm commitments and didn’t want to sell the farm or see stock performance slide backwards.

In 2017 they employed Alex Petrucci and his wife Bronwyn, a move that has given the Coups peace of mind that the farm is being well run while they work on their other projects.

Martin says Alex is a progressive and conscientious stock manager. The Coups also employ Rick Pulman on a casual basis for fencing and repair jobs, and yard work when required.

Another major change has been the introduction of Farmax under the guidance of Waikato–based consultant Steven Howarth of AgFirst. Farmax is now used as the basis for most farm management decisions, effectively becoming another team member, Martin says. 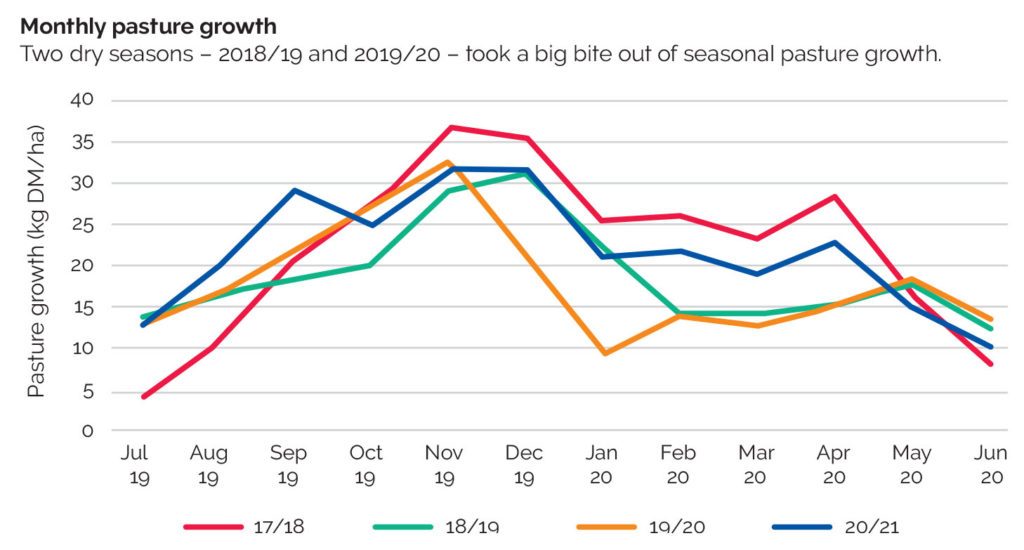 “It’s been good for us but it’s not for everyone. You’ve got to be disciplined about using it if you want to get the most out of it. There is no point in leaving it in the drawer.”

Of the 800ha farm, about 684ha is used for pastoral farming. The balance is what Martin calls a biodiversity area, made up mostly of native bush and riparian planting.

The farm has 80ha of very fertile flats, with the balance medium to steep hill. Contour rises from about 36 metres above sea level to 335m asl. Some of the steeper hill country is frequently shrouded in fog that, Martin says, can make it hard to muster the back paddock.

“But it does keep the hills warmer and we get reasonable grass growth over winter.”

Annual rainfall used to be about 1800mm but this has decreased in recent years, with drought conditions prevailing over the past two.

The Coups originally farmed Romney ewes but switched to composites in the late 1990s “to get more feet on the ground”.

But in 2010 they got hit by spring storms that killed 1400 lambs and reduced their final lambing tally from a previous average of 138% (survival to sale) to 90%.

“I think there would be many farmers in this region with stories similar to ours,” Martin says.

The situation felt hopeless and out of control.

“There was nothing we could do but get on and make the best of what we had got.”

After the storms the Coups decided to change breed to increase scanning percentages and improve lamb survival. So they switched to Coopworths, using facial eczema-tolerant rams from Redley Park, Pukeatua.

“We also wanted to feed our ewes better,” Martin says.

“The goal is to get an efficient ewe that averages 62-65kg post-lambing and produces two lambs that can be sold at 32kg.”

The flock is now almost entirely Coopworth and Alex says some very strong genetics are coming through. Stock performance had been on the rise until the past two seasons. In 2017, mixed-age ewes scanned at 194% and docked 165%, but then the droughts hit. Scanning fell to 175% in 2019, and lambing dropped to 148%. In 2020, after another very dry year, ewes scanned at 170% and docked 144%.

Ewe hoggets have been mated in the past, but the Coups and Alex decided not to mate young ewes over the past two seasons because they didn’t reach mating weights owing to the tight feed supply.

Given the right conditions, Alex says hoggets over 40kg will be mated in 2021.

He is determined to get capital ewes to heavier weights and hopes to lift ewe weights from an average of 59kg post-lambing to 65kg to improve milking ability.

The ewes were drenched for barber’s pole in late February 2020 to help them achieve better utilisation of tupping feed.

Ewes are run in two mobs. About 1600 go into a maternal mob and 1000 are mated to terminal sires. The target is to sell terminal lambs before Christmas at 17.5kg carcaseweight (CW). Surplus maternal lambs are gone by late April at 17kg CW. About 80% of lambs are finished in a normal season, the rest are sold store.

Maternal ewes lamb from September 10 and the terminals from August 25, but Alex says terminal mating may be shifted forward 10-14 days in 2021 to better match the feed curve.

There is no cropping on the farm and no supplement is made.

It’s an all-grass system that depends heavily on the weather. The past two years have been a real test for the farm.

Farming as if in Hawke’s Bay

Martin says the increasing incidence of droughts means they have had to adjust their farming system to ensure they are carrying only key stock classes through the summer months.

“The consistency of rainfall in summer is becoming inconsistent. That’s our risk period now. We have to farm like we are in Hawke’s Bay.”

For example, last year the decision was made to retain 400 winter lambs instead of buying in six-month bulls. The lambs, which would typically be sold by late April, were kept until August 5.

Martin says the lambs made 40c/kg drymatter (DM) consumed, compared with bulls, which would have made 25c/kg DM.

Another key decision was the use of nitrogen to boost pasture covers. Following the 2018/19 drought, May 1 pasture covers had dropped from 2000kg DM/ha to 1400kg DM/ha, so 60kg of N/ha was applied to two-thirds of the farm, including the lambing country and bull systems. By August 31, average pasture covers had increased to 1570kg DM/ha.

“We were lucky to get a warm winter and good growth. That allowed us to start pumping more feed into the bulls, which were 40kg behind the same time the previous year. It was also a real lifesaver when it came to feeding the ewes in spring.”

After a kind spring, Martin, Wendy and Alex then had to decide whether to buy in cattle or shut up a portion of the farm and graze it later. They opted for deferred grazing, the first time it has been used on the farm.

About 35ha of bull country was closed in late October. It will be break fed in late February/early March with the bulls on two- to three-day shifts.

Martin hopes the use of deferred grazing will lift pasture quality across the whole farm while also improving the composition of pastures in deferred areas.

The Coups and their stock manager have also made changes to the size of their bull system to compensate for lower pasture growth over the past two years.

In 2020 the farm wintered about 390 bulls. About 150 autumn-born Friesians are bought in July at 100kg LW and finished at 18 months at an average of 300kg CW. Another 120 calves are purchased at 140kg LW in July, depending on feed. These bulls will usually be carried for two winters and finished at around 320kg CW.

“Ideally we’d like to finish all bulls before Christmas at 300-320kg but we didn’t achieve that last year due to the drought, so about 40% were held over until later in the season,” says Martin.

Setting up cells for winter is a big job. Alex puts the fencing standards in and Martin and Wendy string up the wires.

Alex says they aim for a 90-day round but this can be extended to 110 days if needed.

“We like to have a few spare cells up our sleeve in case the weather turns really bad.”

Spring-born calves typically grow at about 300g LW/day over the May to October period and the autumn-born calves average around 800g LW/day.

“We open up as soon as we can see grass in front of them,” says Alex.

“Growth rates will jump to 1.5-2kg/day when we are really riding the grass curve.”

Breeding cows, along with the two-year bulls, are used as a clean-up mob if pasture quality starts to decline.

The farm runs about 140 Hereford-Friesian cows. Bought-in heifers are mated to Angus bulls and the mixed-age cows go to Simmentals.

Martin says the farm’s sheep-to-cattle ratio usually sits at about 50:50.

“Our cattle numbers are probably higher than most farms in the district but that’s because we have good contour for cattle and we try to farm to the farm’s strengths.”

Preventing sediment run-off has been a priority in recent years.

Martin and Wendy have fenced off all the major waterways that cross the farm, planting some with natives such as flax and manuka.

Waterways on the steeper contour have been planted with willows, which have also been space-planted in the hills for erosion control, shade and forage.

The farm has been carefully mapped out according to soil type and contour to minimise the risk of erosion and sediment run-off. Stocking rates are low on the steeper country.

Martin says when they started planting they had to decide whether they were going to plant trees for beauty or for sediment control. They figured the latter was more important.

But, he says, the plantings and bird life that come with the trees give real pleasure. And stock come running when the willow branches are chopped.

The Coups are in the process of fencing off 4ha of native bush that will begin to regenerate. Martin says they would have liked to have fenced off more bush in their earlier years on the farm but weren’t in a financial position to do so. They are now reaping the benefits of development work carried out over the years, and this has freed up time and money for environmental projects.

“Our costs are under control, we’ve got water in every paddock and we are replacing older fences as we go along.”

As a director of Beef + Lamb NZ and a farmer, Martin takes a very strong interest in the debate on environmental regulations.

He understands why farmers are concerned. Many have already made a significant effort to improve environmental management.

“I think most sheep and beef farmers worry about what we have to do. But when you look back and reflect on what’s been done so far, it’s surprising how far we’ve come,” he says.

“We’ve got some of the best pastoral farmers in the world. We just have to tell our stories better.”

vamtam-theme-circle-post
 Category Country-Wide
Former trade and agriculture minister Lockwood Smith may be retired from politics but he is...
 Tags Business, Country-wide June 2022
Read More

Chloe Davidson: The importance of being present as a familyCowManager: Nutrition the key to on-farm efficiency