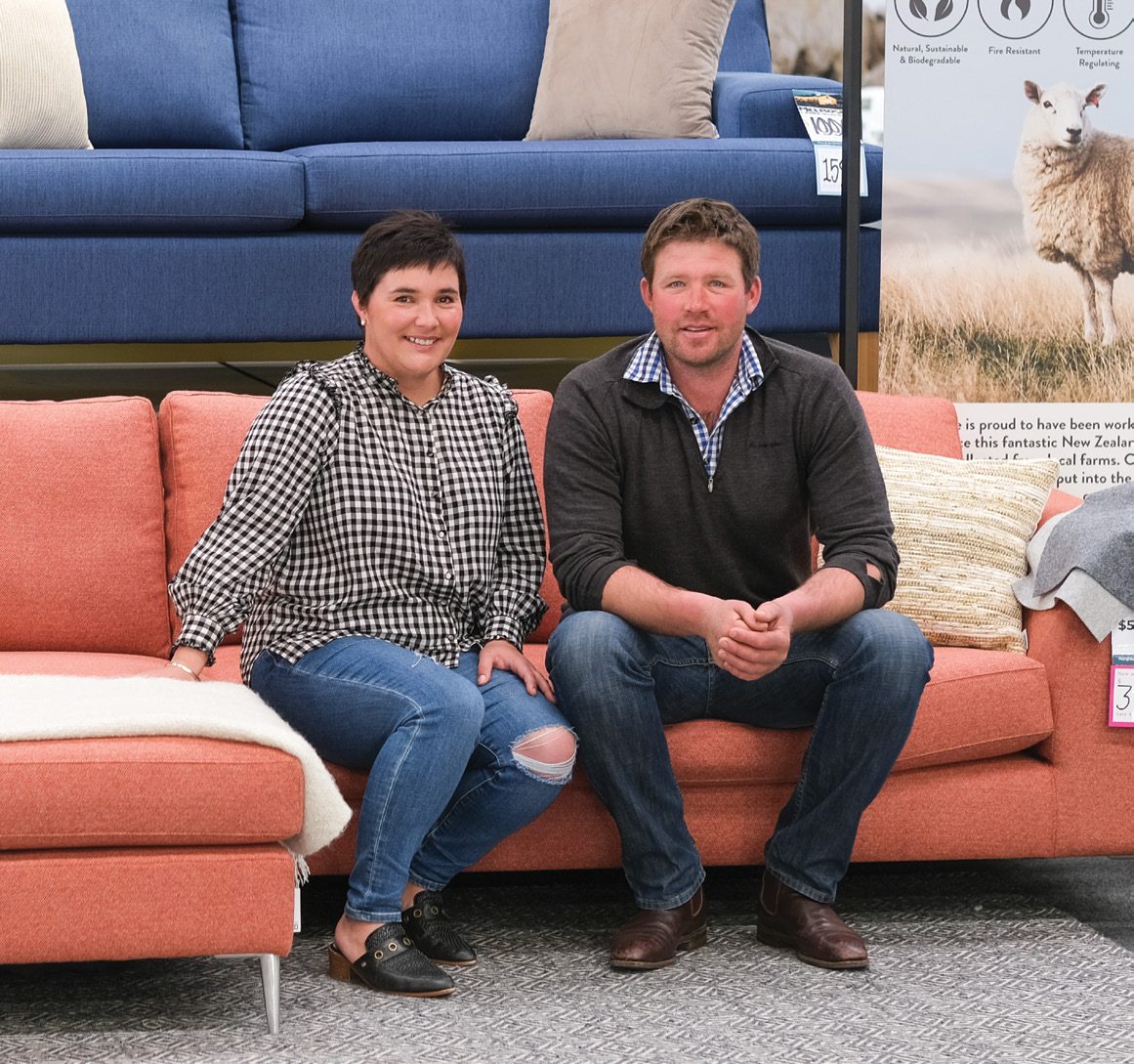 HAWKE’S BAY FARMERS ROBBIE AND MONIQUE Schaw couldn’t believe their good fortunes when Country-Wide called to say they had won the Akitio chaise lounge from Big Save in our recent subscriber prize draw.

The couple visited Big Save’s Napier store in late September to select their colour and it is now being manufactured for them in Big Save’s plant for delivery in the next few weeks.

He was surprised that almost the entire couch, apart from its feet, is made from wool.

“It’s not full of foam rubber. It’s filled with wool and was really comfortable to sit on.”

They chose a dark grey colour and Monique has already mapped out where it will go in the lounge of their home at Arohiwi Station. Robbie manages the station at Puketitiri close to the Kaweka Ranges for the owner, Presbyterian Support Services East Coast.

About 90% of lambs are finished on the station each year. Steer and cull heifer progeny from the Angus herd are also finished on the property. Most are gone at about 18 months, but a small percentage are taken through a second winter and killed in the spring.

The 1000-hectare hill country station runs 5000 ewes and 300 Angus cows. Robbie has been managing there for just over a year, working closely with local farm consultant John Cannon who oversees the station for its owner.

Since taking over, they have moved to single shearing the ewes in December to ease feed pressure after the usual pre-lamb shearing date in June. Robbie says his plan is to return to a mid-winter shearing in the future, once he is confident the feed is there for them.