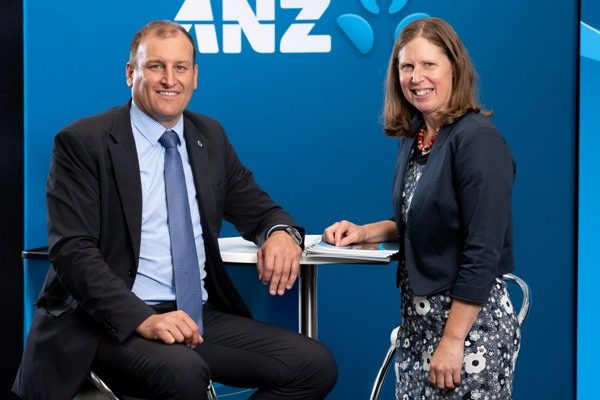 At the Pasture Summit in Hamilton and Ashburton ANZ agriculture economist Susan Kilsby said analysis of client data showed that in Waikato, for every extra dollar of costs – where costs include feed, wages, repairs and maintenance and depreciation – operating profit fell by 50c/kg milksolids (MS). In Canterbury the drop was 40c/kg MS.

Kilsby explained the analysis was carried out on client data from 2013 to 2017.

“As the amount of feed bought in goes up the system tends to get more complex and other costs go up too – wages, repairs and maintenance and depreciation.”

The data showed a farmer in Canterbury spending $3/kg MS on those expenses made $130,000 less operating profit than a farmer spending $2/kg MS, Kilsby said.

When ANZ client data was divided into thirds based on cost structure the cost centre showing the greatest difference was feed.

In line with other benchmarking and monitoring data analysed in NZ, such as DairyNZ’s DairyBase, there was a very strong correlation between pasture utilisation and profit regardless of the type of farm system being run.

Capital gains had traditionally provided a “get out of jail card” for high debt situations but farm prices were easing, the higher returns from dairying relative to alternative land uses was decreasing and risks to future incomes streams were being factored into investment decisions.

With capital gain no longer able to be relied on and market uncertainty prevailing there was a strong need to consistently achieve positive operating returns.

When debt levels were analysed from 2013-15 and from 2015-17 regional differences were apparent.

In Waikato more farmers had been able to reduce debt during the better payout years of 2013-2015 than increase it whereas in Canterbury overall debt exposure remained the same with as many farmers increasing debt levels as decreasing them.

But during the lower payout years from 2015-2017 significantly more farmers in both Canterbury (83%) and Waikato (69%) increased debt levels than decreased them.

In Canterbury only 17% of farms were resilient enough to manage through the lower-income years without increasing debt. In Waikato that number was higher at 31% but still accounted for less than a third, she said.

In Canterbury the average debt level is just over $22.50/kg MS with a significant variation around that average.

In Waikato the average debt is slightly lower at about $21.75/kg MS.

Kilsby said the data showed highly leveraged systems were more prevalent in high-cost farm systems and the level of debt did not bode well for the future.

That’s because higher debt levels reduced resilience even further and meant those farms were more exposed to financial risk such as increasing interest rates.

In Canterbury, for instance, a 2% increase in interest rates would decrease profits on high cost structure farms by a huge 80% taking net profit after tax from 45c/kg MS to 9c/kg MS, she said.

On the low-cost Canterbury farms the net profit after tax would drop from 87c/kg MS to 49c/kg MS – still a significant fall of nearly 50% but leaving some breathing room.

For the average Canterbury client, a 2% interest rate rise would wipe $165,000 off their bottom line.

So that 2% interest rate rise for Waikato clients would mean an average drop in profit of $80,000 – being the increase in interest cost for the farm, Kilsby said.

ANZ regional manager and head of corporate agri banking Mark Grenside told the close to 900 attendees at the Pasture Summit that profitability margins in terms of earnings before interest and tax (EBIT) were similar to where they were 20 years ago.

“So we’re very much dependent on what happens with interest rates for profitability and survival,” Grenside said.

Events such as the global financial crisis had changed the requirement from banks and regulators to have to fund a greater proportion of lending from domestic rather than international funds – so NZ deposits.

“So one key thing to remember is that we can really only grow in New Zealand now as fast as we can save,” he said.

Because of NZ’s size and exposure to global economics banks here had to be “unquestioningly strong” in terms of the capital they had to hold.

Their risk assessment of clients and lending propositions focused on how the would-be borrower conducted themselves in terms of their financial activities.

How had they behaved when they’d borrowed money previously, did they have a business plan, what were there strategic plans, did they have milestones and what had they achieved already?

They stress-tested the viability of the proposal under a range of scenarios.

If the business and proposal is strong then there’s likely to be more flexibility around lending terms and requirements from the bank but the weaker it was the less flexible those terms and the greater the controls the bank may want over the business.

Farmers could run the ruler over their business in a similar way to the bank by taking the bucket test.

Grenside said the five assessment areas could be seen as holes in the bucket and like fixing holes in a bucket you should start at the bottom first:

People – when thinking about people in the business think about character and competence, think about mindset.

“Your attitude determines so much of what you do. The people we want to get into business with understand what their purpose is, they’re doing things to build their skill set, they’re building networks, building knowledge.”

They’re also thinking about self-development and development of their staff.

System execution – no matter what the system it must be well understood, simple and repeatable so it can be executed well.

Financial stability – know your numbers, understand your balance sheet and operational performance. Have a dashboard that includes the financial key performance indicators (KPIs) as a well as production KPIs.

“With static milk price and limited capital gains one of the things we have to focus on is what these net operating costs to build stability.”

From the banking perspective paying down debt not only makes the business more resilient it provides capacity to support your own development and growth.

Be future ready – so understand what challenges will be, how will you govern your business in the future, what do you need in terms of skills to run your business.