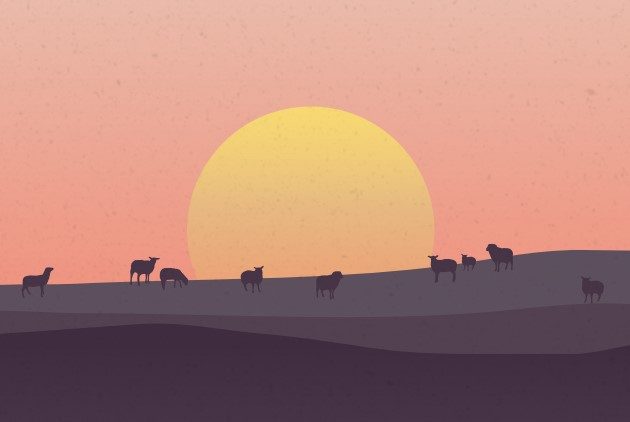 With more than 30 years of sheep farming behind him, Paul Burt hopes to see a halt in the decline of the industry.

When you stick at something long enough you witness a world of change. In 1988 farms were relatively cheap (ridiculously so in hindsight) but with interest rates at 20% my brother and I didn’t have enough capital to make the risk worth taking.

Lamb prices were depressed but we saw an opportunity in a big lease block and tendered for it on the basis of an all-wool, low-input policy. Shearing costs were 10% of the value of a full fleece. We made the shortlist but eventually missed out. The ROR was potentially very good but it’s crystal ball gazing to guess where a successful bid might have taken us.

It wasn’t too many years after that I attended a presentation about the economic potential for keratin powder made by reducing wool fibre to it’s base components. It was a surprise to see in last weeks’ press, the process being reclaimed as a breakthrough.

An optimist would say “ Ah, but this time it’s different, the messages are changing and presently there is an appetite for a new SUSTAINABLE direction”. To some extent this is true as the “green credentials” of nearly all activities are now part of the conversation. My hope is that the opportunities that arise from this redemptive approach will this time transpire into real cash for the industries involved.

It’s hard to imagine a more stupid and dangerous way of making decisions than by putting those decisions in the hands of people who pay no price for being wrong.

It comes down to the quality of the decision making and the last word on this goes to Dr. Thomas Sowell, a United States economist:

“It’s hard to imagine a more stupid and dangerous way of making decisions than by putting those decisions in the hands of people who pay no price for being wrong”.

Thirty three years later we are still farming sheep but they are much more productive sheep than those we started with. This change has been in response to economic, climatic and biological challenges that we have had to adapt to in order to keep sheep farming a viable part of the business.

Genetics has enabled us to overcome one of the biggest limiters to sheep production in coastal Bay of Plenty, facial eczema. The Coopworth Breeders  Association were some of the first to selectively breed for FE resistance so that’s the way we went and now, despite the challenge getting worse our flock is 99% protected.

In parallel with animal health and fertility improvements we’ve learned to feed sheep to their potential. Our main performance indicator for the sheep flock is to maximise weight of weaned lamb per ewe. To get well on the way to a ewe’s body weight of weaned lambs means only replacements are carried over summer.

Simplicity dictates an all-grass system and keeping ewe BCS above 3.5 all year round and selling lambs store when prudence builds the necessary buffer into the system. A 50/50 sheep/cattle ratio is very beneficial for parasite and pasture management.

Sheep are a better stock class on steep slopes with light soils and around waterways that are impractical to fence. The higher intakes of breeding animals and their offspring allow much greater utilisation of rampant spring growth. The more of this that goes down the throat of an animal wintered the less risky and more efficient is the stock policy.

Because we are good at it and because so much of New Zealand hill country is ideal for sheep farming it will be a tragedy if the decline in the national flock is not halted. There will be no dramatic production gains to shield us this time.

The situation seems to rest precariously on the position of the Chinese in the sheep meat market. If this underpinning disappears and wool’s salvation is not timely, we could indeed be a sunset industry. If the unthinkable happens and we fade into obscurity with distress and disappointment rife in the workplace, there will be one last thing to do. Feign hurt and indignation and demand a full apology with compensation.