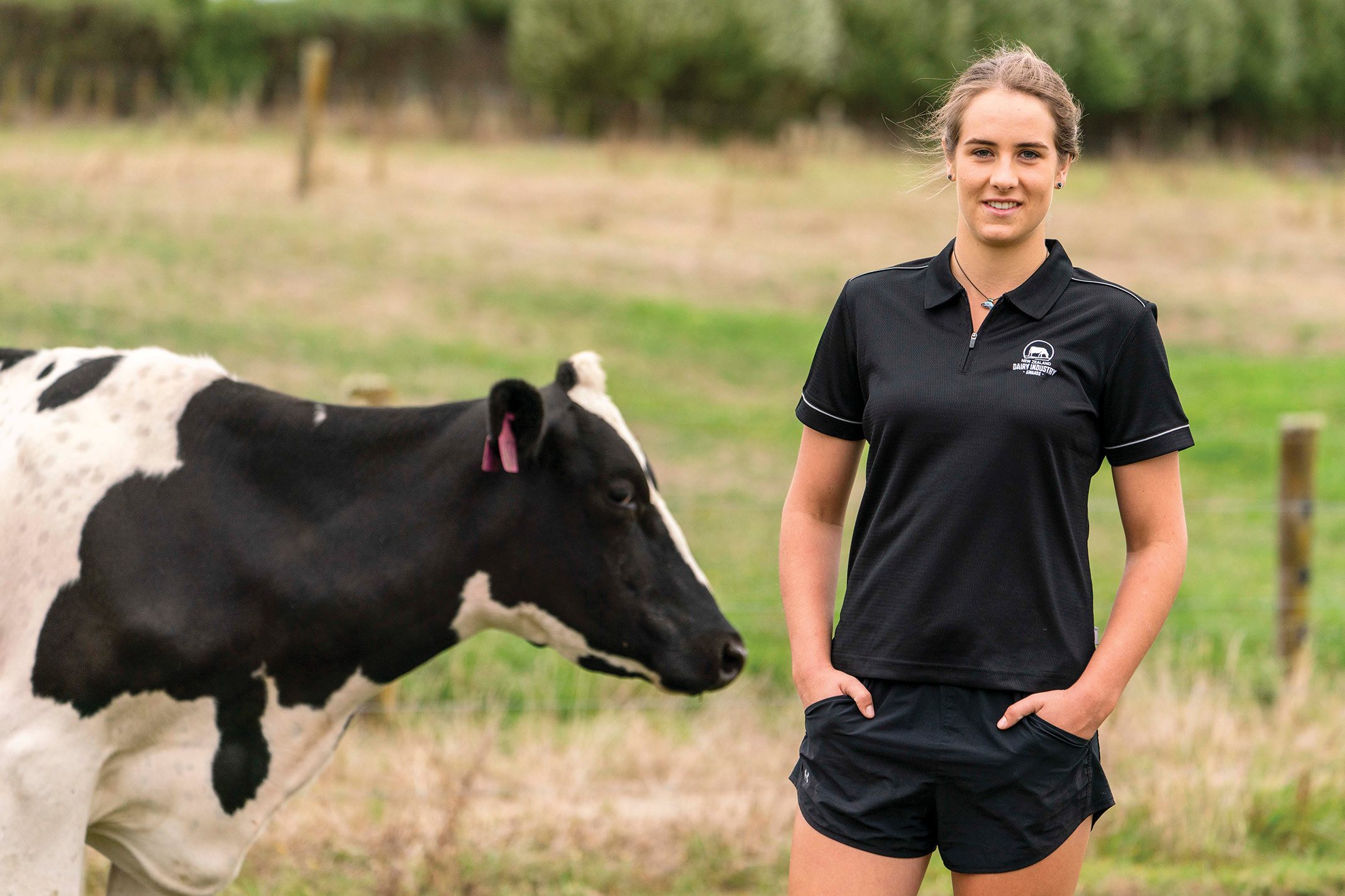 Grace Gibberd works on an unusual dairy farm – where milk production is not the prime focus.

“Number one priority is research, followed by milk in the vat and I love that combination of science and practical work,” the 21-year-old 2020 Waikato Dairy Trainee of the Year says.

Her role as farm assistant on DairyNZ’s 115-hectare Scott Farm at Newstead, milking 360 cows is an ideal mix for her personality and qualifications as Grace holds a Bachelor of Science, majoring in agricultural science and minoring in animal science from Massey University.

“During my studies I worked as a farm assistant on dairy farms in Huntly and Ashburton for summer placement.”

She joined the team at Scott Farm in December 2018.

“I’m really grateful for my position on one of DairyNZ’s research farms. It’s a unique opportunity which has developed and taught me so much.”

Learning more about the practical side of farming alongside the chance to extend her scientific knowledge, was the motivation for Grace to apply for a position at the research farm.

“I grew up near Hamilton on a lifestyle block with a house cow, some beefies and a few pet sheep. Having very little onfarm experience has meant a steep learning curve to get myself up to speed with practical skills. I’ve come a long way from where I started.”

DairyNZ’s larger-scale farming systems research trials are based at Scott Farm where the focus is on farm systems research, and this is done using farmlet and pasture plot trials.

“Lye Farm next door is more focused on animal research but there is a lot of cross-over between work on both farms. However, research work does have an impact on the herd’s milk production from time to time.”

Thanks to her academic background Grace talks the same language as the scientists working on both farms and finds it stimulating and valuable to learn from them and be involved in their work.

She loves being outdoors and with the animals but also enjoys the “book work” including taking part in planning trials and recording outcomes.

Some of the pasture research has been challenging due to this summer’s drought. “The weather has put some of our trials under pressure.”

Grace entered the dairy awards for the first time this year. “I wanted to challenge myself, put myself out there. Several of my friends had entered before and encouraged me to give it a go.”

Keen to stay at Scott Farm until at least the end of the year, Grace then wants to progress to a 2IC position and on up the career ladder to herd and farm management.

Outside of work Grace enjoys social sports including touch, netball and volleyball. As Scott Farm is so close to Hamilton, she has easy access to city life outside of working hours too.

Question: What do you love most about dairy farming?

Answer: “There’s a lot of things I love about farming such as working outdoors doing physical work, working with animals and working on the planning and management strategy side too.”

Runner-up in the Dairy Trainee category was Leah Connolly from Otorohanga and third was Emma Rauhala from Newstead.