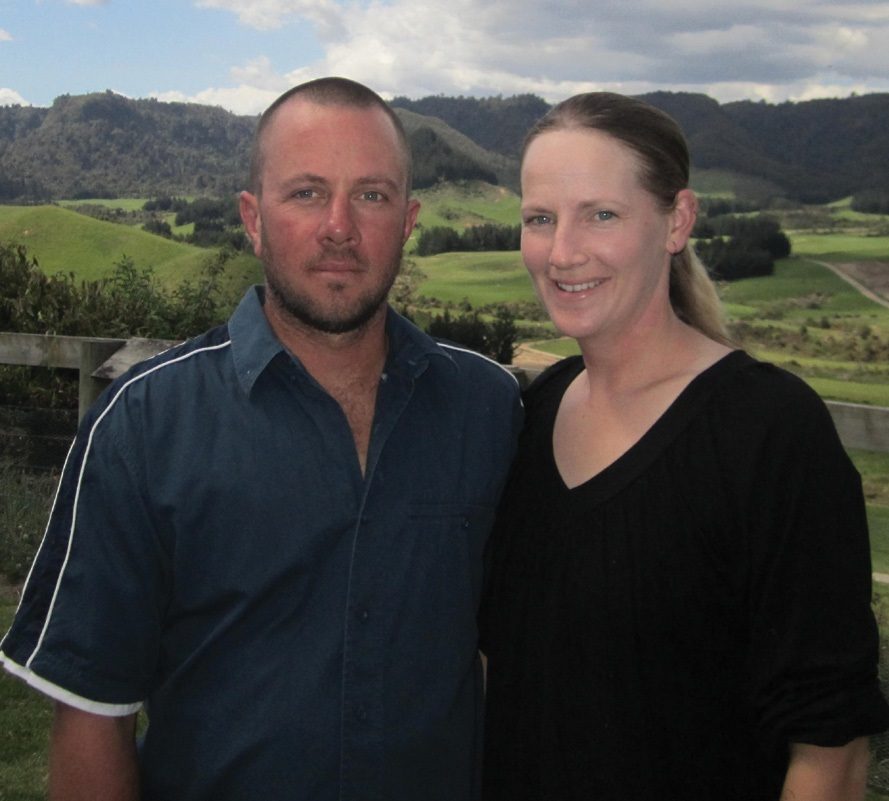 Many farmers spend their entire careers mastering the physical tasks on a farm but still struggle to run an effective business.

That’s why Matthew and Kelly Fowlie decided to enrol with Primary ITO and each complete a Diploma in Agribusiness Management.

“It fills in the blanks that you’ll never get working onfarm doing the physical side of it. Even with a good employer on your side, I never would have got the depth of knowledge and ability that I got by doing the course,” Matt admits.

The 38-year-old was first introduced to Primary ITO while working as 2IC on an 1100-cow farm west of Huntly.

“My boss said to me ‘you need to go do a Level 4 paper’ so I jumped straight into that. From there I just kept doing the next one. I saw the diploma and signed up for the business and finance module. That was quite an eye-opener. I knew how to work and milk the cows but I had no idea how to run a business, do cash flows or approach a bank for money or anything like that. That course was gold.”

By 2016 Matt’s wife, Kelly, also decided to enrol in the diploma to improve her knowledge and challenge herself. By that stage they were contract milking in Tokoroa and were trying to work out how to reach their ultimate goal of farm ownership.

“I was talking to our tutor about our future plans and she pointed out you don’t always have to be big to be profitable. We thought we had to go sharemilking with 500 cows but saving that much for a 40% deposit is huge. I thought it would take us seven or eight years of contract milking to save that money.

“But she convinced us to start lower and work our way up. Once you’re in that sharemilking game you can then keep growing. It was from that conversation that I then went home and said to Matt ‘right, this is what we’re going to do’.”

The couple are now 50/50 sharemilking 180 cows on a 50ha farm at Manawaru, between Matamata and Te Aroha. Matt says going from milking 950 cows down to 180 did feel like a giant leap backwards at first. “But we’re paying off an asset now rather than just having cash in hand. Now we have equity and every year our equity is growing because every year our cows reproduce.”

Completing their diplomas has made the couple realise how important it is to find the right farm where you can grow good grass and try and make milk profitably.

“It doesn’t matter how small you start, once you’re in, you’re in,” Kelly says. “Then you can keep building. Our next step is to buy 400 or 500 cows, and from there we’ll be looking to buy our first farm. Within eight or 10 years we’ll be on our own farm and milking our own cows.”