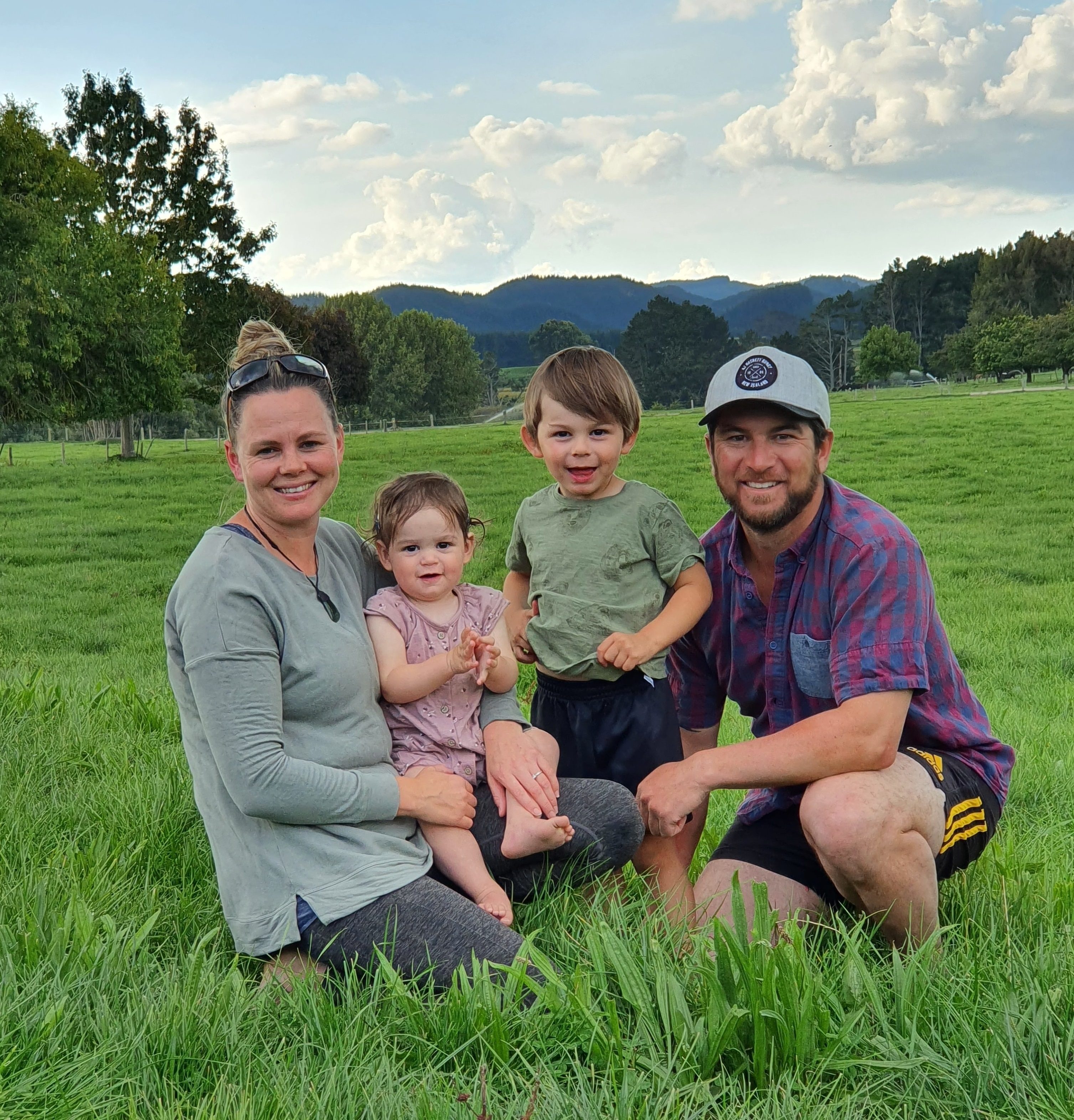 Twelve years of driving tour buses has given Mark Rivers a suite of skills that have made his transition to dairy farming an easy and award-winning one.
The 38-year-old farm manager from Tokoroa has taken out the 2021 Central Plateau Dairy Manager of the Year competition, after only three years back in the industry as a farm manager on Brett and Karen Sterritt’s 98ha 400-cow Atiamuri property.
He grew up on a dairy farm and attended Taratahi Agricultural Training Centre in 2000, a foundation that he credits with giving him the stockmanship skills he is now finding very useful.
His farm owners have remarked at herd testing time at how calm and relaxed the cows are now – saying they were quite flighty when he arrived at the job.
“Feeding calves and milking when I was growing up and going to calf club are great ways to build up a stock sense.”
After a few years in the industry he did a European Contiki tour when visiting his grandparents who lived in the United Kingdom. With a UK passport, he was able to secure a job driving for the company.
“I drove around Europe quite a few times over a six-year period and then around New Zealand for four years for the same company.”
He credits his time tour bus driving for giving him lots of people skills and a different perspective on life.
“When you are a bit older you know what you want – when I was young I was all about playing rugby and chasing girls – hence the bus driving,” he laughed. “But now I know I want a future in the dairy industry and I can see how to get it.”
“Driving for tour groups gave me the ability to adjust to lots of different situations and to find common ground between two parties when an issue arises – I am really adaptable and have better skills to deal with staff.”

Rivers entered the Awards to gain some perspective on the next step for his family and identify areas to improve and says the process has given him the confidence to really back his skills.
“My employers really encouraged me to give the awards a go – they have always given me the drive to be in the top 5% of performance and to continue to better myself.”
Since he entered he was approached through friends with the offer of a contract milking position on a 630-cow, 220ha milking platform at Lichfield north – which he has thrown himself into organising for next season.
“It came out of the blue, through mutual friends and looks like a fantastic opportunity that fits in with our 10-year plan.”
“We will have the opportunity to raise stock at the new farm and there is scope to move to being a 50:50 sharemilker there in five or six years time, by which time we will have our own cows in the herd, so it’s ideal.”
Mark lives with his fiancee Monique and their children Bodhi (3) and Thea (1) and while Monique is not originally from a farm, he says she is super-stoked to be progressing their plan so readily and is very keen to be more involved when the children are old enough.
“I came back to the dairy industry in 2016 as I enjoy working outdoors and doing the variety of jobs needed to be a farmer, and we really want our children to grow up in the country as I did.”
He won $8150 in prizes and two merit awards. When he worked on dairy farms the first time the intensity of the system was much lower, Mark says, which has meant a learning curve for him in diving into a management role after a couple of years on a large-scale dairy support property.
“Different systems had developed and I came back to a system 4/5 farm which was different to the system ½ style of farming I grew up with,” says Mark.
He says one of his strengths is maintaining pasture quality and utilisation. Mark puts a lot of effort into continually monitoring pastures to ensure they are hitting their residuals and maintaining quality.
“I am pretty proud that for the first time in 10 years this year the farm had a surplus to shut up seven hectares of pasture and make silage – by keeping on top of the quality we were able to make supplement from the grass – the cheapest form of feed.”
Improving the six-week in-calf rate from 69% to 77% in his first year of managing was another highlight Mark said.
Alongside irrigation over 90ha of the farm, Mark credits the farm’s herd home as a strength of the business. “It allows us to house cows overnight during the winter months and limit damage to pastures as well as efficiently use our supplements,” he says.
“We also calve in the herd homes which is easier on the cows and calves, not to mention the staff.”
Mark is excited about the technological advancements that enable farmers to make real-time decisions, leading to a more cost-effective and environmentally-friendly farming operation. He enjoys spending time with his family and getting away from the farm to play two or three games a year for the local cricket club.
“My family drives me during the harder times and I genuinely enjoy getting up to the challenges of farming. I know the hard times are going to make me better equipped to make decisions in the future.”