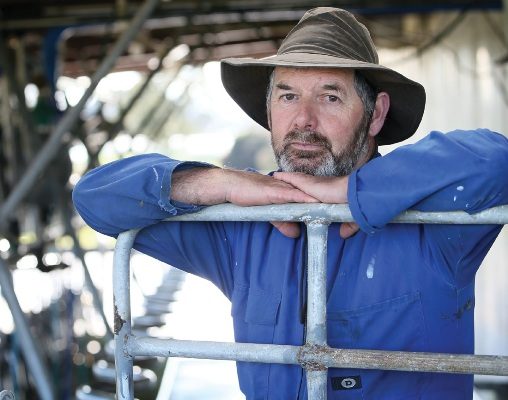 George Moss says it’s not all doom and gloom on the
farm – there are still plenty of positives in dairy.

Don’t let the bastards grind you down.

It seems that every newspaper and social media crusader is having a crack at livestock farming but dairy in particular. Add this to stories of dairy’s high level of debt, falling land values and bank pressure to reduce that debt. Increasingly there are potential constraints on production increases because of climate and environmental legislation, and we now have learnt that the GM gurus have just synthesised mozzarella cheese.

Most of the comments around Fonterra’s fortunes or lack thereof are either highly emotive, taking some facts out of context, or made by people who have no understanding of the company or the context that decisions were made in. That’s not even mentioning the commentators with alternative vested interests.

Forgotten is the effort by the minority of the population (farmers) in the thousands of plantings, riparian strips and production of world food.

It can all be quite overwhelming and one can find oneself doubting the future for dairy farmers.

How do we respond? By understanding the context and how that is evolving and by focusing on those things we can influence.

The critics only have the time and energy to be media warriors because globally farmers have become very efficient in producing cheap food for urban populations.

Our economic model is based on cheap food sources. That is now becoming challenged by resource constraints, and increasingly urban populations have little ability to produce much for themselves.

Non-farming people only have time to be lawyers, politicians, teachers or environmental crusaders because they are freed from the daily drudgery of producing or catching nutrition. It does not matter whether they are omnivorous, vegan or vegetarian, somewhere a farmer or grower harvested, milked or slaughtered something living, so they can eat. It is noticeable that those advocating alternative diets and milks are those with high discretionary incomes, who can participate in all the choices growers bring.

That is changing and they will get swept up in it – the avocados and other discretionary foods are great when you are well off but when people start feeling poor they usually come back to nutrient density. If in doubt, watch the buying behaviour in supermarkets.

In England during WWII child mortality fell because poorer families had meat and milk available through rationing. Forgotten are the health benefits that school milk brought to children’s teeth and general wellbeing. Unfortunately, many families in this fair land would benefit more from a glass of milk than two-minute noodles or 250 grams of lettuce. My one fear is that those who would most benefit from dairy nutrition have the least access to it, which is why milk in schools is important.

As farmers, and as dairy farmers in particular, we should be proud of these facts:

We need to believe in ourselves and use the rapid pace of change to our advantage.

As my late father said – Don’t let the bastards get you down.