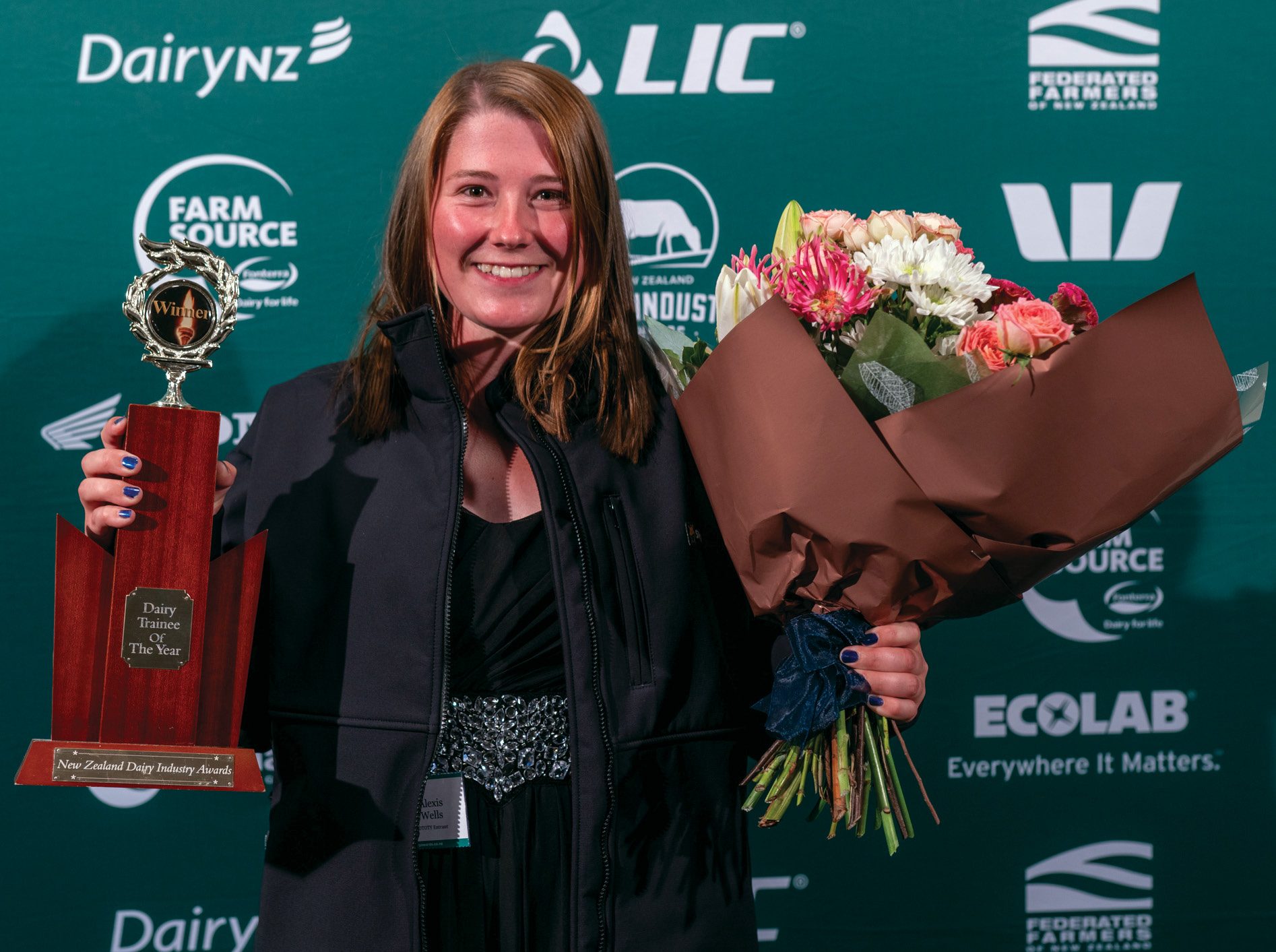 Lifestyle is the key attraction in the dairy industry for Alexis Wells who won the West Coast-Top of the South Dairy Trainee of the Year award.

The 21-year-old grew up on the family dairy farm near Reefton, a tiny West Coast town that has changed little through the decades, and now she is working on Pamu Farms of New Zealand’s 307-hectare farm south of the town. The farm milks 670 cows and Alexis has between 10 and 15 cows she would class as favourites which is all part of the appeal of the job.

“I always knew I wanted to work with animals. But if you’re too nice to your favourites they won’t walk for you!

“I think once you get used to the herd, it’s easy to build your stockmanship.”

Working with animals and the challenges of dairying were ingrained at an early age on the family farm. Back at school, holidays and weekends were usually spent on the farm, and she always knew she wanted to work with animals. Yet she worked in the local supermarket when she first left school. It wasn’t long however before a casual relief milking job got her back on to a dairy farm and that led to a fulltime farm assistant job with Pamu Farms of New Zealand.

Now she is assistant production manager in a four-person team on the farm and building knowledge through experience as well as Primary ITO courses.

Pamu Farms of New Zealand has encouraged staff to study through Primary ITO and the staff have the benefit of the rest of the team learning from a tutor once a fortnight and studying together. She is now working on level 5, production management, and has a clear view of the pathway she wants to follow, with the dream of owning her own farm down the track.

“The plan is to move up to 2IC when the opportunity becomes available and then up through the ranks. Eventually I’ll look at lower-order sharemilking.”

It’s the third time Alexis has entered the awards and perseverance paid off to achieve her goal of winning the region’s trainee award. Her ultimate goal would be winning this year’s Dairy Trainee 2020 and she says it would have been great if the national awards ceremony could have taken place in Auckland. Next year, or maybe the year after, she says she will be entering the awards again, but she will be competing for the farm manager award.

Alexis won three of the five merit awards and won $6050 in prizes.