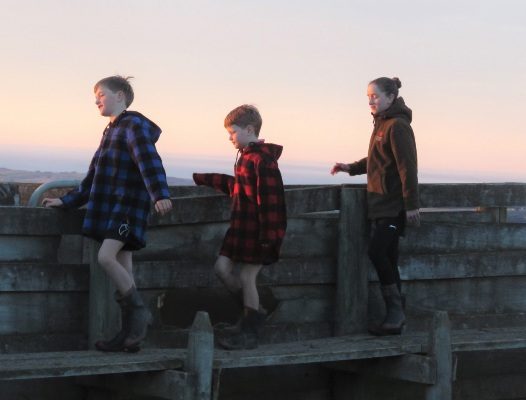 Blair Smith in North Otago reflects on a good year on the farm despite clouds on the political horizon.

As another year in paradise draws to a close, time in the tractor seat means reflecting on the year that has been. A pretty good combination overall – strong red meat prices, great lambing and calving out in the tussocks (despite two snowfalls mid-spring) a reasonable Perendale wool price ($6.40/clean), low interest rates, higher than average number of workable hours done by wife on the farm, yet outside the gate we are being shafted by every political muppet the Beehive has to offer.

“We don’t hate farmers, we actually quite like them,” would be quote of the year by the Green Party’s Chloe Swarbrick from her highchair “and that is why we are going to help them retrain into another career option”.

How generous of you Chloe. So we’d better ‘down tools’ from producing your free-range food to retrain as one of the 5000 extra bureaucrats needed to sow the emperor’s new clothes (aka the carbon emissions scheme).

Not sure we could get any closer to socialism if we tried – with a coalition attempting to govern the country through popular vote on social media and sub-contracting out any important decisions with referendums and advisory groups.

Seeing John Penno and his smarmy army up on stage at a Fresh Water Accord meeting taking the moral high ground (while conveniently forgetting his catalyst role in converting hundreds of Canterbury hectares into dairying) and getting paid $1000/day to do so made me want to come home and rip up my tax return.

Watching the lifeblood of our local communities at risk while Shane Jones and his merry muppets throw out a $3 billion lolly scramble and spend $49 million on projects such as teaching the iPhone virtual assistant Siri to speak Te Reo and paying out $33m/year of social welfare to gang members, makes me wonder just how much Golden Bay hay really is being smoked up in Wellington.

While I found myself switching off to most of Jane’s quotes during the last few days in the tailing pen, I did like this George Orwell line: “A government that robs Peter to pay Paul can always depend on the support of Paul.”

I’m lucky that one of us is just as happy at the end of a pen writing a submission as she is using a handpiece or drafting gate. I hate to think how many hours farmers have spent penning submissions that may only line a bin in some bureaucrat’s office in lieu of a plastic bag.

I can’t help notice that our levy organisations barely blinked an eye at the carbon emissions debacle despite the efforts of Fed Farmers to hold the line. Why couldn’t ‘NZ Ag’ go to the panel with a united front? Regarding agriculture’s supposed reprieve from being in the ETS, all that we have gained is jumping from the microwave on high, into the slow cooker – they have kicked the can down the road and we are still on the road to self-imposed economic treason.

I issue a warning to our levy organisation to put down the heroic cape, thinly disguised as a future farm, and stop fast-forwarding the next two decades of regulation into the next 18 months.

On a brighter note, it is times like these that you feel bloody fortunate to live in a community simply getting on with the hard graft and keeping their district ticking over. A day of fundraising tailing for the school was a highlight in October for both the students and adults.

As a small employer, we have now changed our model from employing one experienced person to two apprentice-type roles. We realised we shouldn’t have an opinion on the shortage of young farm staff unless we are willing to be a (small) part of the solution.

Seeing the structured way Tony Plunkett and his team at Coleridge Downs now train six cadets at a time on their own accord is something we all could aspire to on a small scale. A bloody good example of what good overseas ownership can do – giving back to the industry. This is leadership you will not find in a monoculture of pine trees or within the Pamu (Landcorp) PR machine.

So our Newhaven Perendale, Romdale, Perendale-Texel ram-selling season kicks off in late January, a time of year that we look forward to (and as an added bonus, Jane produces copious batches of baking – resulting in my average daily weight gain of over 350g/day). They say body condition scoring is the key to profitable farming so I should hang in there for another year or two thanks Chloe.