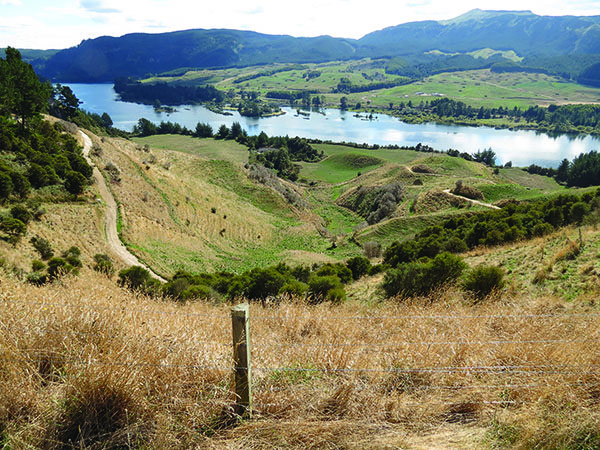 The Healthy Rivers Plan for Change is creating a lot of interest throughout the Waikato with farmers coming to grips with what it could mean for them.

Under the plan, as notified, it is proposed that all pastoral farms are capped at their nitrogen leaching losses (N loss) for 14/15 or 15/16 (the greater of the two). Secondly, farms with N losses above the dairying 75th quartile will need to reduce this level over the plan’s 10-year timeframe. The 75th quartile is not yet defined but the intention is to base this on dairy farms divided into four freshwater management units along the Waikato and Waipa rivers. This will mean one in four dairy farms will need to reduce their nitrogen leaching losses and the other three hold at current levels.

So for the one in four dairy farms, what do they need to change and how will this affect performance and profit?

To answer this we look at the current farm system, the owner’s goals, plans and acceptable changes to the farm system. Overseer and Farmax modelling is used to quantify the environmental, production and profit impact so we can select the most effective strategies.

This article presents a case study for one dairy farm in the Waikato which we believe would sit in the upper quartile, with the background details being:

Crop area was halved from 20 to 10ha, maize silage fed over winter was increased to offset the drop in feed available from crop, and palm kernel feeding was reduced through the rest of the year to account for 10ha more grass available. Farmax indicated there was no need to increase silage harvested although this is certainly a risk in a good spring.

This was a favourable option as profit increased by $17,000 through reduced cropping costs. The winter crop was producing a similar tonnage to pasture, but carried significant cost to move this feed to the winter. N losses on the crop ground was high at 250kg N/ha, so decreasing the crop area reduced N loss by 5kg N/ha at the whole farm level.

The farm had recently installed a feedpad, so increasing supplements fed over winter was an option. There may be a greater need for under-sowing, or pasture renewal as the regrassing programme moves from a 10 to 20-year rotation, although the farmer was considering extending the rotation.

To offset the drop in feed grown an extra 150t of maize silage and palm kernel was purchased.

This was the most effective option, reducing N loss by 16kg N/ha, although it did come at a cost to buy supplement, reducing profit by $28,000. Practically the farmer admitted fertiliser use was higher than previous years and conditions over winter for a reasonable pasture growth response were unlikely. At the time of this analysis the farm had installed a weather station with the intention of only applying nitrogen fertiliser when soil temperature was above 8C.

The timing of nitrogen fertiliser application is very important as nitrogen applied shortly before or during the drainage season will influence leaching. Removing a full farm application in October made very little difference to nitrate leaching.

Dry off one month earlier

Farmax indicated 40t less palm kernel was needed over autumn for the dry cows, and per-cow production dropped from 468kg to 452kg MS/cow. The farm held production very well through autumn, producing 1.2kg MS in May.

This drop in production resulted in a large drop in profit of $54,000 with a negligible drop in N loss of 1kg N/ha. The cows remained onfarm so this indicated that reducing feed intake (from drying off) had a very minor impact on N losses. This option confirmed the farmer’s view that the later dry off date was worthwhile.

The land is rolling country and there were some small steep faces that were exposed and grew very little pasture. Under the Farm Environment Plan it was recommended these be retired to manage erosion and sediment runoff.

Twenty hectares of steep sidlings were retired, and an additional 60t DM maize silage was bought to offset the drop in pasture area. Farm working costs were reduced slightly as these areas grew a lot of weeds and fertiliser was no longer needed.

This option showed a $10,000 drop in profit, although this did not include capital costs for fencing (about $115,000) or planting. The decrease in N loss at 3kg N/ha was small in comparison to the capital cost.

It was suggested to pursue this option as funding allowed targeting those areas close to waterways first, and to apply for funding from the council for fencing and planting.

Stocking rate was dropped by 40 cows or 0.2 cows/ha (6%). As a result grass silage harvested increased by 10ha and supplements fed were reduced by 236t DM (167t maize silage, 64t palm kernel, 5t maize grain). At a $6 milk price this option reduced profit by $10,000, however there was no change to N loss. This is contrary to the general belief that dropping stocking rate will reduce N loss. We believe this is due to the large reduction in maize silage purchased. The protein (nitrogen) content in maize silage is below cows’ requirements and pasture is typically above, so feeding maize silage helps to soak up excess protein.

The farm was planning to increase stocking rate for next season, they wanted to know if this was still possible. For the analysis numbers were increased by 40 cows or 0.2 cows/ha (6%). Modelling indicated that the area harvested for pasture silage would drop by 10ha, and purchased supplements increase by 235t DM (187T maize silage, 43T PKE, 5T maize grain).

Profit increased by $5,000 ($6/kg milk price), however like the reduce stocking rate option there was no change to N loss. Again we contribute this to the increased use of maize silage.

Following the scenario analysis we discussed the results with the farmer and came up with the following recommendation. Reduce winter crop area to 10ha, continue with a full farm application of urea in May, but not to apply any in June or July, and increase stocking rate (while considering the farms long term view of the milk price). The recommendation showed the farm was able to reduce N loss to 50kg N/ha, which is likely to be under the 75th quartile, while operating profit increased by $23,000.

The results for this farm show it is possible to improve profit while reducing N loss, although this will not hold true for every farm. It will depend on the current farm system, management and natural resources. To identify the best strategies requires an in-depth understanding of the farm and available strategies.

Steven Howarth is an agricultural consultant with AgFirst Waikato. Case study was funded by dairy farmers through DairyNZ and by the Ministry of Primary Industry as part of the Transforming the Dairy Value Chain Primary Growth partnership.