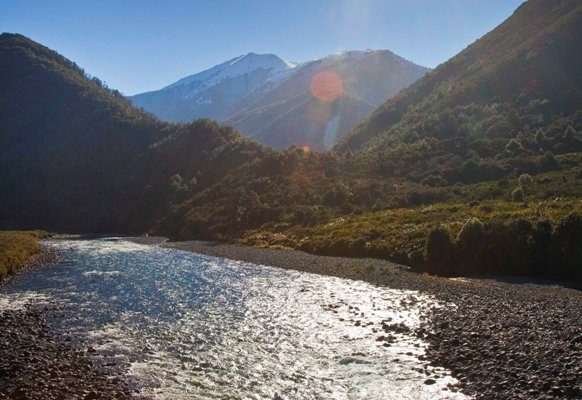 Concern over the state of rivers and nitrogen loads has led to discussion of ecosystem health, environmental scientist Alison Dewes writes.

When I am asked to define ecosystem health, I have to describe the relationship of this to the wider natural world we live in, because everything is connected. We cannot look at a single metric and hope to have a single solution or a techno fix.

Our natural systems depend on health.

Only last year did this become a widespread topic of discussion in the national media, before the general election.

The reason it was so widely discussed, is because a national direction of the NPS Freshwater was released, backing up one from 2014, that became widely known as the NOF (national objectives framework). The NOF was supposed to include bottom lines for specific values relating to freshwater, only two of which were mandatory – those for ecosystem health and human health for recreations.

‘This history led to a national discussion about “what is ecosystem health” and what is human health in relation to water. Which is why the Government now has a lot of work in this space.’

However, these bottom lines were criticised by some scientists and the Parliamentary Commissioner for the Environment herself as being too weak.

The proposed bottom line for nitrate toxicity in rivers allowed for nitrogen loads 10 times greater than previous guidelines for N in the ANZECC Guidelines which proposed up to 0.61mg/litre whereas the NOF released before the election, allowed a N level of 6.9mg/l. The proposed bottom line was 10 times the median concentration in the lower reaches of the Waikato River – by no means a pristine stretch of river nor a river reflecting good health as a whole.

This history led to a national discussion about “what is ecosystem health” and what is human health in relation to water. Which is why the Government now has a lot of work in this space.

The Essential Freshwater Taskforce has been appointed by the Government to look into solutions, from the science, to the policy, to catchments, then sub-catchments, and our farms. It is also focusing on where people swim, collect food, and where drinking water is sourced from and how everything is connected.

NZ has now moved to a discussion on values, which is far broader than economic value of water. It is important that a few single measures of water chemistry (nitrogen and phosphorus) is not the solution to a cumulative array of challenges we face. That is why we now cite health – not just for freshwater and aquifers, but also for those connected to it – humans and animals.

The mix of challenges includes pathogens (bugs) in water and soil, excess nutrients in water, excess sediment in waterways, habitat loss, groundwater contamination, and a loss of the mauri of the waterways. So on that note we need to understand “health”.

Health in nature means the absence of any disease or impairment, and it is also when a system is able to adequately cope with all the demands placed on it:

Therefore: “A healthy ecosystem is one that is sustainable, that is, has the ability to maintain its structure (organisation) and function (vigour) over time, in the face of external stress (resilience).

This is not measured by one single metric, but by a range of metrics, the same way you would assess a freshly calved cow:–is she lively and naturally maintaining energy, alert, showing normal behaviours, carrying good condition to cope with any stress, foraging normally, with a shiny coat?

We use a range of metrics to assess health in our cows. Similarily we assess the health of our farms, observing what is required for the animals and people on the farm – is there good shade and shelter, enough feed, good access for the animals to feel comfortable and be healthy – for them to lie down, rest and are there safe places where people and animals interact (dairy shed)

The nature in our streams and rivers are the same.

Assessing health is about looking at both biological and non-biological factors to assess whether there is a healthy ecosystem.

Biotic indicators include: species diversity – what is the composition of the community? For example, in a stream with poor health, it is likely you will only find slugs, snails and worms. But in a healthy stream there will be a range of aquatic life (community dissimilarity). For example MCI will measure the range of invertebrates and range in size and species.

Other components of health in a waterbody include – presence of algae: nutrient enrichment, deforestation, cropping resulting in soil, nutrient and pathogen runoff, and increased temperature helps algae grow (secondary production), and this takes oxygen out of the water, making it harder for aquatic species to survive. Nutrient cycling and rates of decomposition in the system are all related to the ecosystem metabolism:

The other very important factor to consider – is that of human health and amenity (use of) – is the river safe to swim in, for both contact with skin and the odd gulp of water while swimming. Is it clear enough to see your feet if swimming, is it discoloured, are there pathogens or algae that will affect skin abrasions and health – these are all important, including the flow of the river – enough water when you need it most. Even wider, is it able to water my vegie garden, could it be drunk, is it safe to consume, directly or indirectly for example by eating shellfish or watercress that grow and live in it.

Everything is connected, inter related and working as a system. Our farms are a parallel story – people, animals and the environment are all connected (one health) and all parts need to work well, to achieve one healthy ecosystem for humans and nature – that which is maintaining structure, is vigour, resilience and protected for future generations.