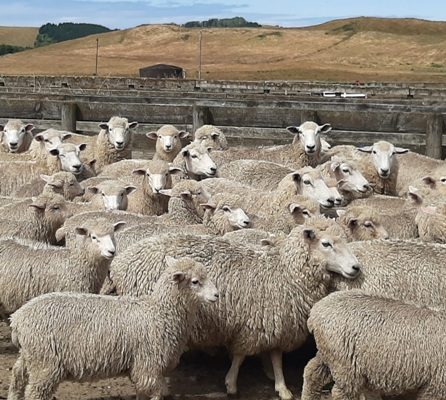 Corriedales may offer a solution to farmers looking to fine up their wool clip. That was the message from a workshop recently near Turangi.

The day was organised by Richard Kells of Kells wool, in a bid to show farmers what could be achieved through crossbreeding with Corriedales. Richard has been impressed with his own first cross Corriedale/crossbred lambs and is keen to see more wool clients fine up their wool clip.

Whareroa station hosted the day, after running a trial in 2019, putting two hundred composite ewes to 28 micron Corriedale rams. The net impact for the station has been positive with no drop in lambing percentage or January lamb weights but a reduction of two microns across the lambs.

The first cross lambs weighed 32.4kg in January, which was no lighter than the composite lambs on the same property. Both the ewes mated to Corriedales and ewes mated to Romneys achieved 160% lambing. Hybrid vigour has helped the lamb survival and growth and there may be an opportunity for further micron reductions if finer rams are used. The 28 micron is at the stronger end of available Corriedale 2th rams.

Based on the results to date, more Corriedale rams will be put to work at on Whareroa this year. With all Corriedale Stud flocks residing in the South Island, commercial rams have been sourced closer to home. The Roberts family at Timahanga Station breed some Corriedale rams for themselves as well as selling a small number of unregistered rams in the North Island.

Richard would like to see clients try similar trials with a small number of ewes to build confidence in the performance and management of their flocks. He believes the results will please them and lead to change at a larger scale.

Kells wool will run another event on reducing micron at the Hawke’s Bay Show in October. 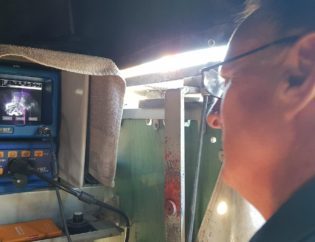