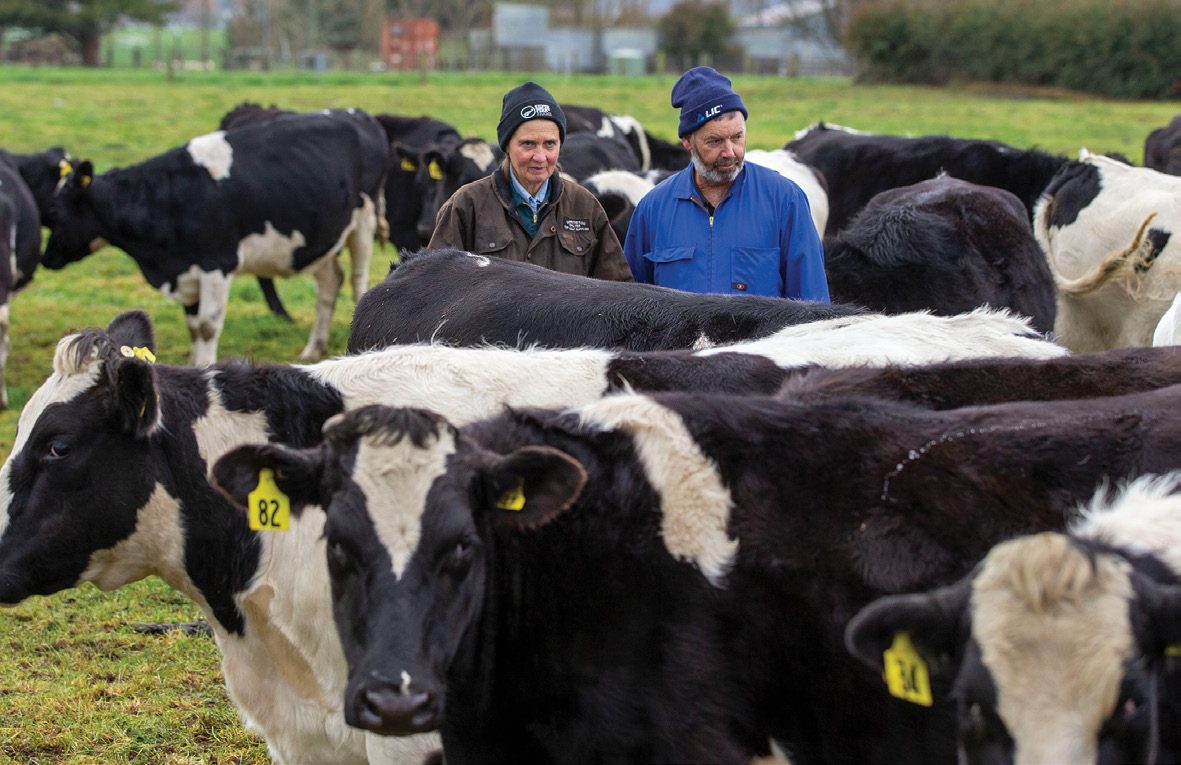 Farming businesses of the future are going to need to deliver to society (humanity) a lot more than just a return on capital, George Moss writes.

It has been a very hectic three months which has put pressure on all concerned.

After a brilliant June and average July, August and the first three weeks of September proved to be very demanding with low sunshine hours and unusually slow growth resulting in huge amounts of baled silage being fed out plus nominal amounts of palm kernel to keep the cows fed.

This was tough on already busy staff. Despite the efforts, cows peaked about .2kg milksolids lower than last season. Grass exploded in the last week of September and it has been a struggle to control since then. Good amounts of silage have been been made between wet days and there is more to cut. I feel for the local contractor trying to manage the needs of farmers when chronically short-staffed. Soil temps here topped 22C which we would not expect till late December and with plenty of rain there is lots of low ME feed impacting cow performance.

A decision was made this year to feed milk powder to calves on one farm, this was a mistake in my view. The decision resulted in significantly extra work for our staff, while the calves are still very good and are above target on MINDA weights. A non-scientific trial by yours truly years ago showed that they may have a lower resistance to internal parasites going forward. Money-wise, possibly in the money as the price of milk climbs. I’m absolutely convinced that while good calves can be reared on both milk powders or low milk diets – nothing beats large amounts of cow’s milk, if one wants high-performing first calvers. We took Fixed Price on milk across both farms fixing about 50% (depending on final production) at an average of $7.50/kg MS. This will leave us “out of the money” and while not desirable, it is the price we are prepared to accept for some certainty around cash-flows. We were “out of the money” last year also. It is about risk management and I am surprised how little focus some farmers apply in this space.

Regrettably, I have spoken to a number of farmers who see little merit in getting the Covid vaccination and yet they will vaccinate their stock. It is about managing risk especially in a labour-constrained environment where very few of these businesses can afford to have any staff or themselves out of action for any period of time.

I wonder how long it will be before bankers factor risk management in their margin pricing models on borrowed money – if not already done!

I was fortunate enough to be able to meet with some of PAMU’s senior farming staff and was impressed that they understand and realise that farming businesses of the future are going to need to deliver to society (humanity) a lot more than just a return on capital.

“Value” will be about what the business brings to managing the environment, it’s people, the wider industry and, lastly, profit. In time, this will apply to us all. They have developed a positive view of what the 2030s and beyond will look like from the marketplace backwards. Impressive!

We live in uncertain and divisive times where both the pace and quantum of change is unprecedented and it is easy to feel angry and or frustrated. As farmers we are privileged to be guardians/custodians of a very significant part of this nation’s natural assets and wealth.

Markets and society are expecting us to do a good job even better, whether it be water, air or people. Yes, for some farmers it may be a cost, for many it will be an opportunity for improved profits and performance, but ultimately if we wish to lead in the market place we need to get on and “do this”, not because we are told but because it is the “right thing to do”.

Given that most of us sit in the top 10% of net wealth in NZ the debates on “fairness” seem self-righteous and self-centered. When change is embraced a whole new world of possibilities opens up.