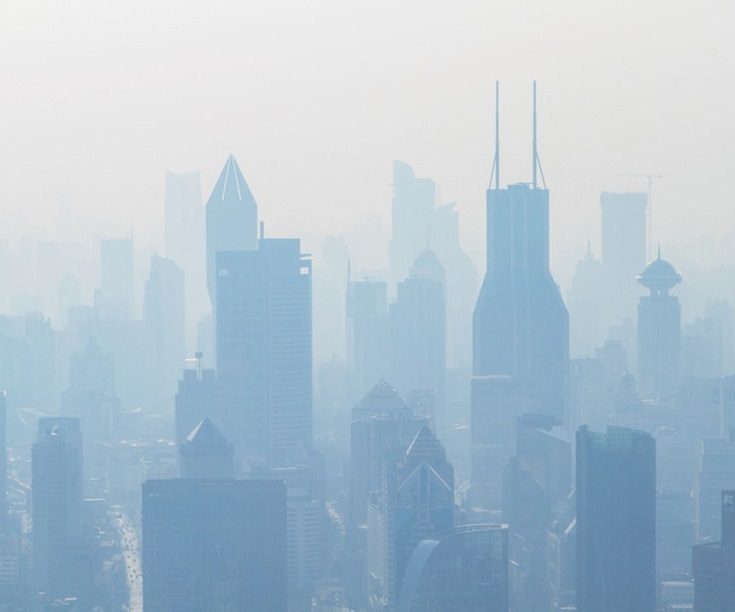 Global warming, global storming, world water crisis and rising sea levels. What will be the end of all humanity? The suspense is killing me.

Once upon a time, you could ruin a good dinner party by discussing religion or politics. Climate change has now streamlined the process by bundling the two together and adding nutrition, marketing and environmental studies to the mix.

Somewhere between “the world is ending in 12 years” and “this is a global hoax” lies the truth. But the truth is complicated and messy. Just like every other geopolitical issue humans have ever had to deal with, the solution is in the eye of the commentator. And there is no lack of commentators.

“Be neat, eat less meat,” chimes Ellen DeGeneres, who is suddenly a double major in nutritional and environmental science. Leonardo DiCaprio who might fancy himself as a water scientist has produced ‘Cowspiracy’ a documentary that implies making a hamburger patty destroys 660 gallons (2500 litres) of water, thus desiccating the earth into a shrivelled sultana. On the other end of the spectrum, “Lord” Monckton warns this is all a farce to enact a tyrannical world government.

It is no surprise that overly simplistic messages are drowning out the chatter of real experts. The way scientists do science and politicians do politics (by arguing furiously with each other for hundreds of years until all angles of the debate eventually grow into a shared understanding) does not package neatly into a three-minute segment on the nightly news.

The general public wants answers, they want them now and they will turn to whoever seems to have it the most figured out.

“Give us another 100 years to work out the complexities of human nutrition, food production and transportation” is unacceptable to the layperson who just wants a short lecture on who is to blame so they can resume binge-watching Netflix while feeling content that it is all someone else’s fault.

In all this bickering and finger-pointing it is easy to lose perspective. We have known emissions were a problem for quite some time now and there have been some monumental gains in how we handle them. Here is a not-at-all-exhaustive list of emissions-related breakthroughs.

All through my childhood, I was warned I was about to be fried by severe ultraviolet sunlight coming through the ever-growing hole in the ozone layer. But, thankfully, via the Montreal Protocol of 1989, the world (or at least enough of it) agreed to stop using CFCs as propellants in aerosols, styrofoam and refrigeration. The ozone layer is now replenishing. Thank you, fellow humans.

When was the last time we discussed acid rain and global cooling? That was a few crises ago, wasn’t it? While it doesn’t get lots of attention, humans have been particularly motivated to reduce air pollution in our cities. Our quest for clean air has meant we now burn less coal and sulphurous fuels.

It also brought about the invention of the catalytic converter to reduce engine fumes, diesel emission fluids for heavy trucks (Adblue, GoClear and other fancy names for urea), air quality standards for fireplaces, an army of hybrid (and alternative fuel) taxi cabs, and a raft of wizardry for cleaning the air that comes out of industrial chimney stacks.

There is still a fair bit of work to be done, but on the whole, air pollutants are on the decline. In fact, our success in reducing harmful sulphur dioxide emissions (which cause global cooling) really took the foot off the brake for global warming.

Tetraethyllead (more colloquially known as ‘lead’) was a common fuel additive between the 1920s and 1970s. It boosted engine performance and fuel economy. It also fatally poisoned a number of fuel refinery workers and emitted lead particles into the air which slowly poisoned everyone else.

Most countries banned the use of leaded fuel in the late 1990s to early 2000s. As lead emissions declined, so did crime rates and children’s IQ scores improved. Some researchers hypothesise that the mind-altering effects of chronic lead poisoning was boosting crime rates. Others argue, instead, that this all coincided with legalised abortion, but I digress.

Remember biofuels? They were going to rescue us once we hit “peak oil” or destroy food production, depending on who you asked. Nobody talks about them much these days. But, while we were busy ignoring them, they have quietly grown to take a 3% market share in global fuel use. That is a small percentage, but it amounts to 152 billion litres more than nothing. In New Zealand, biofuel can make up to 5% of a petrol or diesel blend without needing to be labelled. There is a chance biofuels have already crept stealthily into your life. Homegrown Kiwi biodiesel is made from tallow, a byproduct of meat processing whereas our bioethanol, a petrol alternative, is made from whey byproducts from the dairy industry.

While burning biofuels releases a similar amount of carbon dioxide into the environment as regular diesel and petrol. The difference is that this carbon dioxide was already in the atmosphere until it briefly spent some time as pasture and then as whey or tallow. This “natural carbon cycling” is not at all comparable with digging up the dead dinosaurs from millions of years ago and setting them on fire. The same argument can be made for the bits of the animals that we eat, but I am desperately trying to stay on topic here.

THE RISE OF FUEL-EFFICIENT VEHICLES

In 1975, the average fuel economy of new cars in the United States was 17 litres/100km (petrol equivalent). Twenty five years later, it was down to 10L/100km. It now sits somewhere around 8L/100km and, if we are honest, the US isn’t even trying. Japan is aiming to bring the average fuel economy of its passenger car fleet down to 4.9L/100km by 2020 and they are not (yet) even the frontrunner for efficiency.

So there you have it. While there are still big gains to be made, humanity has hardly been sitting on its hands watching the future of its children go up in flames. I have only focused on the few choice examples of the air pollution side of things. But it is worth noting that it has been a while since you could head to the petrol station to buy a Coca-Cola bottle full of DDT.

THERE IS NO PLAN B, PROBABLY

You will note that none of the above breakthroughs tackle carbon dioxide emissions. There is a reason for that. Here is the kicker – whenever you “burn” fuel (even within your own body) you will emit carbon dioxide. That is what combustion is – taking something and oxidising it down to carbon dioxide and water. There isn’t really any way of getting around this. We need to curb our craving for combustion.

However, despite what you may hear chanted in the streets, there are a few “plan B” options for dealing with rising carbon dioxide levels. Here is a couple to ponder.

Just because you emitted some carbon dioxide doesn’t mean you can’t get it back. Sequestration by trees is one method, the ocean is another carbon sink, so are soils. But the accumulation of carbon dioxide in the atmosphere is beyond what the natural system can handle.

On the NASA list of things to try if humanity can’t get its ass into gear is to reduce carbon dioxide levels by ‘direct air capture’. This is already workable, at least in small scale, and involves pushing air through fans and filters to recapture carbon dioxide.

BACK TO THE SULPHUR

Between the 1940s and the 1970s the amount of sulphur dioxide being released into the atmosphere was actually having a global cooling effect. This cooling effect masked the effects of the rapidly accumulating carbon dioxide levels being emitted at the same time.

When sulphur dioxide emissions were reduced in order to combat acid rain, global warming swiftly accelerated to its current, terrifying pace. NASA is quick to point out that, although they are investigating methods to safely inject sulphur dioxide into the upper atmosphere, this should be a distant “plan b” to burning fewer dinosaurs.