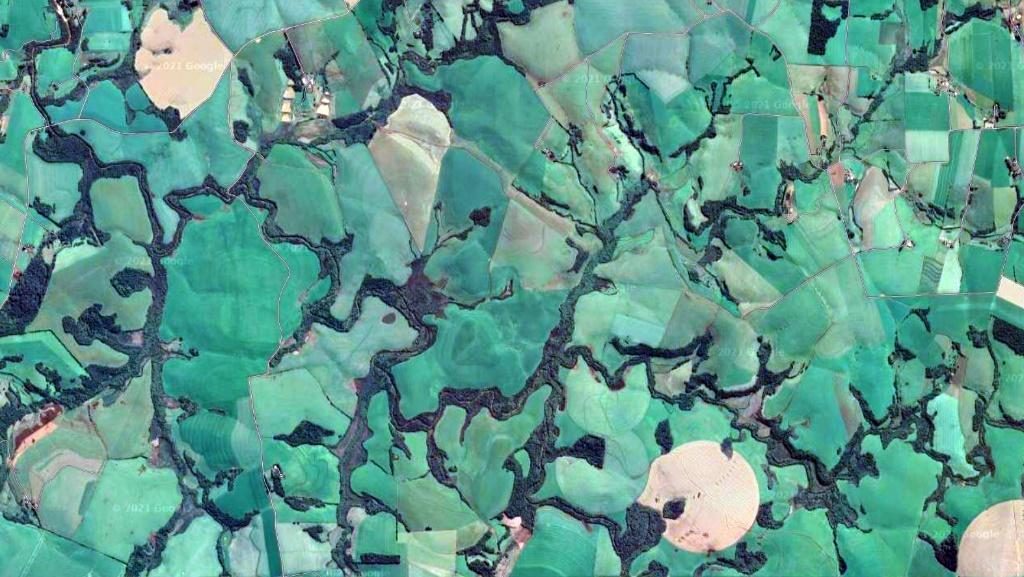 The first fact-based call to preserving native forests in Brazil was “A Cultura dos Campos” (The Farming of Grassland Areas), an 1898 technical book by J.F. de Assis Brasil. In this book, he argues that government promotion of settlements and deforestation of hill country areas was a mistake that would show its effect in the future and detailed how productivity of the vastly available rolling country could be increased by 50 fold through better agricultural practices and technology.

He then went on to set up an 87ha demonstration dairy farm that was exactly 50 times smaller than the beef cattle stations of the South, where he introduced the first Jersey cows into the country, the first Eucalyptus trees, imported the first haymaking equipment as well as seeds of many pasture species and produced the first maize hybrid, well before anyone else nationwide, to name a few of his novelties. The farm was a success, becoming a demonstration unit for two agricultural faculties and was visited by many famous figures.

The new Constitution of 1934, partly influenced by Assis Brasil’s work and ideas, established that “the preservation of natural resources is an obligation of both the Union and the States”.

In the same year, the first national “Forest Code” legislation was formalised by President Getúlio Vargas, a personal friend and admirer of Assis Brasil. Still in 1934, Vargas created the “Waters Code”, the “Hunting and Fishery Code”, and the “Animal Protection Code”. Soil and water conservation principles were introduced through these pieces of legislation, good and bad practices were defined, as well as what resources and species could or could not be exploited.

The Forest Code established what was then a flat minimum of 25% of the native vegetation to be preserved on every rural property as well as the preservation of native forests alongside streams, so nearly everyone living today grew up with some notion of limits to land, water, native wood and game exploitation, through education, legal penalties and fines.

Since then, legislation was updated in 1965, 1988, 1998 (defined “environmental crime”, e.g. killing native animals, destroying native vegetation as well as their trading, and made it non bailable) and another update in 2012.

The year of 2008 was set as a tolerance breaking point, so native vegetation that should be preserved has to remain or be restored to its status found in that year, as per the government satellite imagery records. For this to be possible, every land owner (5.2 million properties) had to sit with a conservation officer, check a multidimensional map on a computer screen and confirm the location and boundaries of its Legal Reserve and permanent protection areas (PPA), in this act formalising a binding agreement.

What must be preserved: (a) the Legal Reserve (20, 35 or 80% of the property, depending on type of biome, from natural grasslands to the Amazon forest, respectively) and (b) the PPAs.

These include strips of native forests and bush alongside streams, ranging from 30 to 500m wide on each side, depending on the stream’s width (see image), top of hills, steep areas, springs, marshes and swamps. PPAs must be fenced off and bear no buildings, unless made in or before 2008.

All of the above resulted in a scenario that may surprise the reader, shown in the table as a comparison to the United States. Extensive devastation did take place in Brazil in the past, but over 66% of the country’s native vegetation is preserved to date (74.3% if natural grasslands are included) and most of it is found on farms (20.5%). Approximately 80% of Brazil’s territory is suitable for farming, but through educated decisions, current agricultural and horticultural use accounts for only 30.2% of total, against 74.3% in the US.

All of the above was achieved by acting earlier than most countries.

The 25% flat rate of 1934 and the biome-dependent 20 to 80% legal reserve figures of 2012 were proposed when most properties had not yet achieved such limits. Extensive public hearings took place and all affected parts had ample time and space to manifest their views and concerns.

Current legislation did not seek perfection but a compromise between preservation and farm income generation. Stopping further losses became the main objective and recovery plans took social, economic, cultural, constitutional, scientific and practical aspects in consideration. Brazilians consider this a “pacified matter” and are proud of what was achieved.