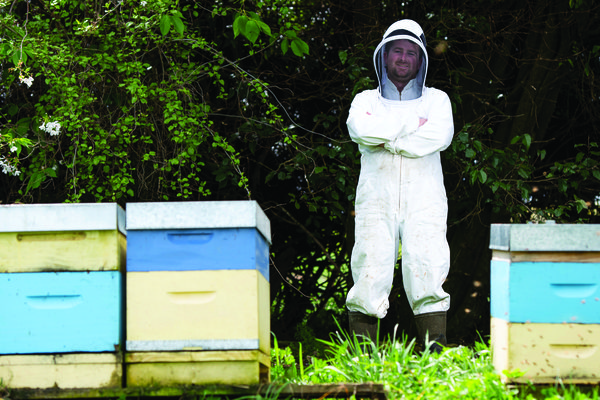 Michael McCombs has had success by putting himself out there in the NZ Dairy Industry Awards, FMG Young Farmer of the Year contest and the Young Farmers Excellence Awards just by doing his thing and loving the journey along the way. Samantha Tennent reports. Photo: Brad Hanson.

A geography class trip sealed the deal for Michael McCombs  – he knew dairy farming was where he wanted to be. He grew up in Upper Hutt, attending Upper Hutt College and from a young age had always planned to become a farmer.

It was a 220-cow farm near Carterton he’d visited with school and thought to himself he’d love to work there.  The following summer holidays he did. It was a once-a-day herd and the owner, Dave Hodder, recommended Michael look at the Taratahi training farm.

“I wasn’t enjoying school and was looking at my options. I landed a spot on the training farm so left school at the end of year 11.”

Michael, now 26, recalls the application process. He was on an intake with 60 students.

The training ran over 33 weeks and was on a rotation system with four days of practical and one of theory each week, rotating every five weeks across the different modules. This was across 2009 and 2010 and he completed Level two, three and four in Agriculture with NZQA.

“I loved what we were doing during training, it was definitely a better fit for me than being in school.

“I also worked for the neighbouring farms most weekends relief milking and tractor driving.”

Once he’d completed his training Michael landed a role on a 2500-cow farm in Martinborough.  He was there for two years and moved from farm assistant to herd manager.  He really enjoyed this farm and the people he worked for but after two years he took an opportunity to muster cattle in Australia’s Northern Territory.

“It was an awesome experience. I was there for six months and had a go at camp drafting, which is like barrel racing but you chase a beast in a figure eight.

“I spent a lot of time amongst the local community while I was there and even worked in a pub for the last month before heading home.”

After the break Michael was questioning if he wanted to continue dairy farming so he did a docking season on Lagoon Hill Station. He then spent the summer shifting irrigation back on the training farm.

He decided he would get back into the dairy shed, this time on the split-calving training farm in Taranaki. Not long after moving to Taranaki Michael entered the NZ Dairy Industry Awards and took out the Taranaki Trainee of the Year title.

“I entered because I wanted to benchmark myself, gain experience and meet people, winning was awesome!“

Winners from each section at regional level go on to the national final for the NZ Dairy Industry Awards to seek the national title.

“The trainee finalists go on a study tour during the national final week. Ours was hosted by Jo Greaves and Greg Maughan. It was great, I really appreciated it.”

Michael still uses the iPad he won in the contest, claiming it’s ‘Bro-track,’ he’s mounted in the shed with the MINDA app loaded and he pulls the leaver to draft.

“Not quite automated drafting but it does the job well.  Cell phone batteries don’t last long enough if you’re using lots of apps throughout the day.”

The win opened more opportunities for Michael and he moved into a 2IC role next before heading up to his current farm in Kimbolton. McDougall Agriculture had just purchased the property and hired Michael to manage it.

He’s now in his second season contract milking for the McDougalls.

“I have moved a lot but each time I was looking for further opportunity, to climb that responsibility ladder.”

The Kimbolton role came with numerous challenges, one being a new set-up with a new herd. It was another new farm for Michael to learn but he put his head down and plugged away, he never stops asking questions and aims for the most efficient ways to operate.

He regularly attends DairyNZ discussion groups and finds a lot of value bouncing ideas off other farmers.

Michael tries to get that work-life balance by having a few off-farm commitments.  He was inspired by a Country Calendar episode back in 2015 and took up beekeeping.

“Mum and Dad bought me two beehives for my birthday. Being amateurs we didn’t realise we were only buying frames, with the queens and bees. I needed to sort my own boxes.”

Michael turned up to collect his hives and the guy ended up lending him some boxes for a couple of weeks till he got himself sorted.

“I bought a book about bee keeping and winged the rest from there.”

He recommends learning what diseases in hives looks like to anyone wanting to get involved in bees. Disease can destroy hives quickly. He’s leaned on some experienced guys to come out every six months and inspect his hives for him.

“It’s definitely worth getting some experts in, I’ve dropped back to once-a-year checks now but I still quiz them while they’re out, absorbing as much info as I can.”

The hives have moved farm with him each time, apart from a stint they did in Waikanae on his grandparent’s lifestyle block.

“It started out as a hobby, I had two hives and they were quite successful and I was enjoying looking after them.  I do struggle though, it’s something that needs a lot of time which I don’t have.”

Down to four hives now, he did have 21 working for a period. He sells his honey locally and gifts some to family.

“It’s a lot of trial and error, trying to breed hives and produce honey to make a bit of money. If I had more time I would get right into it, it’s good to have an interest outside of milking though.”

Michael gets further variety from his involvement with the local volunteer fire brigade.  He’s found it a great way to get involved in the local community and meet people when he’s new to an area.

“When you’re a young single person moving to an area, getting involved in the fire brigade is worthwhile as they are generally knowledgeable, helpful people.”

He has training on Tuesdays and attends as many call outs as he can. He believes being involved in the brigade adds a lot to his farming skills too as well as being useful for the local community. This season he’s got extra support having an employee join the team, being on his own on the farm proving difficult to juggle everyday tasks and his commitments off farm.

He’s also found himself a nice young lady, Rochelle Bailey, a school teacher from Feilding, which makes the juggle easier.

“She was impressed when I introduced myself when we met in Wellington for the FMG Young Farmer of the Year Taranaki Manawatu Regional Final back in February.”

This proves Michael’s philosophy having manners gets you places in life.

Michael has competed in the Young Farmers contest many times and he’s been an integral member of his local club, Marton. He’s just stepped off committee after spending the past year as chair and has held a variety of roles.

He was recently announced as a winner for the Young Farmers Excellence Awards, with the organisation recognising the value of Michael’s involvement in the volunteer fire brigade.

“It was pretty cool to be recognised, I don’t consider myself to be outstanding but I do put a lot of time into the things I am involved with.”

Michael hasn’t planned a detailed future but he’s always ready for opportunities.  He’s enjoyed progressing in the industry, all the learning involved and the great contacts he’s made.

He’s happy he stuck with dairy farming but he has enjoyed the varied career path he’s taken, who knows where it’ll take him next. 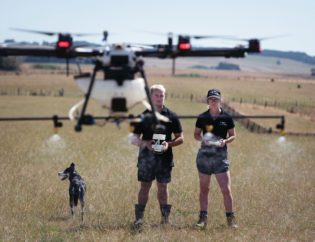 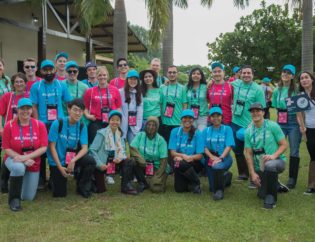