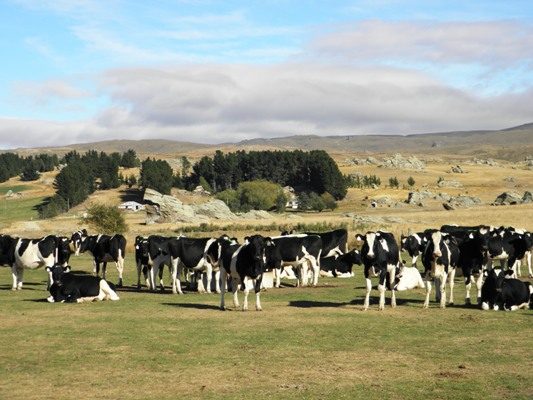 Getting the stocking rate right to reduce the amount of bought-in feed is one of the most effective tools farmers have to reduce greenhouse gas emissions but we’re also getting a glimpse of some potential gamechangers.

AgResearch science impact leader Dr Robyn Dynes says when it comes to GHG emissions farmers are being urged to inform themselves – sooner rather than later and start by knowing what their farm’s emission level is.

“There is a lot coming at farmers at the moment but the best thing they can do is arm themselves with knowledge and understand the levers they have control over that drive their emissions.”

All dairy farmers will have an Overseer nutrient budget and within that report they’ll find their estimated emissions.

Over coming months, farmers will see more information coming out that will show where they sit relative to others.

“The next step is to understand what the options are to reduce that number.

“We know that 80% of biological emissions on farm come from methane and 20% come from nitrous oxide.

“We also know that the biggest driver of methane emissions on farm is the amount of feed consumed, so the two big things to understand are how much am I growing, how much am I bringing in?

“For every kilogram of drymatter of feed consumed 21.6g of methane is produced.

“As a dairy farmer thinking about your options, you have the choice to modify the inputs of fertiliser – namely nitrogen and the inputs of supplement.

“That’s because we know that increasing feed inputs lifts your Overseer nitrogen loss number as well as your emissions profile and work DairyNZ has done shows it can also lead to a reduction in profitability.”

Lincoln University Dairy Farm’s (LUDF) changes to its system showed that even for an efficient farm it was possible to reduce losses without hurting profitability.

“The farm reduced its inputs of fertiliser and supplements and then realigned the farm system to the fact less feed was going into it – so it dropped its stocking rate so there were fewer cows but those cows produced more milk per cow to give a similar per-hectare production.

“That gave the farm a 25% drop in nitrate leaching but it also gave it a 20% drop in greenhouse gas emissions.

“At 14 tonnes CO2/ha LUDF’s emissions are 3-5t lower than most other farms in Canterbury with similar production per hectare.”

But there’s no one-size-fits-all solution and every farm will have a different ability to manage feed and fertiliser inputs.

For those farms that are already highly efficient at converting feed to milk, opportunities to reduce emissions that way and maintain profitability could be limited.

“That’s why as an industry we are advising farmers to bring in their consultants to look carefully at the opportunities, fully assess the options and look at what the wider consequences of any actions might be.”

Lowering stocking rate reduces the whole farm system’s footprint by reducing the number of replacements but Robyn says there are also substantial gains to be made in improving reproductive performance.

“Depending on the farm system, modelling tells that if we can get the replacement rate down to 18%, greenhouse gas reductions of between 2-11% are possible.

“We know that’s difficult target but as a medium-term target it has to be a good one to work towards for a whole range of reasons.”

Managing pasture quality well will give more milk for the same amount of feed grown.

It’s in understanding what the big levers are that drive methane production that gains can be made, she says.

Studies are looking at its efficacy in a grazed pasture system and checking there are no hidden issues with the effects on milk or meat.
Research has found genetics play a part in the amount of methane produced by sheep with some genetic lines emitting 6-12% less.

“That’s when we select for that single trait so the amount of reduction we could get with a multi-trait selection as we have in our breeding indexes is likely to be less than that.”

Work is underway to identify if the same genetic variability can be found in cattle.

Different forages too have been investigated with a cultivar of summer forage rape showing methane reductions of up to 20% could be possible.
Robyn says it’s important to understand the why behind the reductions because it may point to other plants with similar properties.

“We’re learning that with plantain for instance and asking what other plants could have similar soil, plant, urine interactions.”

While methane makes up the majority of farming’s greenhouse gas emissions nitrous oxide (20% of the farm emissions profile) is a much longer-living, more potent greenhouse gas.

Reducing nitrous oxide (N2O) emissions goes hand in hand with reducing the farm’s nitrogen surplus something farmers in many regions are already being regulated for.

N2O emissions increase when soils are wet or waterlogged and while there can be advantages in off-paddock infrastructure, modelling work has shown that simple solutions may not always be what they seem.
In some cases the storing of effluent from such systems increases greenhouse gas emissions over the whole farm system.

“That’s why it’s very important to have sound, expert advice before any major changes are made to farm systems.

“Overall though, at this point with the tools we have available reductions, will come from stacking a number of actions. We don’t have the silver bullet yet.”