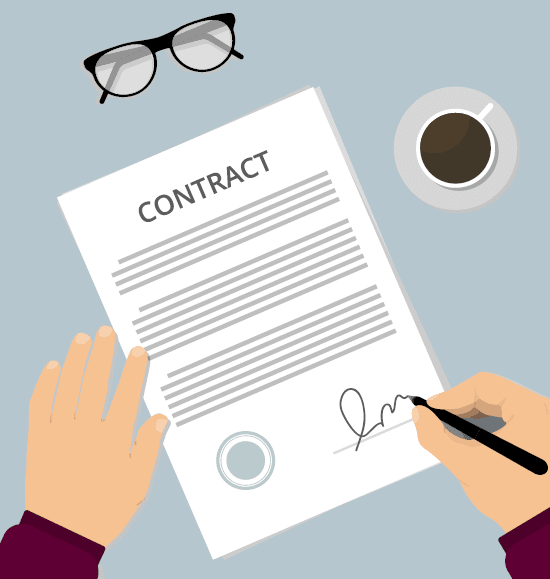 It’s easy to get burned with a handshake arrangement. Set up a formal contract, Anne Lee writes.

No matter how well you know them or how great you think it is that someone’s giving you an opportunity – never go into a contract milking agreement on a handshake, warns Jon Jarman, chartered accountant and director of Leech and Partners in Christchurch.

“For some there’s a temptation to think - well this person is giving me an opportunity so I won’t push them too much on the detail. They get caught up and think it’ll be okay in the end – well, often it’s not.

“You can get burned badly.

“You must have a legal agreement and have the detail down on paper in a formal contract.

“You can use your accountant or rural professional as the bad cop if you like – tell your farm owner that they won’t sign anything off unless there’s a proper contract with all the details.”

In setting up your budget to calculate what the contract rate will provide, he says wages are likely to be the biggest cost “by a country mile”.

“So, understand the staffing requirements – the number needed and the salary bands.

“Then sit down and do a draft roster, will you have a 2IC, how many dairy assistants will you need?”

Do a draft roster for each seasonal period and work out what the wages bill is likely to be for each pay period over those different seasonal times so you can work out what your cash flow needs will be.

Unless the agreement offers contract payments through the winter months, you’ll have to meet the wages bill from savings or overdraft.

Ask for records for shed running costs and production history and get right into the detail of other costs.

Understand the policy on supplementary feed and the effect of lower nitrogen inputs on production and seasonal production variability.

Have good insurance cover - look at income/profit protection, key man insurance, talk with a broker who understands the risks in farming.

If it’s your first year it will be difficult to prove income.

“Look into using ACC’s CoverPlus Extra (CPX) – you can nominate the amount of income you want to be covered for if you can’t work so it’s a set amount and doesn’t fluctuate with your annual income.”

Tax is the cost people forget about.

It can be almost two years before the tax from your first season contract milking has to be paid given you don’t have to file a return until 12 months from the end of the season and you then have until April 7 the following year to pay the tax owing.

“The problem is people think great, I have all this money in the bank but they’ll also have to start paying provisional tax for the coming year as well as their tax from the previous season.

“Talk to your accountant early on about tax and how much it might be and think about setting up a tax account so you can start putting money into it.

“You’ll pay roughly 30% of your profit as tax and in a good year that can be a significant amount.

“If you’re not a good saver and know you’ll be tempted to dip into that tax account, then make voluntary payments to the IRD monthly as you go.”

Some accounting software will include a tax calculation so you can see your tax position as you go.

“Do your budgeting and financial work in the morning, not late at night after everything else. The best budgets are done at 10am not 10pm.

“If you’re doing them the night before you go and see the bank, there will be holes in it – you won’t have had time to think about it.

“Your accountant should be someone you feel comfortable to pick up the phone and ask questions, not just someone you see once a year when you pick up your accounts.

“Likewise, it doesn’t work only telling the bank manager as much as you have to – put them on your team and make sure they understand what you’re doing and what you’re trying to achieve.

“Work with them early on and keep them in the loop.”

Each has its own benefits depending on your situation and each has its pitfalls. A company structure is the most common.

“Jointly and severally liable” - so if one partner runs up a debt the other is liable for the full amount, not just their own share of it.

It’s quick and easy to set up but the downside is the liability. There are also tax advantages in the ability to split the profit between the partners.

If you’re a sole operator this is a good structure because it’s quick and easy to set up with minimal paperwork required.

The downside is you’re the only person liable for the debt rather than any other entity – so if you have debts all of your assets are up for grabs. Tax is calculated on your personal tax rate, so the tax rate could be high with good earnings.

The most common structure, a company is a separate legal entity to you personally so if things don’t go well the debt is limited to the company assets and not your personal assets. However, a bank may want a personal guarantee which would override this.

This limited liability also doesn’t extend to health and safety or wages – you personally must pay if the company can’t.

The company pays tax rather than the individual which gives you more flexibility – profits can stay in the company or be allocated out to shareholders in recognition of the work they undertake for the company.

It costs approximately $500 to set it up and there are increased compliance costs due to a few extra hoops for preparing accounts, so ongoing costs will be higher.

Also, be aware that directors of a company have serious responsibilities, particularly in terms of health and safety so if you’re a director make sure you’re aware of how the business is being run. If you aren’t actively involved in the business – for instance working off-farm and don’t have an influence on policies or actions relating to health and safety, don’t be a director.