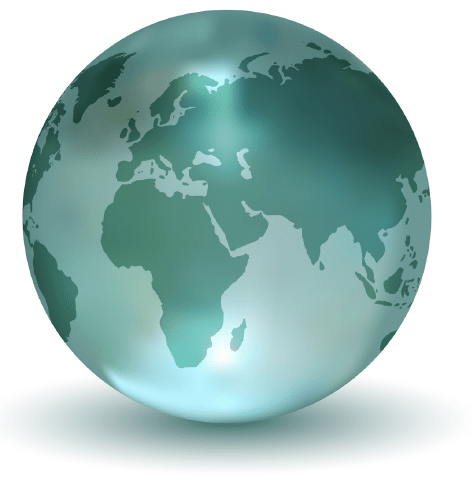 Stuart Davison checks out the crystal ball on global dairy action for 2022.

The start of a new year signals a fresh view of markets, and horizons being pushed further afield. Following a Christmas break of checking if I can still milk cows, mow silage and repair fences (which I can by the way) I’ve started to look to the coming season, to gauge where things may be sitting at this time next year. A very real challenge.

Please don’t take these assumptions as gospel, the following are simply thoughts at this point in the season, things in the global market move quickly! So, here we go.

First, where are we now and why? Well, the current season is well over halfway completed, and Global Dairy Trade (GDT) events have already sold some tonnage for next season, so we have a fair idea on where this season’s milk price will land. 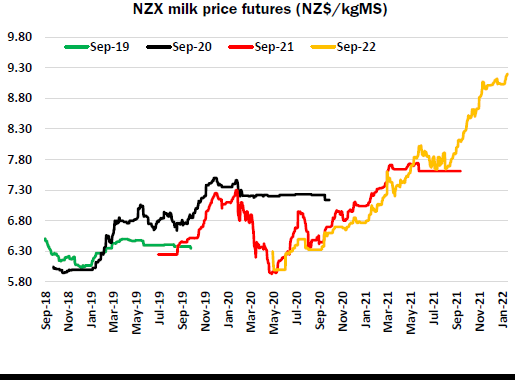 The caveat here is that there is still enough time to see some movement, but we’re no longer talking whole dollar movements, we’re down to a 20-30 cent range potentially. So, on current indications, the SGX-NZX Dairy Derivatives market is pricing the Milk Price Future contract for this season, the September 2022 contract, at $9.20/kg milksolids (MS).

This price is a contract high and is pricing in expectations of whole milk powder (WMP) prices appreciating at GDT events over the coming five months, along with the other reference products remaining in their current price range.

This milk price future contract price is above the top end of Fonterra’s forecast range, and leads most economists’ (and ours!) milk price forecasts by about 20 cents/kg MS.

Where are we going? Well, as said above, this is really looking into the crystal ball stuff, but let’s give it a shot.

Market fundamentals, which basically means supply and demand dynamics in the global sense, point to a slight continuation of milk supplies squeezing for some time yet. Global milk supplies are tracking below demand, which is why dairy commodity prices are above their historical averages.

There is also an odd mismatch of products being supplied by the normal dairy exporters, creating a further oddity to the market. The European Union is producing less milk, while also processing this lower volume of milk into products away from their norm, exporting larger volumes of cheese, whey and fat-filled milk powder, while exporting far less skim milk powder, whole milk powder and milkfats.

United States milk production has finally faltered, and their output is no longer growing at the extremes it was earlier in 2021, however US dairy exports haven’t fallen over just yet, with more and more US skim milk powder finding its way into market holes left by the EU recently. However, this trend is expected to fall over soon enough.

Outside of these two powerhouses of milk production, the rest of the top milk-producing countries have all reported declining outputs. As you are aware, New Zealand’s milk production has been a shocker so far this season, with expectations of the entire season’s production coming in at least 1.6% behind last year’s stellar production.

Potentially, NZ’s total milk production could be much lower than this 1.6% drop forecast by the end of the season. All of this cumulatively points to a milk retraction globally of about 0.4% year on year; significantly massive, considering that population growth is far larger, and positive, than this number.

When will this dynamic reverse? Not in a hurry is the easy answer. Too much inflationary pressure is on the horizon to see milk supplies really turn around in a hurry. Basically, costs of milk production globally continue to climb faster than milk prices are increasing.

EU farmers have just spent a season losing money producing milk, though some processors have recently lifted farm gate milk prices to a point where producers are making money again. But as feed, fuel and fertiliser prices continue to lift, farmers’ profit margins are being obliterated once again.

The same can be seen in our market, with profit margins being quickly squeezed – from interest rates increasing, to feed costs remaining high, to labour costs continually increasing, not to mention everything else that gets spent on increasing over the last season due to a multitude of factors.

The same brush can be used across US dairy producers; they are fighting high feed and fuel costs too, and things don’t look likely to turn around in a hurry there either.

So, now that you’ve read through all of that, you want to know what the magic number is likely to be next season? Well, I’m not going to put a straight answer down in ink, as that never ages well, but I will put some ranges out there, and give some reasons.

First, let’s look to the SGX-NZX Dairy Derivatives market, which is citing next season at $8.87/kg MS, which, working off forward curves of dairy ingredient commodity prices easing into the middle of this year, makes sense. However, those futures curves assume Northern Hemisphere milk production will increase during their spring flush as a response to high commodity prices.

I’m not so sure of that assumption, as mentioned above re costs of production. So, this would lead me to think that next season’s milk price will most likely be above this price, maybe starting with $9.

On the flip side, just like dairy producers, the buyers of dairy commodities must deal with inflationary prices also, along with monetary issues as financial markets move, which always needs to be factored in when looking this far ahead. There will be a constant tension for dairy buyers, between the prices they buy and sell their goods for, and the affordability of dairy for consumers.

So following all of this, next season’s milk price forecast is for good things, but take these insights with a grain of salt, things change quickly. Remember also, as inflation increases, even a $9 payout can quickly have the shine taken off it!