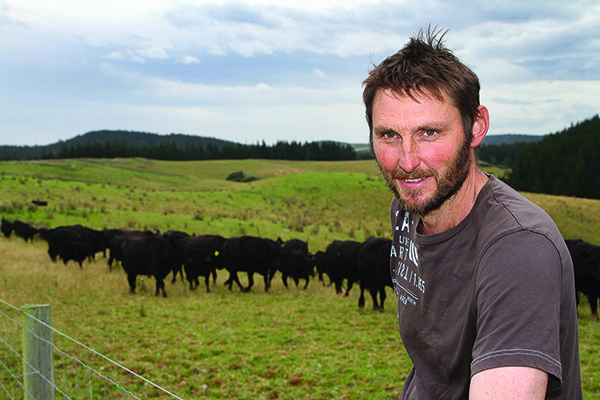 Getting into your own farm can be done if you have a long-term strategy, work hard and give up instant gratification. You also need luck and the ability to take the right opportunities when they present themselves.

There are two parts to owning a farm; getting the deposit to purchase it and having enough money to run it until it starts to make money.

In 1966, my father Donald Cuttance bought his 73-hectare farm at Berwick, Taieri Plains, at the age of 23. He had left school early to focus on a shearing career, with the aim of making enough money to buy a farm. Shearing around Otago, he worked hard, saved his money and got the farm.

These days this may not seem plausible, however the methodology of getting a high-paying job and saving your money for a decade or so, still works. Though nowadays you also need to get on to the property ladder as soon as possible and become a flipper.

In 2011, my husband Simon, his parents and I bought 750 hectares at Toko Mouth in Otago. Simon and I own 50%. We paid $700/su on the theoretical 6000su it could run.
Obtaining the deposit to buy 50% of this property took Simon more than 10 years to accumulate. After graduating from Massey University as a Bachelor of Technology in Product Development, he went into the seafood industry.

While overseas he landed a high-paying job in an H J Heinz-owned tuna factory, based in the Seychelles. He saved $120,000. He returned to New Zealand in 2004 and bought two houses in Nelson. He flipped these houses to buy 40ha in Okato, Taranaki, close to his parents’ farm. He then bought an additional 56ha in 2008. In 2011 the land was sold along with half of his parents’ farm and we had the cash to buy a farm in the South Island.

Finding this farm was a combination of luck and perseverance. Simon had been looking for a farm since 2009. It had to be one he liked and which we could afford. We found one at Moa Flat, West Otago but our offer was turned down. This was the best thing to happen as we had offered far too much. Weeks later this one came along and we bought it.

We put everything into buying this farm. Signing a three-year contract for our lambs when we first arrived kept our heads above water. We did not draw a salary for the first four years and lived extremely frugally. Basic needs were funded through my savings.

We were prepared to do this for the opportunity to own this amazing farm. We still have to be smart with our monetary decisions but when you give everything for the farm you are on it makes you work hard and farm with innovation. We believe this farm could set us up for life, if we do it right, but it is tiring work.