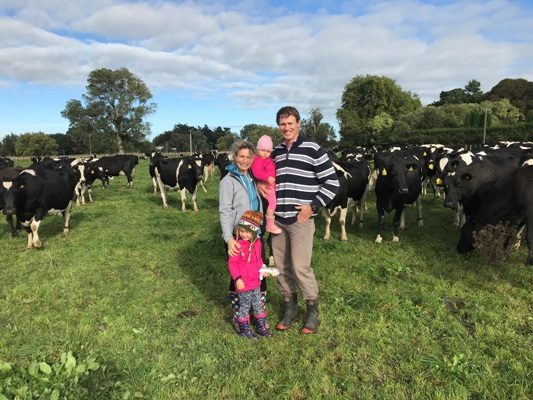 New Zealand farmers and growers need to lead from the middle if they are to solve the challenges they face, Manawatu dairy farmer, Mat Hocken believes.

The Nuffield scholar spoke at the MobileTech Conference in Rotorua at the end of March, challenging agriculture as to where it should be focusing its innovation guns, with one issue being how to retain the social licence to operate.

“We also need to be thinking about disruption. Which great big 1000-kilogram bull is behind our backs ready to steamroll us?”

While technology was becoming easier to engage with, farmers still faced many basic problems. with volatility in prices, weather and politics as well as uncertainty, complexity and ambiguous signals from consumers.

In his travels Mat met many innovators who often saw the world with a different mindset. One example of the results of innovative thinking was an Israeli invention which if it was pointed at cheese would show its protein, fat and drymatter levels.

“Make it for grass and I’ll love it,” Hocken says.

‘Producing nutritious food for a growing population, with less agricultural land, a smaller environmental footprint, climate change and satisfying a multiplicity of consumer demands, while improving livelihoods for rural communities is a wicked problem.’

The 39-year-old farms 1000 dairy cows with his father on their Colyton family farm, Grassmere. He’s the fourth generation to farm there, with his father converting the sheep and cropping farm to dairying in 1975. He studied law and commerce at Canterbury University, was admitted to the Bar, then completed a Masters at Cambridge University, England, in politics.

He worked in Brussels for five years in a public affairs and communications consultancy, where he met wife, Jana. They moved to Sydney in 2009, where he worked for an Australian Federal government agency as a senior adviser for government and industry relations.

The couple came home to the family farm in 2013, which is now 290 hectares with a 160ha runoff. Jana has her own business as a lean consultant, and is helping to apply those principles to the dairy farm.

“There are no black and white answers, but rather tradeoffs,” he said.

“There may be a solution but then another problem emerges. Producing nutritious food for a growing population, with less agricultural land, a smaller environmental footprint, climate change and satisfying a multiplicity of consumer demands, while improving livelihoods for rural communities is a wicked problem.”

In NZ many of the preconditions for innovation were present and the country fared comparatively well on international innovation indexes. What was missing was that farmers couldn’t solve the problems they faced alone.

“Working away in isolated groups won’t do it.”

Hocken said there was a palpable sense of uncertainty around the agricultural industry.

“Until the early 2000s there were clear goals focused around productivity and efficiency,” he said.

But questions had been raised about farming’s sustainability with today’s model open to many interpretations.

NZ had universities and researchers comparable with the best in the world along with efficient farmers and growers. It also had some large, internationally successful companies and co-operatives, good digital adoption, a growing start-up scene and many great individual success stories. However, productivity across the board in this country was relatively low, with dairy farm productivity not increasing over the last 10 years. And farmers were coming under increasing public scrutiny.

“Even when we look onfarm, our farmers and growers still face many of the problems and challenges they did 30 years ago,” he said.

Industry and company research and development and extension had disseminated innovations, which had been successful particularly in the areas of animal and plant genetics, pasture management and efficient production and processing.

“We have managed this off a comparatively low level of investment,” he said.

But this top-down model was under pressure around the world because of the speed of technological advancement, the complexity of a globalised economy, and consumer and society demands around transparency, environment and sustainability. No one person, business or institution had all the answers.

Hocken said instead of talking about farm-to-fork it should be the other way around, or fork to farm.

“We need to start with the consumer and work back to the farmer and grower,” he said.

Open innovation architecture needed to be used to encourage the exchange of ideas and participation of groups across society.

“It must be agile and work with speed and generate real action,” he said.

“It must have the capacity to work locally and network nationally and internationally.”

Hocken said innovation required process but it was often not a linear process.

“If we try and force too many rules or structures upon innovation, we will squash it or turn off the innovators we want to attract.”

Agriculture as a sector was one of the least-digitised of all industries, because while farmers were comfortable with a physical tool, they were not comfortable messing around with software. This made agriculture ripe for a more complex system of decision-making support, involving new technologies such as the internet of things and artificial intelligence.

“I think that in 10 years’ time we will look back and be surprised at how much we were leaving on the table, with our current reliance on eyeometers and gut-feel decision-making,” he said.

“We will need to do the work to digitise our businesses to feed these systems the data they need to operate. These developments might be in the form of feed, mating, environmental monitoring, or managing production more accurately, but equally it may help how we train people and set tasks.”

Hocken said farmers were very good at networking with their peers, which could happen at the local pub, Federated Farmers meetings, or at HortNZ, Beef + Lamb or DairyNZ field days.

“These are all good places to be, but to confine ourselves to them we risk being unprepared for an unpredictable future,” he said.

Three horizons of innovation had been developed by McKinsey. The first was about continuous improvement by finding ways to innovate, reducing costs and improving productivity to stay competitive. The second was a bridging time, extending what the business was very good at as much as possible. The third horizon was about transformational or disruptive change to create an entirely new business which could be based on ideas tried out in the second horizon, and required looking ahead and envisioning the future.

Hocken said if consumers didn’t like what farmers were doing, competitiveness, prices and overseas markets mattered little as they wouldn’t have a product to put on the shelves.

“Some farmers I spoke to resented the intrusion into what they did on farm. They were also wary of activists, acting illegally, taking footage, or damaging or destroying crops or machinery. The obvious reaction is to lock the gates and set-up security.”

But he also saw another approach, which was to open the gates and welcome people in to show how they farmed, which he saw in operation at the 37,000-cow Fair Oaks dairy farm in Indiana in the United States. In the Netherlands he visited the farm of Dutch Nuffield scholar, Jaco de Groot, an organic dairy farmer. He receives a subsidy from the Dutch government to open his gates and let the public wander and often showed them how he calved a cow, making it clear he had nothing to hide.

“Openness and transparency does have an effect at a personal level with people,” he said.

And farmers shouldn’t be shy in showing customers with growing power the great way in which they produced food, he said.

“We need to develop ‘prosumers’, consumers who are proud to buy our products.”

Generating ideas is the easy part, he said.

“But ideas sitting in silos by themselves are useless.”

Technology was no good if it wasn’t taken up so there needed to be a push-pull approach with farmers and technology companies.

“If you help solve our problems we’ll come along with you.”

Leading from the middle

Mat Hocken was introduced to the idea of leading from the middle by Rod Carr, vice-chancellor of the University of Canterbury and said farmers and growers were well-placed to step into this role for three reasons;

“The problems are ours to solve, so we should not farm them out to others and hope they’ll come up with something,” he said.

“We face a real risk of losing our connection with society,” he said.

“Working alone within industries is not the answer,” he said.

“Farmers and growers can be a focal point for other motivated parties to unite around.”

Hackathons held last year where groups of half a dozen Manawatu farmers got together to solve problems on their farms over a 90-day period were an enlightening moment for Mat Hocken.

“It showed me that as a farmer I could actively and directly get involved in generating ideas to solve onfarm problems.”

In consultation with Federated Farmers and Beef + Lamb, they came up with eight onfarm problem statements to be hacked, from real-time grass measurement, to managing water supply, to weighing animals in the paddock. Malcolm Fraser from Jumpstart and Massey University gave the group direction and Microsoft provided the platforms and advice. Farmer mentors were recruited for each team and were soon energised by the members’ enthusiasm about finding ways to reduce costs, or farm more sustainably.

“It also enabled them to articulate some of their dreams,” he said.

“It showed the power of collaborative networks to generate new ideas and drive fast action. It also opened up to me the idea of an innovative consciousness; that the people changing the world today are thinking in quite different ways and that we need to change our thinking.”

And it also inspired the innovation direction for his Nuffield study tour.

The key element to solving the problem was to bring to bear the focus, passion, practical application and entrepreneurial drive of farmers and growers, putting them at the centre to build an innovation consciousness, he said.

Back home the hackathon group he was involved in had embarked on their own collaborative innovation network, he said. There was a real sense of optimism and momentum building in the region as well as up and down the country as it looked to collide ideas with others. 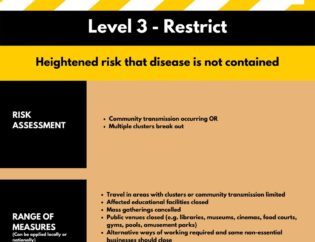 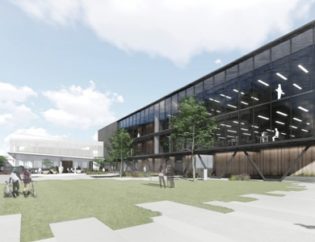 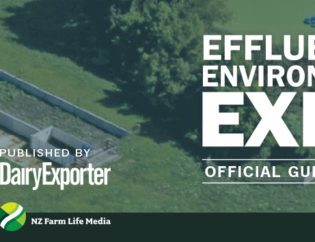 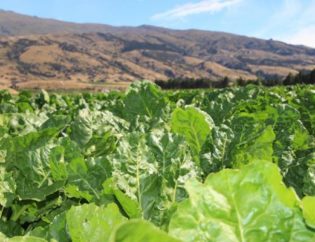 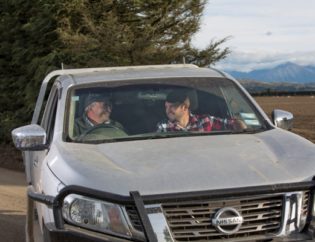