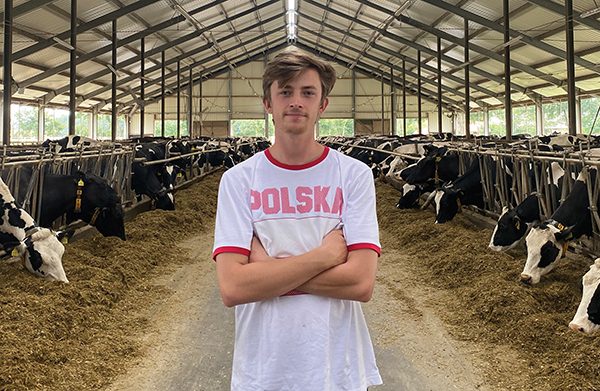 A Lincoln University study is pointing towards a surprising catch crop for fodder beet – itself.

The study found that following even a high yielding, intensively grazed crop with another crop sown without nitrogen inputs will result in a lower yielding crop that can be lifted but importantly will take up all of the nitrogen deposited in winter plus some. It’s raising more questions over the validity of a cut-off date for sowing a catch crop after winter grazing and again prompts the query – is the nitrogen that moves below 60cm really lost?

The research project systematically worked through some of the key characteristics of what makes a good catch crop, checking off how fodder beet stacks up. He then used robust modelling to determine what a double cropping system could achieve. Firstly, he looked at what was going on in the early growth phase of both fodder beet and oats – given oats is already used as a proven nitrogen catch crop because of its ability to get established soon after a winter crop and to grow in cooler temperatures.

They were all grown under cooler ambient temperatures and the measurements took place at 75-days post sowing, so just 2.5 months into the crops’ growing phase. The oat roots made it down to 1.5m in that time but what may be surprising to many is that the fodder beet did too. Alexander’s findings are in line with similar international results for 50 years that have measured beet tap root depth right down to 3m in some cases.

“Fodder beet roots can extend a long way down past the bulb with that taproot structure,” he says.

Those roots aren’t just good at quickly getting to depth – Alexander’s research showed fodder beet roots appear to be hungry foragers for nitrogen. He used a nitrogen isotope – N15 – to monitor the plant’s uptake of nitrogen from three depths – 75cm, 35cm and 0cm.

“We only allowed the 75 day old plants a seven-day period in which to pick up the N15 and didn’t look below 75cm in this study but we found the fodder beet took up 60% of the N15 at each depth.

“In the normal crop situation the plants have months to pick up nitrogen. So it’s likely it would have taken up much more if the pick-up period was extended,” he says.

He then went on to use modelling to find out what was likely to happen to nitrogen and organic matter levels after a large fodder beet crop, grown using 300kg N/ha, was grazed and then followed by one of four different scenarios where the catch crops were grown using no fertiliser nitrogen inputs. The amount of nitrogen available in the soil after the first winter was calculated using a nitrogen budget knowing the percentage of nitrogen in the winter crop, the number of animals grazing it, the amount of nitrogen being removed by the animal and the amount being returned to the soil as urine and faeces excreta.

“Then we looked at each scenario and calculated what the net nitrogen loss or gain was with each, again knowing the amount of nitrogen in the crop, the amount removed by the animal and in milk and the amount being returned in excreta.

“We found with beet crops that in each instance, even if the crops were being grazed the net nitrogen balance was negative – so it was taking nitrogen out of the system.”

If fodder beet was sown as a catch crop and harvested the net removal of nitrogen was 476.4kg N/ha over two years in the form of animal products and plant material, down to soil depths of three metres.

The combined dry matter (DM) yield of the two fodder beet crops was about four times that of the oats. Even when the cows grazed the second crop of fodder beet the following autumn the net result for nitrogen in the soil was negative.

“It was taking nitrogen out of the system, not putting more into the soil.”

hen the cows grazed the fodder beet catch crop was estimated to be 11.35t/ha, so a net gain of that amount.

“No other crop can sequester that amount of carbon in the soil,” Jim says.

An increase in carbon from increased organic matter could mean more inorganic nitrogen is immobilised as carbon/nitrogen ratios are maintained meaning the net nitrogen value was even more deeply negative. “New Zealand research to date says the maximum distance nitrogen deposited on the soil surface in autumn will travel in a year is one metre,” Jim says.

“We know the fodder beet and the oats can get down to 1.5m in just 75 days so having a cut off date like October or November for sowing a catch crop just isn’t based on science,” Alexander says.

“The idea that it’s lost to ground water if it’s below 60cm also doesn’t make sense – beet crops can clearly take up nitrogen from below that level,” he says.

A beet catch crop planted in December is going to take up more than the amount of nitrogen deposited onto the soil during winter grazing, Jim says, and the deep, hungry roots can take up the nitrogen of the past three years.

This work is being expanded in 2021 to further quantify nitrogen uptake and soil carbon gains under beet crops.

The four scenarios that followed winter grazing of a large fodder beet crop were: