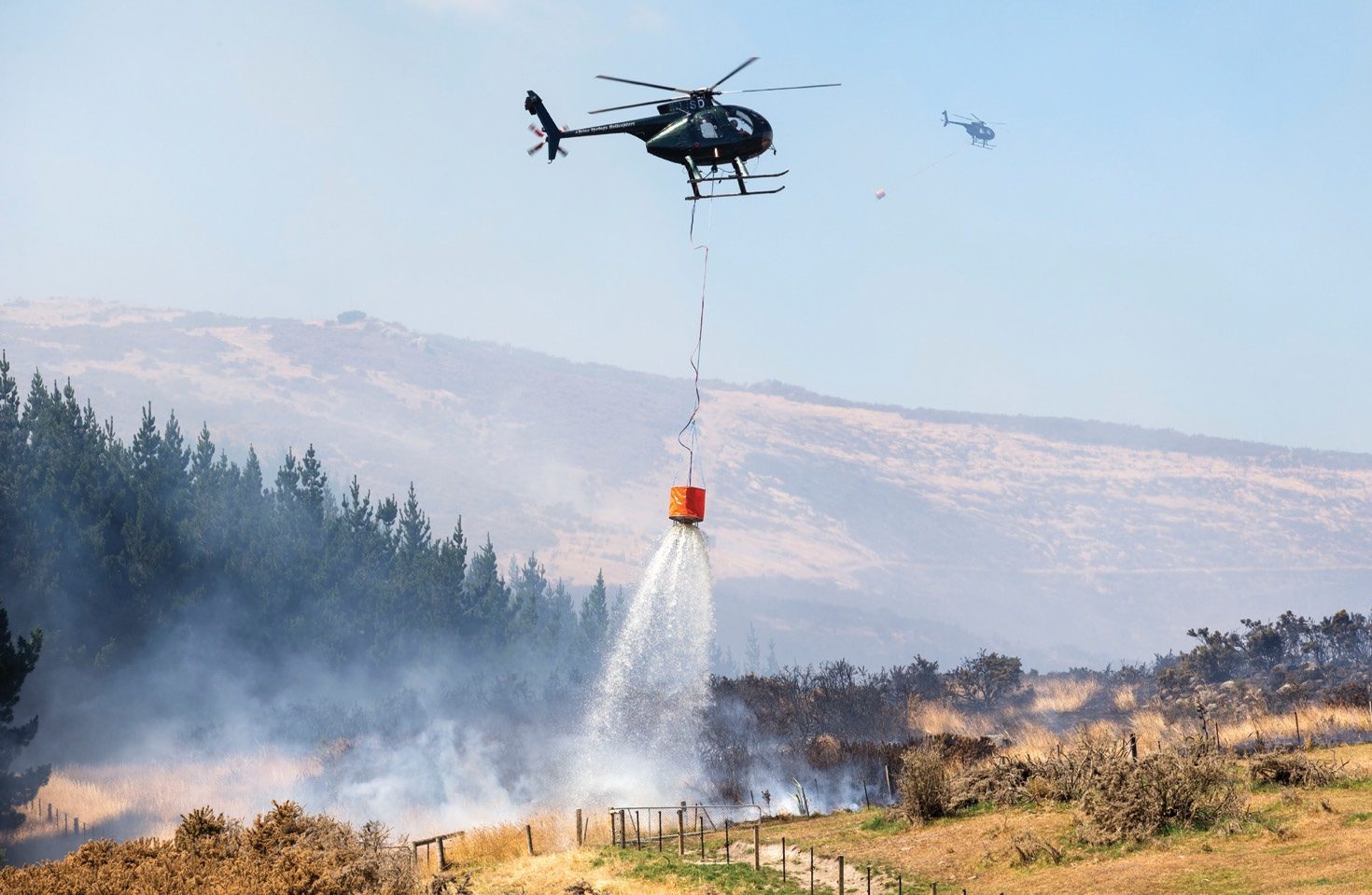 Summers are different now for Hamish and Mary McRae after fire swept through part of their property in North Canterbury.

In March 2017 a vehicle carrying tree-felling equipment had a mechanical failure, scraping its load along State Highway One.

Sparks jumped a fence and a series of fires sprang up over 1.5km near the Waiau River, torching fences, plantation and pasture on part of the 5200-hectare Lochiel Station, between Hanmer Springs and Lewis Pass.

The highway was shut for a time and the McRaes lost about $320,000 of property, including 4km of fencing and about 20ha of forestry. The 22-year-old pines were valued at $150,000, rather the $350,000 they might have been worth had they been six or seven years older. The couple recovered about $210,000 in an insurance payout that was settled only last Christmas, but it didn’t recoup the 1000 hours they put to clean up damage.

Hamish McRae said they considered chasing a bigger insurance payout but decided it wasn’t worth the extra cost. Looking back, he said they were probably under-insured for fencing and would now advise anyone to be vigilant about roadside mowing right up to fencelines. Lochiel Station no longer uses machinery during dry spells and demand grass-mowing right up to their roadside fenceline, which runs about 20km along SH1 from the Hanmer Springs turnoff.

‘There’s no other way they can have a buffer with DoC land – a lot of high country farmers have got them at their back door and nothing’s done and it’s shut up. They’re right in the gun for a fire if it was to come through DoC or private land.’

Federated Farmers high country chairman, Rob Stokes, said New Zealand only had to look to the devastating fires in Australia to see the risk for NZ’s high-country. He estimated the South Island had more than 300,000ha of ungrazed high country locked up on pastoral land and  within national parks. Some of this land has not been grazed in the past 10 years “and with the amount of fuel in the back country it’s a bit of a time bomb,” he said.

Stokes, farming at Lees Valley, near Oxford in North Canterbury, said the Federated Farmers high country committee has had many discussions with government agencies about what should happen to stewardship land.

“Grazing should be used as a management tool through the summer months to protect what we have got. This would be more cost effective and help weed infestation,” he said.

Stokes said it didn’t really matter what setback rules were introduced for fire control in the high-country if neighbours like the Department of Conservation (DoC) didn’t properly graze their own patch.

“There’s no other way they can have a buffer with DoC land – a lot of high country farmers have got them at their back door and nothing’s done and it’s shut up. They’re right in the gun for a fire if it was to come through DoC or private land.”

Few farmers or local fire crews were equipped to put out bigger fires, Stokes said. At Lees Valley he relied on tankers on trailers “for the quick fix bit of fire” but anything bigger up hillsides would need fire service personnel and helicopters. He aimed to burn out 300ha blocks annually as a fire buffer, rotating blocks and grazing them reasonably hard afterward so that if a fire got away, it wouldn’t go too far.

Besides reducing the amount of wildfire fuel, the controlled burning paved the way for the introduction of better grasses, which also reduced the fire danger.

While fires continue to flare this summer, a Canterbury district council is touting new wildfire risk management rules, partly in response to the 2017 Port Hills fires. Selwyn District strategy and policy planner, Robert Love, said the proposed new district plan may require rural properties to have onsite water storage of a yet to be confirmed volume for fire fighters to access if required. This could be stored in the form of a tank, pool, pond or stream.

There may also be vegetation setbacks, including a 30-metre setback for any new woodlot or shelter belt from “neighbouring principle buildings”.

Rules could also include a 5m setback requirement for any new woodlot or shelter belt from a neighbouring property’s accessway and a 40m setback for any new residential unit from plantation forestry.

Under SDC’s existing district plan there is no requirement to have a defensible space around a property that has been landscaped and maintained in a way that reduces fire danger to the property and neighbouring properties.

In fact, the council says existing consent conditions have increased the wildfire risk on a property, like on a new property development in an outstanding landscape, where plantings had been required “to mitigate adverse visual effects”.

In its post-Port Hills fire review, SDC found the most common causes of a wildfire were natural sources such as lightning, accidental man-made ignition, such as a cigarette butt, sparking from the use of machinery or from an out-of-control rubbish fire, or arson. A fire lit for an agricultural crop burn-off would not be considered a wildfire unless the fire spread beyond the intended area, the council said.

Most land occupiers removed fire hazards voluntarily after receiving advice from FENZ staff but the agency could require an occupier or owner to remove or destroy a potential fire hazard when there was enough flammable material to help a fire spread to another property, a fire was likely (if there was a recent history of fires in the area, for example) and if a fire was likely to endanger lives or significant property, like multiple houses.

If a potential hazard was either trees close to power lines, or hoarding inside a building, FENZ referred the case to the power distribution company or relevant territorial authority.