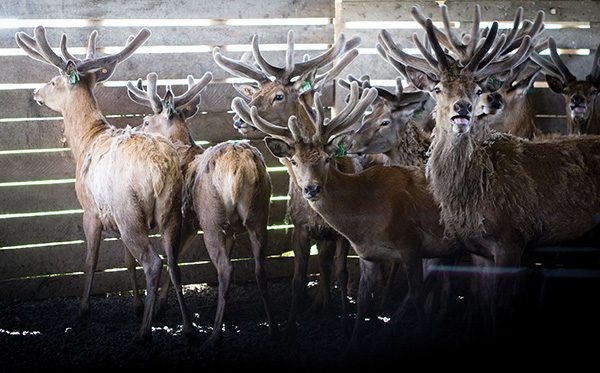 Forewarned is forearmed was a repeated message around the frequently mentioned topic of impending environmental regulations at the recent DINZ conference.

Fresh water regulation was all the talk about five years ago (and still is), and ready to go in 2025 will be an accounting and reporting system for greenhouse gas (GHG) emissions. Beyond that there’s developing policy around the protection of native plantings and biodiversity on pastoral land, with new rules and regulation around animal welfare always in the wings.

These mostly environment-based issues being driven at a local and global level were bringing about a “transformational change” in NZ agriculture, Blake Holgate, Rabobank, said in an opening address.

“Yes, we know it’s to do with inputs and outputs, but no one really knows what it means and that’s the frustrating thing,”

While the cut and thrust of these directives was along the line of reducing and mitigating degradation of the environment, the details on exactly how to go about it were vague. But that hadn’t stopped legislators and policy makers forging ahead with deadlines and targets for farmers to meet. It was a frustrating situation but waiting for clarity was a futile exercise, Holgate said.

“I started working for the bank eight years ago advising them in the freshwater space and I don’t think we’re any closer to certainty in freshwater than we were then, I suspect that in eight years we won’t be a lot closer…”

His advice was to start data measuring and recording for GHG emissions.

“There’s no harm in assessing from an (environmental) risk perspective where you stand so that you can move and know what levers to pull when you need to.”

He said that farmers put their business at greater risk by sitting back and doing nothing.

To ‘know your (GHG) number’ was pushed by Lindsay Fung, DINZ science manager. The catchy tag line is being pushed by He Waka Eke Noa (HWEN), of which Fung is a deer industry representative member. HWEN’s target is to have 100% of farmers with a farm GHG number by the end of 2022.

“For us it’s the most pressing deliverable…whether we’ll get there is another matter.”

He talked about HWEN’s progress to date in measuring GHG emissions on deer farms. Fung overviewed the results of an exercise on a Southland deer farm using three tools: Farmax, a Ministry for the Environment Excel worksheet/template, and OverseerFM. The three-way comparison resulted in a 2340kg/ha difference between the lowest total (MfE) and highest amount (OverseerFM).

He suspects the variation was due to operator error.

Since then, AgFirst has measured GHG emissions and carbon sequestration on four deer farms comprising different systems and land types. One of the North Island farms, an 8.7su/ha East Coast flat to steep breeding and finishing system, offset 60% of the estimated 1920 t/CO2-e. At the other end of the spectrum was a South Island high country breeding and finishing system running 3su/ha. It managed to offset about 7% of its 5035 t/CO2-e and had little scope to offset more through tree planting. The analysis looked at alterations to the farm systems such as changing livestock category ratios, crop type and bought in feed sources which might reduce emissions. Few did and many were impractical for some of the systems.

Fung concluded that with present technology there were very few options for reducing emissions, and the only way was to produce more velvet and venison from less.

“In other words, it’s about increasing efficiency and reducing wastage which is not a new message to deer farmers.”

That was cold comfort news to farmers in the room such as Mandy Bell who said that farmers want to plan ahead and make decisions and needed “robust certainty” around the effectiveness of various mitigations being proposed, as well as the pricing system.

“That message needs to be clearly communicated to those in Wellington.”

In a follow up environmental session on the second day Paddy Boyd, Haldon Station, summed up the sentiment of many farmers. While appreciating the clear and concise overview of high level GHG discussions he was still none the wiser about how GHG was going to be accurately calculated.

“Until we understand how it’s calculated we know nothing.”

What does it mean?

That’s the question from Grant Charteris, who along with wife Sally, are the 2021 Elworthy environmental award recipients.

Their Forest Road Farm, a rolling to steep Hawke’s Bay velvet and deer stud with beef and a few sheep was one of the four farms modelled by AgFirst for GHG emissions and carbon sequestration. The annual emissions came to 1365 t/CO2-e of which an estimated 7% were offset.

“Yes, we know it’s to do with inputs and outputs, but no one really knows what it means and that’s the frustrating thing,” Grant says.

Other frustrations are the time and energy deliberating over “non tangible” assets such as kilograms of carbon equivalents, and the variation in GHG results from the various tools used in the farm case studies to date.

“The tools appear to be clunky, and it shows that the information is only as good as the numbers entered. There’s a lot of work to be done. I’m open to more conversations, and I want to help front-foot the issues but at a practical and scientific-backed level.”

Agriculture is not included in the Emissions Trading Scheme. Instead, He Waka Eke Noa was established in 2019 to develop a separate system for measuring and reducing GHG emissions from farms. It’s an ag sector group of 13 partner organisations including DairyNZ, Beef + Lamb NZ, Federated Farmers, the Dairy Companies Association, and DINZ.