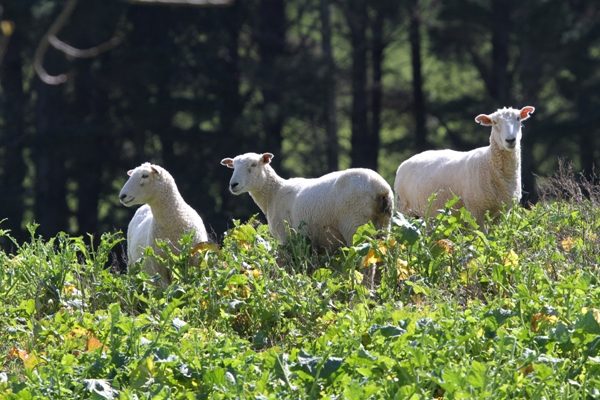 North Canterbury farmers are using kale as both a flushing feed to drive conception rates and a pasture management tool.

Farm consultant Wayne Allan says farmers in the region, many clients, use soil moisture in spring to establish kale crops which are typically used for flushing ewes in autumn.

These crops provide high energy, relatively high protein feed at a time of year when pastures can be scarce, poor quality or infected with endophytes and other fungal toxins and spelling pasture, to allow covers to be built for winter, while soil temperatures are still warm and growth is typically strong.

‘The kale crops are guaranteed to provide high-quality feed and means sheep are off pastures at a time of the year when grass is likely to be growing.’

Fungal toxins can impact negatively on animal health and oestrous.

“The kale crops are guaranteed to provide high-quality feed and means sheep are off pastures at a time of the year when grass is likely to be growing.”

“These covers can then be carried through into winter. “

Once the kale has been grazed, the paddocks are often sown into oats or a short-rotation ryegrass before winter.

Allan says this rotation could be more difficult in areas further south where cooler temperatures might mean it is too late to sow crops in behind the kale, but could certainly work in areas of the North Island.

In the past, rape crops have been used as a flushing feed, typically they are sown later and yields tended to be variable, unlike spring-sown kale.

Allan thought fodder beet or turnips could possibly be used in a similar way, but kale does provide decent bulk and is reliable, particularly in many areas of North Canterbury where soils have a clay base which does retain moisture well into spring.

Another benefit of this kale system is that it acts as a break crop in a pasture renewal programme.

Speaking at a Beef + Lamb New Zealand field day, Simon Lee, manager of Mendip Hills Station near Cheviot says they have been using kale as a mating feed to drive conception rates (lifting the scanning in the two-tooths from 162% to 182%). The downside is it does increase the number of triplets which can be a problem in bad weather.