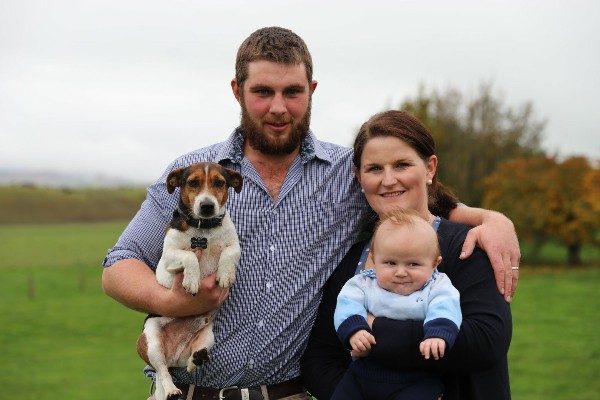 A lack of young people entering the sheep and beef industry is of concern for Southland stock manager Cameron Russell.

Cameron, one of two 2019 Beef +Lamb New Zealand’s Sheep Industry Ambassadors, was advised against going farming when he was school. His career adviser insisted it wasn’t a real profession.

Fortunately, he totally ignored the advice he was given.

He believes this lack of encouragement continues today when young people look to farming as a career option.

“Farming is one of the most skilled jobs you could do as you have to be good at so many things,” Cameron says.

‘Farming is one of the most skilled jobs you could do as you have to be good at so many things.’

“One of the problems with the industry at the moment is getting young people in and for the right reasons.”

He thinks it is strange that young people are not being encouraged to get into farming. It is now viewed as a second career option or something you do if you are not academic.

The industry does not want to attract people who are only farming because they have nothing else to do as they won’t have the right attitude.

“When you employ people, you can soon tell if they want to be there or not”, he says.

Another barrier facing young people is the way farming is being perceived by the wider community.

“The perspective of farming is not that great really, and people aren’t going to encourage their children to go farming if they don’t think it’s the right thing to do.”

Cameron says the industry is a good place to be – but the perception of farming needs to change.

He believes farmers need to take some responsibility for the shortage of young people entering the industry.

“Some farmers are stuck in their ways and don’t get time to teach people.”

To attract people into the industry, farmers actually have to take time to teach and not to intimidate people. Farmers need to support young people along the way to keep them involved and motivated, he says.

Cameron loves being out on the land, working with stock and dogs but believes it is important to find good jobs for people who will encourage and teach their staff.

Cameron and the other Sheep Industry Ambassador, Tom Whitford, have toured the country to look at new technologies being used in the sheep farming industry and meet sector leaders.

To any young person looking to find a way into the farming industry, Cameron recommends getting involved in work experience and heading to institutes such as Telford.

“It is a great industry to be in, so don’t be discouraged.”