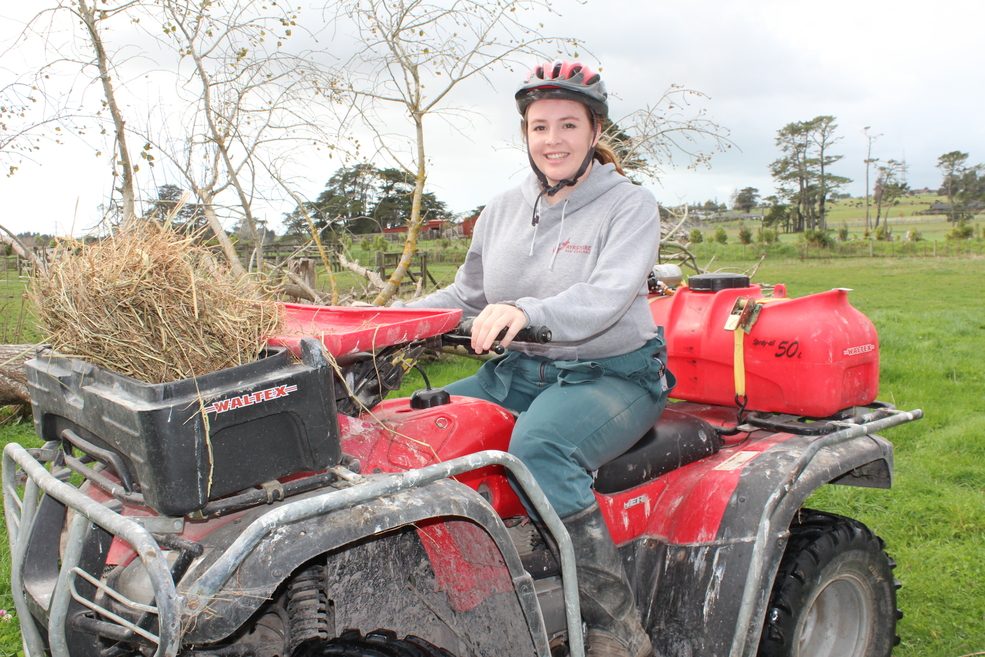 “Working with children is definitely different to working with cattle! It is a really fantastic opportunity to be able to reach out and have a positive impact on our next generation” Courtney Davies says, when asked about her career.

The 23-year-old is as an environmental educator for the Sir Peter Blake Trust, giving presentations in schools on sustainability using virtual-reality (VR) technology. During the sessions students are exposed to different marine and freshwater environments (all filmed around Auckland and Northland), healthy and at-risk, to illustrate the visible human impacts on these environments.

“By virtually exploring these sites themselves, the students are able to make more informed decisions as well as thinking about what actions they can take in the classroom and community to help make the positive changes needed to help the environment thrive”, Davies says.

Feedback from her sessions has been overwhelmingly positive, although some students have been resistant, she says. “It has had its challenges, especially when encountering classes in central Auckland who are adamant that dairy cows are the sole cause of nutrient runoff and pollution, however my involvement in science and agriculture enables me to draw relevant comparisons and the VR complements the learning allowing students to see other examples of pollution that are more common and significant.”

On November 4, Courtney will travel to Brasilia, Brazil to represent New Zealand at the Bayer Youth Ag Summit. She’ll be one of 100 young people from 45 countries convening to tackle, discuss, and put forward their solutions to a very real challenge: how to feed a growing global population, in a sustainable manner.

Living and working in Auckland while having a strong link to agriculture, Courtney is aware of the misinformation that is spread about farming and the disconnect between urban-rural mind sets; she wants to put her mark on correcting that. This is where her big idea for the Bayer Summit comes in.

“Seeing how engrossed the students were in this type of programme really made me think there could be an opportunity to film several areas within agriculture to promote the journey of food and how our food is really being produced in New Zealand.”

She would also like to partner with various agricultural and horticultural enterprises, so after introducing students to the environments through VR they could then go on the actual land and see the crops and livestock in real-time.

“By giving people the tools to gather information around them and allowing them to make their own decisions with that material, as opposed to somewhat one-sided views we are often surrounded by, we are encouraging our nation to become more engaged and to think critically about what is going on around them.”

Courtney’s passion for agriculture started in primary school, when she exhibited a calf at her school’s Ag Day in Dairy Flat. This was her first experience with cattle – and it would prove to have a lasting impact. Although she wasn’t brought up on a traditional farm her mum bred Spanish Horses on the family’s 8ha lifestyle block, so animals have always been in her life.

After showing at her first Ag Day, Courtney continued every year after, always pushing to be better. At 11 she moved on to compete in the local A&P show – which she bought her first Ayrshire calf for. Courtney has regularly attended A&P shows throughout the North Island since, accumulating a small herd along the way. After the Summit she plans to jump straight back into it, exhibiting her cattle through summer.

Education is an important part of Courtney’s value-set, not only for others but herself too. She plans to start her PhD sometime in the next 12 months, with a focus on sustainable agriculture.

“I think it is really important to keep sharing this knowledge with the wider community, especially the people who are unable to visit a farm and the children who are unaware of where their food comes from.” 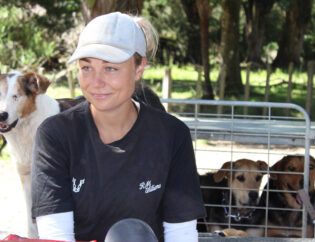 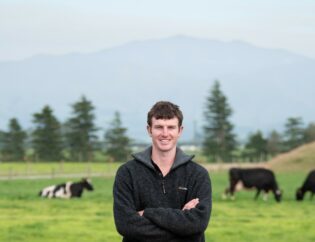 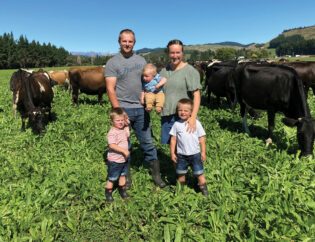 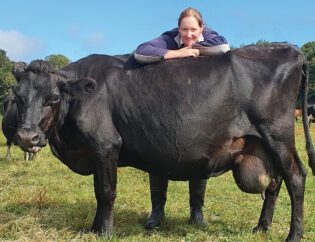 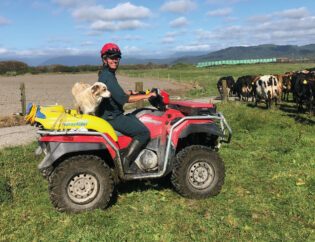