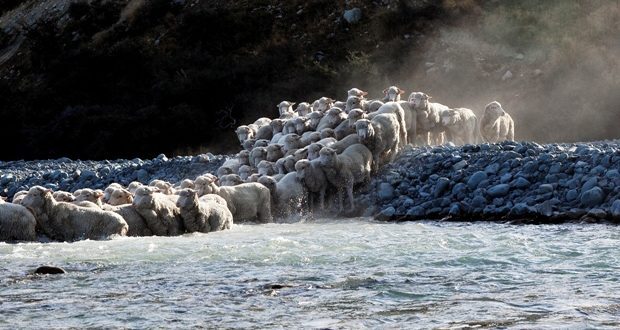 The overly prescriptive nature of the proposed Marlborough Environment Plan has not gone down well with some local farmers.

The Feds compiled an almost 450-page submission, following eight meetings attended by almost 250 farmers. It listed as one of the major concerns the onerous nature of permitted activity standards, a classic example being the half-page exposé on cultivation. One of the hard-to-easily-understand rules states that on all slopes greater than 20 degrees cultivation must be parallel to the contour of the land; except that up to 15% of the cultivated area may be cultivated at an angle to the contour.

‘A farmer wants to know if he can take stock across a waterway and a rule like that is not practical because there is no easy way of knowing if they’re breaching the standard.’

Another moot point was in easily understanding whether some farming activities would comply with standards. A good example was the livestock-through-waterway rules which used the Munsell scale and a level of reflectance to define acceptable water clarity. While such measures and indicators might be well known to water quality experts neither was widely known nor understood by farmers.

“A farmer wants to know if he can take stock across a waterway and a rule like that is not practical because there is no easy way of knowing if they’re breaching the standard,” McGregor says.

The lack of landowner consultation and inaccuracies in the mapping of Significant Wetlands and Natural Hazard Overlays was another oversight. McGregor says 1365 significant wetland sites, many on farmland, were notified in the plan. Farmers had the opportunity for council staff to visit and assess wetlands. Many asked for this to happen but only 219 sites were visited, McGregor says.

The Feds said in their submission the only winners from the proposed plan were resource management consultants reaping financial reward from the steady stream of farmers forced to employ professional help in preparing consent applications.

“It’s not workable but we’ve got to get it right because we don’t want it to end up like the Horizons plan.”

New flood and environment zones, many much more extensive than what farmers considered necessary, would seriously restrict practical and necessary management, she says.

Farmers have also questioned the practicality of proposed excavation rules which prohibit work within eight metres of a river, significant wetland and stopbank or within a designated Level 2 or 3 flood hazard area.

“In Marlborough most farmers are close to the sea or rivers so a lot of sediment is washed into creeks and rivers and has to be cleared.”

In her own submission Parkes pointed out that the Canadian Water Quality Index being used throughout the region is, to her knowledge, used by no other council. She thinks all NZ waterways should be measured under the same index.

“Why can’t I compare my river with the Waikato, or Manawatu rivers?”

Not all farmers share the Feds’ level of concern about the plan. Fraser Avery of Grassmere is reasonably comfortable with what he heard at a meeting last year.

“There’s a bit of wording that needs clarification but a lot of it is about good practice which is what a lot of us are doing anyway.”

But he said the rules regarding stock and waterways needed clarification to make them workable.

“For farmers in the high country especially; if we had a flood (the proposed rules) would more or less make it impossible to shift the stock.”

He commended the council for holding off release of the plan so observations could be made of how other plans throughout the country unfolded.

The plan was publicly notified in June 2016 and the close-off for the first round of submissions was on September 1. The deadline for further submissions closed on June 23, and on June 8 1302 submissions had been received from which there was a three-way equal split for support, support in-part and opposition to aspects of the plan.

Parkes’ hope is that mayor John Leggett will follow through on his promise.

“He said this is going to be ‘our’ plan, so that to me means it has to relate to everybody, not just the council.”