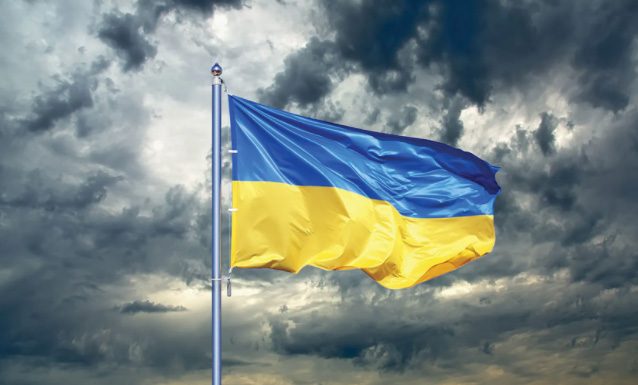 As the Russian army gets bogged in ‘the mud of spring’ in its assault on Ukraine, Chris McCullough reports on the effects on one farm in ‘the breadbasket of Europe’.

The world is at war! Don’t think just because Ukraine is far away from New Zealand that the horrendous atrocity there will not affect you. It can and will.

On February 24 an idiotic, unstable little despot president in Russia decided to unleash a war of terror on the innocent people of Ukraine.

As that war continues thousands of innocent Ukrainian men, women and children have lost their lives, and for what?

While the fighting continues in Ukraine the aftershocks are being felt worldwide and are hitting people’s pockets as energy and food prices escalate.

Dairy farmers, especially, around the world are bearing the brunt of increased input costs on top of what already were high costs. One dairy farmer in Northern Ireland has reported his electricity bill alone has almost doubled from £1500 to £2800 in one month!

The hearty, courageous Ukrainians are fighting for their lives, their country, their freedom and democracy, goals taken for granted by most people.

Farms in Ukraine are being torn up by the Russian army’s tanks and other military vehicles. The main sowing season for grain crops starts at the end of March but for many farmers this will not be possible.

The Russian soldiers are fast running out of food and fuel, and are raiding farms to replenish stocks. Ukrainian farmers are hiding fuel in the fields and processing as much food as they can from stocks and delivering it to their soldiers. The one big plus stalling the Russian advance, and something Vladimir Putin did not figure into his masterplan, is that land in Ukraine is very muddy and sticky in spring. Tanks, armoured personnel carriers and missile launchers are being swallowed up by what the Ukrainians call “the mud of spring” and are subsequently bogged and abandoned by the Russians, or blown up by the Ukrainian army.

Some farmers in the besieged regions are fleeing as the Russians take up positions in their fields. Other farmers are evacuating before the Russians turn up.

For the past 20 years Dutch farmer Kees Huizinga, with his two business partners, have run their large 15,000-hectare crop, dairy and pig farm near Cherkasy, 200km south of the capital, Kyiv.

Their farm TOV Kischenzi runs 2000 Holstein Friesian cows as well as 450 sows, and has been performing very well over recent years with excellent commodity prices.

When Kees heard about the invasion he immediately sent his wife Emmeke and their two young daughters home to the Netherlands via Romania. One week later Kees followed his family to be a voice in the west for Ukrainian farmers, leaving his farm in the capable hands of the 400 staff.

“We started out there with 1000 hectares and grew that up to 15,000 hectares, mostly leased, as foreigners cannot own land there,” Kees, who is also fluent in Ukrainian and Russian, says.

“When I became a farmer, I knew I would have to wage a figurative war against the traditional enemies of food production such as pests, weeds and disease, but I didn’t expect to be in a real war zone with a deadly enemy.

“The Ukraine Agrarian Association has around 1100 members farming a total 3.5 million hectares in Ukraine,” he says. “They asked me to go to the west and be their voice in case we lose internet connection in Ukraine.”

Work on the farm continues and the 2000 cows still need to be milked, although a big review of the cropping programme is under way.

“Just before I left the cows were yielding 34 litres each per day,” Kees says. “We milk them in an 80-unit rotary parlour twice per day. Cows are fed a mix of corn silage, alfalfa hay, soybean, sunflowers, sugar beet pulp and the minerals, most of the ingredients we grow ourselves.

“Our milk goes to Molikija where it is processed into liquid milk, butter, cheese and yoghurts. We are on a premium with the factory receiving around 43 euro cents per litre, as we produce high quality milk all year round. Thankfully, the trucks collecting the milk are still running for now, but I do not know what will happen.

“For the world market we grow corn, wheat, barley and sunflowers that are exported out of the Black Sea ports, but the Russians have closed those ports now. Incidentally, Ukraine is the biggest sunflower exporter in the world and accounts for over 50% of global sunflower production.” While the area Kees farms in is relatively quiet, some of the farm staff have gone to fight the Russians.

“Around 25 of our staff have gone to fight the Russians. Some others are working as local security to keep an eye out for saboteurs. Our farm, like most farms and local villages, are preparing food and sending it to the Ukrainian army and to Kyiv.”

So just imagine, what would you do if you woke in the morning and found a hostile foreign army platoon setting up a base there and barbecuing your cows?