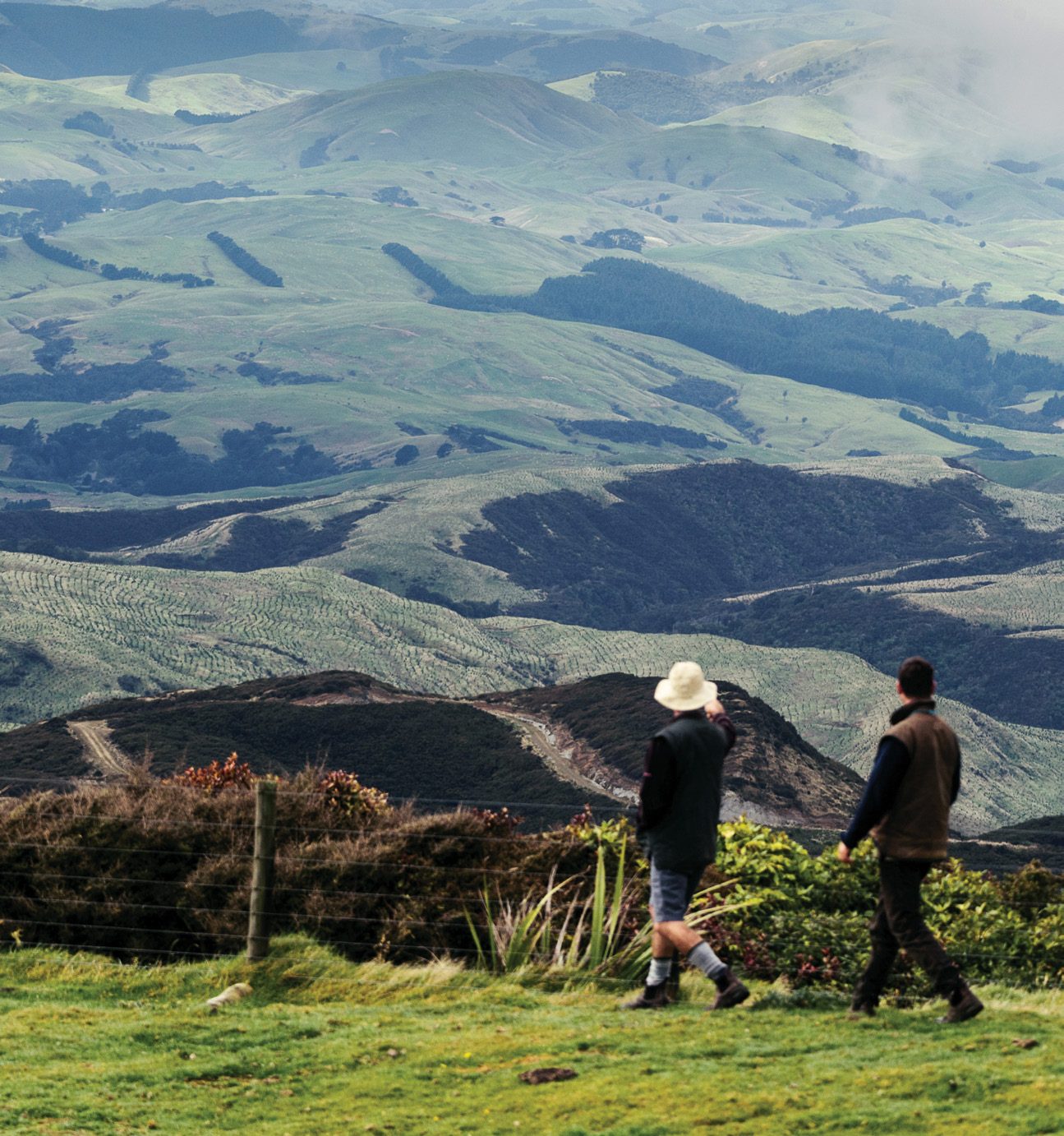 THE TYLEE FAMILY HAVE FARMED APPIN, the original 446ha block since 1889. Fourth-generation farmer Lochy Tylee’s great grandfather Walter Edward Charles Tylee bought the Northern Wairarapa farm as a bush-clad block. By 1896 most of it was cleared.

They run 16,360su on four farms between the Puketoi Ranges and Mangatainoka, an effective area of 1700ha.

In 2008, a 91ha easier-contoured block (Springhill) was added with the whole farm now known as Appin. A two-terraced 454ha hill block (Te Rata) across the road from Appin was bought in 2013 and has since undergone considerable development.

Loch’s son Tom is the fifth generation of Tylees to farm Appin. Married two years ago to Harriet (an occupational therapist) they have a 13-month old daughter Millie.

Lochy who is married to Ruth (a registered nurse) has been managing the business since 1987. Both Lochy and Tom live on Kohinui as this is closer for their wives to travel to work in Palmerston North and Pahiatua.