Is regenerative agriculture a future way of farming or another fad? New Zealand soil scientists and Australian ag consultants give their analysis. Joanna Cuttance reports.

Regenerative agriculture originated from the ecosystems of the prairies of the United States and the outback of Australia, which have very different soils to NZ, and was focused on achieving certain outputs.

Edmeades said many of regenerative agriculture’s goals are not new ideas and have been part of NZ’s clover-based pastoral system for decades.

Regenerative agriculture’s concept of rotational, planned in-situ grazing was already the basis of NZ’s pastoral agriculture. All biological systems contain inefficiencies but NZ’s in-situ, grazed, clover-based, pastoral system was as good as it gets in terms of nutrient cycling. This was comparable to RA’s concept of a closed system, minimising exploitive practices and replacing what is removed.

He said RA’s use of perennial crops and pastures was already an established part of NZ pastoral agriculture. As a consequence of a clover-based pastoral system the organic matter content in NZ soils are among the highest in the world, which met the RA goal of building soil organic matter. The goal of encouraging biodiversity and riparian planting had been part of the NZ farming direction for a while now. Having healthy soils, plants and animals including humans was a given goal for most farmers.

Edmeades said farmers needed to be wary of adopting all the RA goals into a pastoral system because this would not be beneficial to the NZ farming system. Many of RA goals had little or no scientific plausibility, some were based on false premise and others could be achieved by much cheaper means.

In the Fertiliser Review Edmeades looked at four goals RA aspired to, which impacted on managing soil fertility. 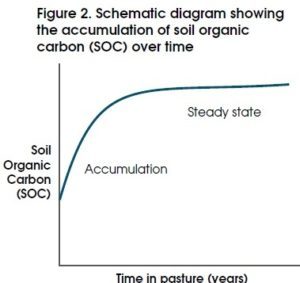 The first was mitigating climate change through sequestering atmospheric CO2 as soil organic matter (soil carbon). He believed NZ’s well-developed pastoral soils should not be included in the fight against climate change. His reason was research showed during pasture development large amounts of C accumulate in soils. This effect lasted for about 20 to 50 years, however most of the country’s pastoral soils were past this development phase, therefore the possibility of sequestering more soil C is now past. He said most of NZ pastoral soils are now C neutral, or in some cases, such as under intensive farming, may be net emitters of soil C.

The second goal of RA he considered was, enhancing soil health by building of soil organic matter and microbial activity.

Long-term trials showed the NZ pastoral farming system, including the use of chemical fertilisers, enhanced and maintained soil health, soil organic matter and biological activity. He noted soil health was difficult to define because soils were complex. Usually a pragmatic approach was taken by defining soil health in terms of land use.

A healthy grassland soil would be defined as having good soil fertility to optimise the growth of a clover-based pasture, good soil organic matter content to aid the storage of nutrients and water, good biological activity to optimise the cycling of nutrients, good physical structure so it drained well, and would support grazing livestock in all weather conditions.

Edmeades said apart from improving soil drainage, there was little which could be done to modify the physical properties of soils. Soil fertility was readily modified with fertiliser and lime. Good soil management practice was to maintain clover-based pastures and manage them such that the amount of organic matter being returned to the soil was optimised – this could be labelled restorative.

Cropping, unless using zero tillage, had the opposite effect – exploitive. Soil fertility experiments in NZ have looked at the effects of applying fertilisers, introducing a legume and the return of dung, urine and some of the pasture clippings on pasture production. All of these inputs increased pasture production and as pasture production increased so great for water quality and biodiversity. 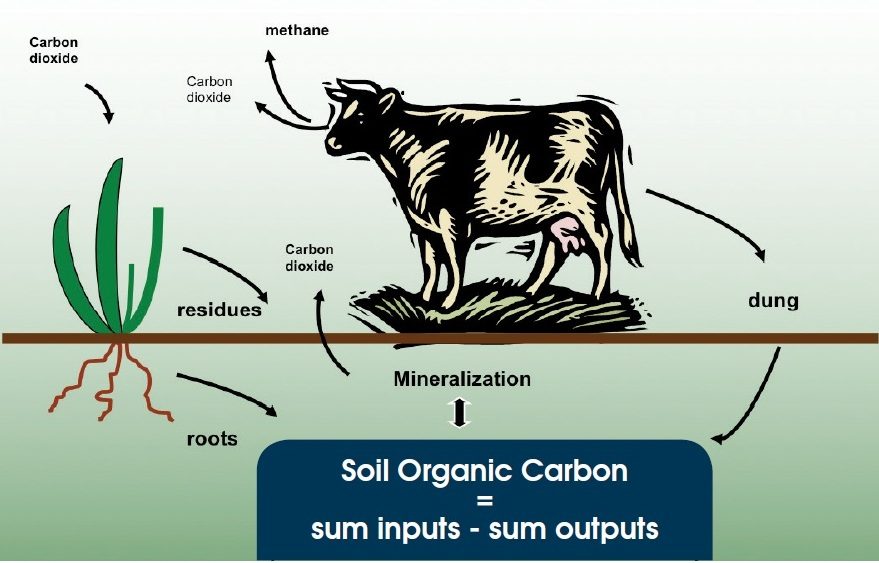 Again, this logical impossibility applied to compost. Compost had a low nutrient content therefore tonnes of compost would be required to replace the use of mineral fertilisers. For example, assume a 100-hectare dairy farm, required 50kg P/ha/year (550kg super/ha/year) to maintain the soil P levels. This required an input of 5t/ha of compost or 500t compost for the whole farm every year. With 1200 dairy farms in NZ we would need to make about six million tonnes of compost every year.

Where aerial application was required, assuming 20kg P/ha/yr was required, leaving aside the feasibility of the physical form of the material, there would be enormous transport and spreading costs. NZ pastoral farming, could be argued as already using compost (plant residues) and manures (dung and urine), Edmeades suggested.

Nutrients in compost and manure were not free and they had to come from somewhere, normally a productive soil. Mining one soil to feed another was not sustainable. Substituting chemical fertilisers with manures and compost would be very expensive and would not necessarily improve soil quality, soil health or soil productivity.

The fourth goal Edmeades looked at was the aspiration to utilise mycorrhizal fungi to access existing soil P reserves and the adoption of the base cation saturation Ratio (BCSR) theory of soil fertility.

NZ pastoral soils are teeming with naturally occurring mycorrhizal fungi, and he noted past attempts to introduce different strains had failed. Utilising existing strains of P reserves was exploitative and would result in mining down soil P levels, which only had merit when P levels were above optimal range, which in Edmeades’ experience was not common. He dismissed the BCSR concept because it lacked scientific basis and would increase cost for no benefit.

He was concerned that many of RA goals are unscientific, some are not based on sound science, others are implausible and likely to be very costly, and some are based on false premise. The NZ agricultural sector needs to pick and choose wisely and make decisions based on sound scientific research and be aware of the values which are at play.