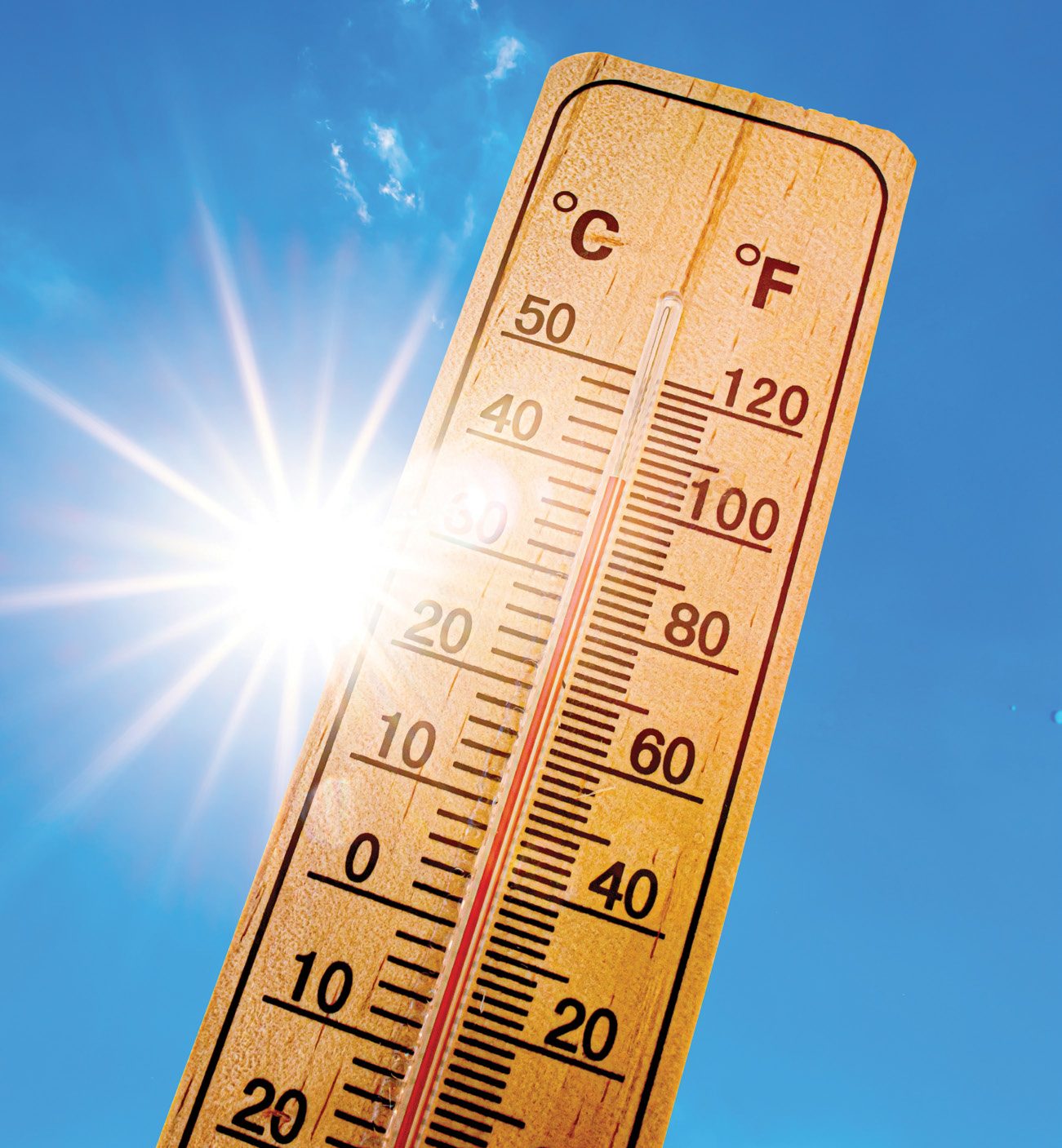 As the north warms researchers are looking across the Tasman for suitable alternative forage species. Delwyn Dickey reports.

Red earth and a bunch of bouncing marsupials are certainly missing from the Kiwi scene.

But we have more in common than you might think.

As the climate warms, farmers from other parts of the country can look to other districts to see what their future climatic conditions might look like and adapt their farming operations accordingly.

But farmers in the north are heading into uncharted territory.

Northland already experiences about 55 days a year, between November and April, when soil moisture is too low to maintain plant growth without irrigation, according to the National Institute of Water and Atmospheric Research (NIWA).

With an extra 20 to 30 days a year with temperatures over 25 Celsius likely by 2040 and a whooping 40 days a year possible in 70 years, the Northland climate is moving into a league of its own, with no comparable area we can look to for climatic conditions.

Unless we look across the Tasman.

The modelling systems used showed that while the climatic suitability for dairy of the mid and north coast of NSW and South East Queensland clearly decreases by 2050, it improves markedly for Tasmania and the Manawatu, and even more so for Canterbury and parts of Southland.

By 2050 these models show Northland with a similar climate to the Sydney Basin today, Garcia says, and to the NSW coastline areas more generally, with Waikato’s climate similar to Northland today.

Rainfall is becoming more irregular and unpredictable, with Victoria, NSW and Queensland particularly, being hit hard by two unprecedented extreme droughts in the last 20 years, he says.

These types of drought see little to no pasture growth for months or entire seasons, which, for dairy systems, typically mean a big increase in feed costs and a reduction in farm profitability.

But just moving intermittently in and out of times of soil moisture stress, also puts added pressure on pasture persistence and quality, as well as creating weed and pest issues – all of which affect profitability.

Scientists are now seeing the likelihood of increased variability with rainfall and soil moisture content as more problematic for farming than the long-term effects of an increased average global temperature, Garcia says.

This is seen in the most recent modelling research for South East Australia which points to extreme variability as the biggest challenge to resilience.

So where does this leave Northland farmers?

Finding alternative pasture species to shallow rooted ryegrass, which is increasingly struggling in the dry northern summer and autumn, has been the biggest issue for northern farmers Murray Jagger and Stuart Thomson (see the July issue of Dairy Exporter). They see tall fescue, cocksfoot and clover as a more resilient alternative.

Plant breeding for heat tolerance, or more lenient grazing management, may not be as effective as breeding plants for increased soil moisture resilience – with larger and deeper root systems – as seen with fescue, cocksfoot and phalaris.

But Jagger and Thomson are among a small percentage of farmers actively moving away from ryegrass pastures.

“Ryegrass is by far the most common pasture sown, and for good reason,” NZ Grassland Association president and senior scientist with AgResearch Dr Warren King says.

“It’s easy to get really good seed, easy to establish and easy to graze. If you look at DairyNZ Forage Value Index – they’re all ryegrass cultivars: perennials, Italians and annuals.

“We understand it really, really well. So, if it’s not performing as well as it used to then we have an issue.”

He too sees a need to research beyond ryegrass for increasingly drier Northland, and as the Waikato’s climate heads in that direction.

“Northland is 30 years ahead of the rest of the country – always has been,” he says. “Waikato already has much in common with Northland with regards to ryegrass pastures.”

King points to the trialling of a dozen or more subtropical grass species in Northland in the 1970s, in Kaikohe and Kerikeri.

“None of them were really hugely successful and, as you can imagine, many were a bit cold sensitive.”

But, with the northern climate having warmed up in the 40 plus years since, it may be time to take a look at them again, he says. In addition, King is part of an initiative that will cast the net more widely to Australia as well as North and South America and also Japan to look at some of the subtropical grass and legume species that have been in development there. Ultimately, the aim is to trial promising candidates in Northland.

But that may be easier said than done.

“Bringing pasture species that have never been brought into the country will be a big issue and a big hurdle to jump through with the Ministry of Primary Industries (MPI).”

With species that have already been grown here in the past there shouldn’t be such an issue.

“However, more plant development work will have also been done in the last 40 years on some of those trial species offshore, so it’s a conversation we’ll have to have with MPI, see what their thinking might be on it – where they might draw the line.”

But getting the major seed suppliers interested in significant research and development on new pasture species may not be easy.

At a recent field day at the Northland Agricultural Research Farm (NARF) near Dargaville, run by the Northland Dairy Development Trust (NDDT) under co-ordinator Kim Robinson, delegates were given a run down on the next four-year future farming trial. The trial will look at alternative pastures, and reducing emissions on a traditional ryegrass-based farm. (More on page 82: Research Wrap)

Cropmark Seeds, a smaller NZ-owned Canterbury company, was the only seed company to send representatives.

Robinson feels the big growers aren’t really interested in research and development for new cultivars, for the northern area, as Northland farmers make up a small percentage of their business.

King sees this as a valid point, with research and development costs likely behind this.

“It can take a 10 or 15-year development cycle for new cultivars to be developed and to arrive for sale in the rural retail stores, so a single ryegrass cultivar that can be planted up and down the country is a much easier business case to make.

“Looking at the seed volumes you might sell in Northland – it’s a much harder business prospect.

“But they are not ignoring Northland completely – they are testing all their new [ryegrass] cultivars in the Northland environment before they release them.

“Outside of ryegrass – with some of these cocksfoot varieties having not been extensively trialled – farmers are really at the forefront of some of this work.”

Tech manager at Cropmark Seeds, Dr Matthew Deighton, was at the field day.

Much of the research and development trialling work they do is on host farms, Deighton says, which extends as far north as Waikato. They wanted to make contact with farmers at the field day who would be interested in hosting trials for alternative pastures. With autumn the time to start trials they have some time up their sleeve, but were pleased with the farming contacts they made.

“It’s clear there’s a different environment being experienced in the upper north now, so that’s where we need to increase our trialling effort. It’s clear issues with climate change are pushing ryegrass beyond its capabilities.” He says, “But we see huge potential with cocksfoot.”

“There comes a point when the economic value of some of these alternatives supersedes ryegrass.”

But it may not be all plain sailing with new pasture species.

Ryegrass endophytes give some protection against insect predation, and while cocksfoot is highly persistent it doesn’t host an endophyte, Deighton says.

“That creates a challenge on some soil types like lighter peat soils where black beetle are becoming a problem, with larvae being especially damaging to grass roots. This is where multi-species pastures may hold greater potential to provide improved persistence despite increasing climate and insect pest pressures.”

The unknowns highlight the need for serious research as Northland farmers, and ultimately all farmers in the upper North Island, face new challenges in a changing climate.