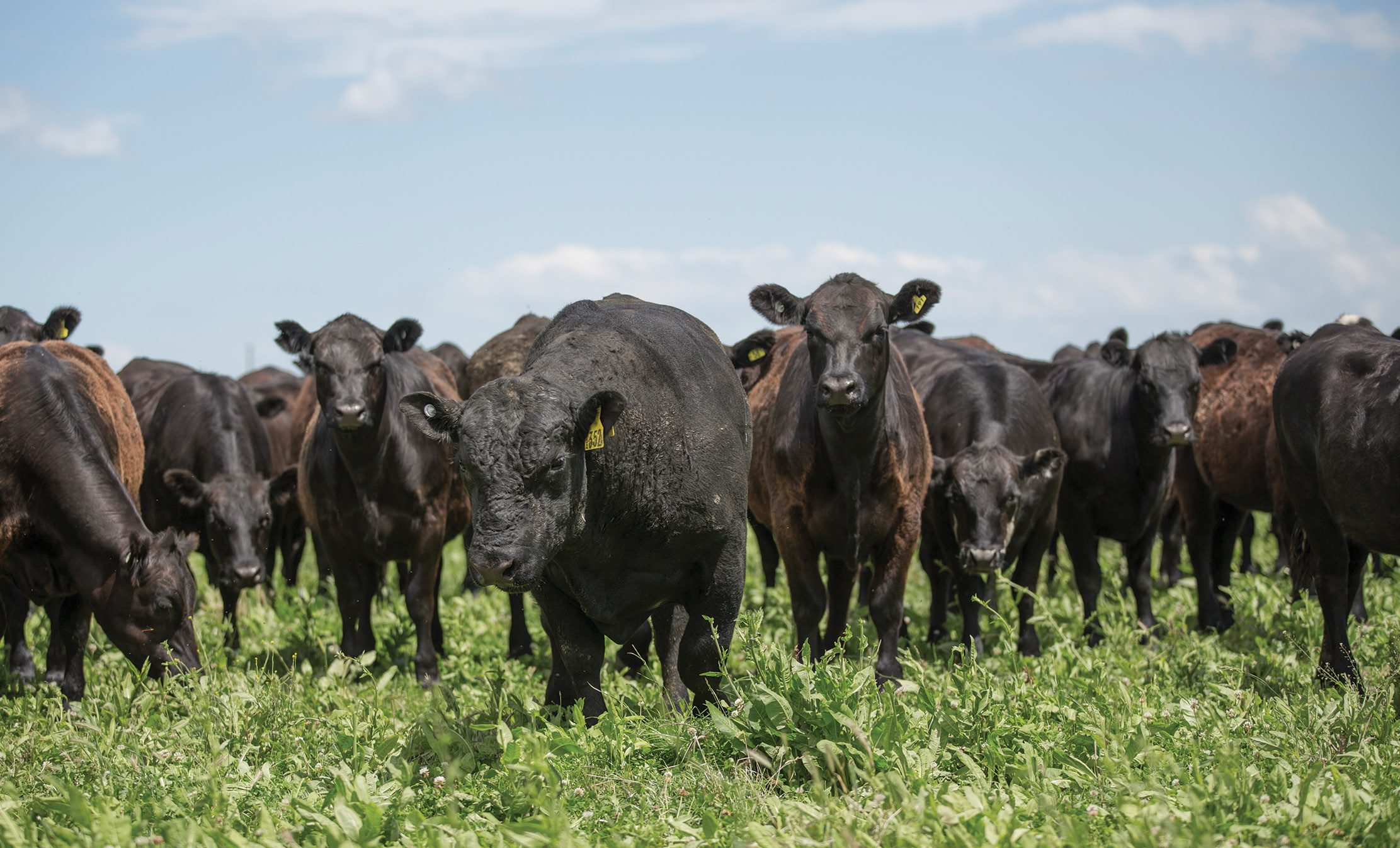 The devastating disease facial eczema (FE) is not considered common in beef cattle with little known about prevalence. With warm and humid weather FE can seriously affect ruminants grazing grass-based pasture when ground temperatures are above 12C and humidity is high.

Animals affected include cattle, sheep, deer and alpacas. Horses are not susceptible.

The threat is greatest when rain follows a dry spell and there is dead litter at the base of the pasture. Conditions ideal for mushrooms also favour the fungus Pithomyces chartarum which causes FE.

The toxic fungal spores containing sporidesmin are eaten by grazing animals causing damage to their liver and bile ducts. Because they can’t release bile and chlorophyll breakdown products they become highly photosensitive.

Distressing symptoms with clinical FE include frequent urination, kicking at udders, restlessness, rubbing of heads against posts and gates and seeking shade to avoid sunlight. In severe cases animals break out in weeping dermatitis and scabby rashes around the face and legs.

Importantly, animals showing these external clinical symptoms are only the tip of the iceberg. For every affected animal seen there will be five or 10 others with unseen sub-clinical FE. In a herd of beef cattle with up to 20% clinical cases it’s very likely 100% have FE. Animal deaths often occur with clinical FE.

Many farmers will have sub-clinical FE in their beef cattle not visible but causing lost production and income.

A drive is also on for research to provide new solutions as heavy reliance on sporidesmin challenge testing for tolerance breeding and zinc as a prophylactic may not be sustainable. The FEWG is LIVESTOCK

supported financially by Beef+LambNZ with in-kind assistance from DairyNZ and DeerIndustryNZ.

Recently the FEWG discussed FE in beef cattle with facilitation from AgResearch Ruakura geneticist Neil Cullen and Hamilton-based AgFirst consultant Bob Thomson. Main points were that beef cattle are more tolerant than other ruminants; they tend not to visually show clinical signs; there is greater prevalence in dairy and dairy cross animals.

Some industry information gathered several years ago from AsureQuality by B+LNZ farmer council chair Robyn Williamson showed similar spikes for beef cattle as for sheep in liver damage from meat processing companies in most North Island areas and Nelson-Marlborough. However, not all liver damage can be attributed to FE.

It was resolved that the FEWG should facilitate collation and reporting of available information on national prevalence of FE in beef cattle.

The cost of FE to livestock industries is huge. Estimates by FEWG show an industry average of more than $500 million annually with beef cattle predicted to contribute up to $80m if their incidence approaches that in sheep. This extent is unlikely however as beef cattle, particularly on hill country, often graze pastures not at risk of FE challenge.

Farmers should be vigilant, in most years between January and May, to detect rising spore counts on their farms. Most veterinary practices have spore counting services and can advise of looming risk periods and treatments.

Comprehensive weekly regional consolidated reports on spore counts can be obtained from the Gribbles Veterinary link: https://www.gribblesvets.co.nz/facial-eczema-reports/ Weekly spore counts are also available on B+LNZ’s eDiary. Reports to mid-March 2020 showed 25% of regional spore counts had just started trending above the FE risk trigger of 30,000 spores per gram of pasture.

Main areas affected were Kaikohe, Central Waikato, and interestingly, the Grey District in the South Island. Dry conditions in most other areas had prevented spore counts rising.

If spore counts rise above risk levels beef producers should contact their veterinarian for procedures to test for sub-clinical FE. This will probably involve collection of blood samples from a sample of animals.

There are several options to farmers for prevention of FE including:

Farming areas most affected by FE are generally north of Taupo and the east coast north from Hawke’s Bay. But there is wide variation between years depending on climate. The most recent severe outbreak in 2016 included the Kapiti coast and large parts of the South Island.

Former Ruakura scientist Dr Margaret Di Menna illustrated with maps some time ago that average season historical FE risk areas, estimated at around 20% of available grazing land, would increase to a predicted 70% with three degrees of global climate warming (Di Menna et al. 2009, NZ Journal of Agricultural Research). FE experts say the bad outbreak of 2016 surpassed this prediction with wider areas including around lake Taupo and large parts of the South Island affected.

The impact of FE is expected to deteriorate towards the above prediction with global warming in coming decades.