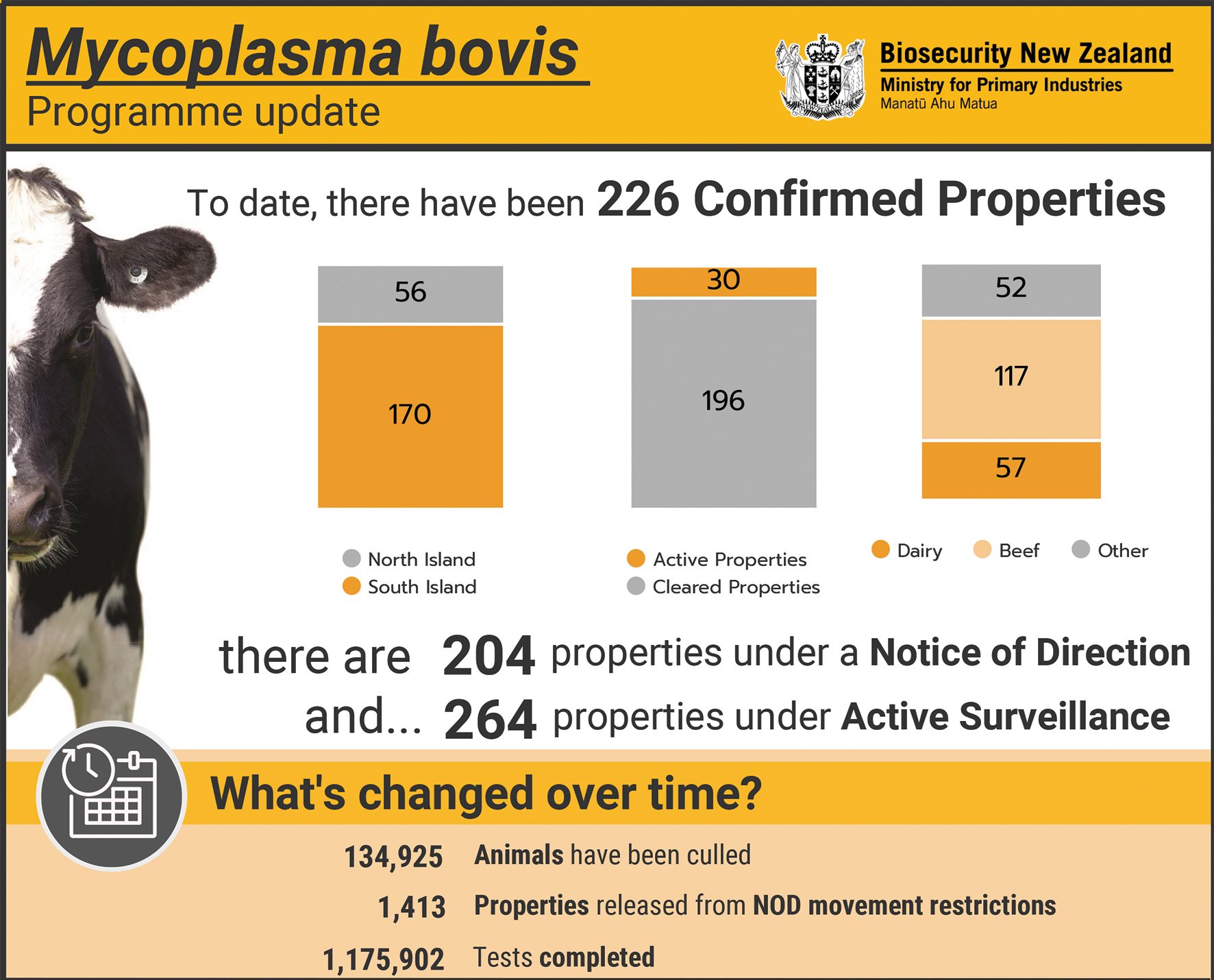 Eradicating Mycoplasma Bovis over a 10-year period is still the aim of the response team at the Ministry for Primary Industries. (MPI).

When Roche arrived in his new job at MPI 18 months ago having left Dairy NZ, he said he had a sinking feeling the decision might be to learn to live with the disease.

However, when the advisory group advised MPI eradication was possible and they received the funding of $860 million to carry out the job he was really pleased, because he had worked through bad outbreaks of the disease in a number of overseas countries and it was very rough.

While eradication is expensive, controlling and living with the disease was going to be a huge cost, estimated at $1.3 billion over a 10-year period and more in the following period.

“It’s definitely worth going through the pain of eradication to be rid of it.”

Eighteen months on, Roche, who chairs the M Bovis strategic science advisory group, says the disease is now getting well under control.

The estimated dissemination rate measures disease control and tracks the rate spread of incidences of the disease.

The good news is that the dissemination rate has been held under 1 for many months now, meaning that each farm identified as a positive infects less than one other farm, MPI epidemiologist Mary van Andel said.

“Despite the seasonal fluctuations of cases, we are down to very small numbers of new cases.”

“We are going to find more herds – you will see the number increasing but we are getting closer to shutting it down,” Roche said.

Within the next 12-18 months MPI aims to finish the delimiting phase of the disease and would then move to long-term surveillance.

“Because it’s a disease that is good at hiding, it will be a while before we find the last cow.”

Roche says if everyone was NAIT compliant and the system was working well, the pathways of spread could be shut down in minutes.

But back in the early days of the outbreak it was taking the team weeks to trace the stock movements from each farm – particularly trading farms.

“While we were tracing those farms, they were still trading with other farms and we were continually trying to rein-in the spread.”

He pleaded that NAIT compliance is by far the easiest way the industry has of controlling outbreaks of this nature.

“The silver lining of the outbreak is that M bovis has been a non-trade notifiable disease so it has not shut down our overseas exports – but it has been a very good test of our biosecurity systems and we have learnt a huge number of lessons through this process,” Roche said.

“One of the biggest lessons was that our information systems were nowhere as good as they could’ve been – so we are now busy developing those systems.”

He encouraged the professionals present to encourage their clients to be far more robust in their NAIT recording, especially around moving day on June 1.

“The good news is that there has been a doubling of NAIT compliance since the Mycoplasma bovis outbreak began and NAIT compliance is now 50% higher at slaughter than at farm level.”

Van Andel urged farmers to understand the NAIT process and take each of the steps in the pyramid of actions.

“Many farmers are still failing to register their tags against animals in the NAIT system – they buy the tags and put them in the animals’ ears but then fail to activate them and do the transfers.

“Full NAIT compliance requires each step to be taken.”

Beef farms don’t tend to infect other farms, but they are hard to surveill, unlike dairy farms where bulk milk testing can easily be carried out, Roche said.

A National Beef Survey will sample 2500 beef farms alongside their Tb testing, to ensure there is no unknown infection in the national beef herd.

Bulk Tank Milk Surveillance is ongoing, with 9.5 farms having a ‘detect’ result each month (average over the last three months). That includes known restricted place farms. Only 3.5% of farms with a detect result are found to be infected.

A more sensitive test is needed for ongoing surveillance now the disease is at a lower prevalence level on the national herd, Roche said.

“Under advice of the technical advisory group, we have five providers working on a new test.” 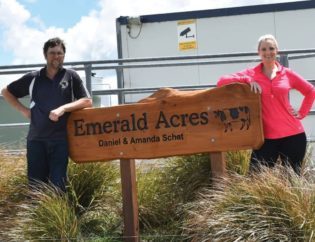 vamtam-theme-circle-post
 Category Dairy Exporter
A Canterbury couple had to make compromises to ensure their herd was all-A2, but it...
Read More 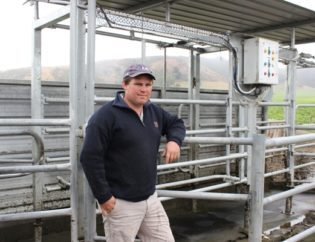