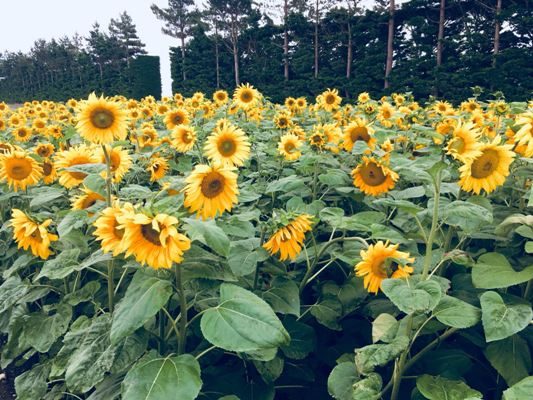 Anne Lee talked to scientists at DairyNZ to find out what is the way forward with regen agriculture and they encouraged farmers to engage, but ground the practice in science. More trials are to come, she found.

There's a bigger peril to conventional farming in New Zealand than engaging with regenerative agriculture – not engaging with it.

Bruce Thorrold is a strategy and investment leader at DairyNZ, responsible for allocating funding to research and extension programmes, in particular those relating to new systems and competitiveness.

The discussion around regen has become polarised, he says, and that’s not a good situation to be in.

The philosophy or vision of what is “essentially a social movement” actually parallels the dairy sector’s own vision – Dairy Tomorrow, he says.

It’s also in line with the Ministry for Primary Industry’s Te Taiao strategy.

“If you look at the philosophy of regen ag, which basically says let’s farm in ways that make things better with a spirit of continuous improvement, a spirit of trying new things, a spirit of taking a holistic view of your farm, your community, your business, your people, your animals and your environment – that’s our strategy, that’s Dairy Tomorrow.”

Many of the practices too are in line with what farmers do now as good or best practice.

But there are some practices that just aren’t based on sound science or evidence, he says.

“That’s the risk, so instead of solving the problem, farmers spend scarce capital and mental energy on making the problems worse.”

To avoid that risk, farmers, funders and sector groups should be embracing the overarching philosophy, engaging in the discussion and ensuring that the research and farm systems being developed are done so based on science together with farmer experience.

“If we do that, if we ground this in science and economics and then we use the creativity of researchers and farmers and find new ways, good ways of doing things – then we’ll be right,” he says.

To disengage means leaving it to someone else.

He believes one of the reasons some scientists and farmers have come out so strongly against regenerative agriculture is they think that by accepting it as a philosophy it means accepting “conventional” farming is bad.

“It’s this feeling that it means accepting blame.

“But the farmers who look to regen don’t do it for that reason. They do it because they’re looking for ways to do better, just the same way we’re looking for continuous improvement in Dairy Tomorrow. “It’s not about feeling blame.”

Like many social movements or philosophies regenerative farming has attracted some “fringe elements” and some of the practices have no scientific backing.

Emphasis for instance can go onto creating soil conditions where fungi populations increase and they then work in harmony with plants to extract nutrients the plants need from the soil, limiting or eliminating the need for fertiliser inputs.

“We know from earlier research that when you stop putting fertiliser on, the fungi will get cracking but they mine the soil so over a period we’re exporting nutrients (through meat and milk).

“You run your phosphorous status down for example and become phosphorous deficient and no amount of fungi will solve that.”

But there’s no need to throw out the whole concept because there’s evidence a particular practice doesn’t work. Farmers want to know what works and what doesn’t, he says.

“Instead, farming could pick up on the Te Taiao, New Zealand farming Inc-take on regenerative agriculture with its culturally unique flavour and ground it in science and farmer experience.

“There’s work to be done in understanding what some of these regenerative practices lead to in the soil and the wider range of values pasture diversity can give.”

Research projects are in development for structured scientific studies together with farmlet work and work with farmers already using regenerative practices, he says.

“If you look at the philosophy of regen ag, which basically says let’s farm in ways that make things better with a spirit of continuous improvement, a spirit of trying new things, a spirit of taking a holistic view of your farm, your community, your business, your people, your animals and your environment – that’s our strategy, that’s Dairy Tomorrow.”

DairyNZ principal scientist Ina Pinxterhuis was involved in the discussions that resulted in the Our Land and Water white paper, Regenerative Agriculture in Aotearoa New Zealand – Research pathways to build science-based evidence and national narratives. (link on page 41)

She says the white paper lists both principles and practices with some compatible with profitable, sustainable best practice dairying but some aren’t and some need research.

One of the 11 principles for instance is to manage livestock strategically.

On the face of it, not a problem, but the regenerative agriculture practice of “adaptive multi-paddock grazing” isn’t proven to give the benefits claimed, Ina says.

It involves using high stocking rates on high pre-grazing covers of diverse pastures for short periods (6-12 hours per day but some farmers up to six shifts per day) leaving higher residuals so drymatter is trampled into the ground with an aim to recycle nutrients, increase carbon and promote biological activity.

“There are a lot of unanswered questions with this.

“Do animals at very high stocking rates on these diverse pastures really get to select what they want?

“Does the lower pasture utilisation (70%) compared with (85%) in conventional grazing simply increase the risk of lower intakes of poorer quality feed given longer covers mean more dead material in the base and stalkier, more fibrous plants?

“Does it increase the risk of diseases such as facial eczema?”

“Is it really better for pasture for organic matter to be trampled in for nutrient recycling or does it work just as well if more, high quality feed passes through the animal first and is then deposited on the ground as dung and urine?

“We know that biodiversity above the ground increases the biodiversity under the ground but what soil biology is actually beneficial to the environment and the farm system?

“Could four plant species give us the biodiversity underground that will carry out the ecosystem services we need – so do we really need 16 or more?

“It may depend on how much organic matter you already have in your soils or where you’re at in terms of soil improvement so it may be that there are a range of answers.

“We know there are benefits and risks to some of these practices but do we have enough tools for farmers to make the decisions on what might work for them and how can they experiment onfarm and learn?

“When our aim was to increase production, it was easy to see if something worked or not because farmers could measure it in the vat. But if we have different goals – such as supporting functional biodiversity, animal wellbeing, reducing nitrogen loss or greenhouse gas losses – as scientists we need to give farmers meaningful measures they can use.” Research, both component, structured research and research onfarm with farmers is needed to answer the myriad of questions so farmers can benefit from the good aspects of regenerative farming while avoiding possible downsides, she says. 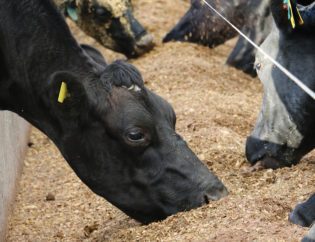 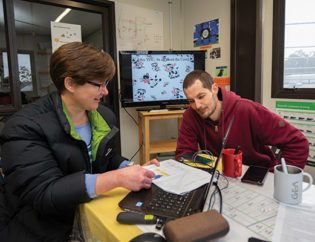 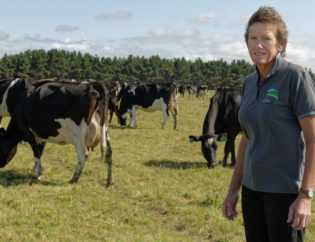 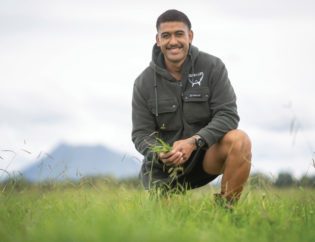 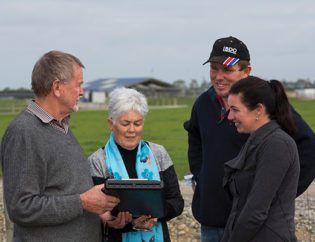 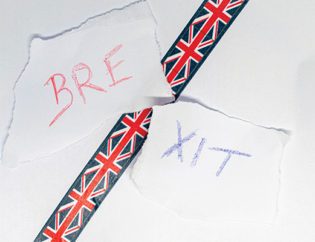 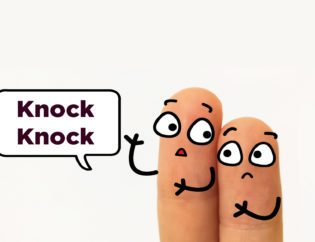 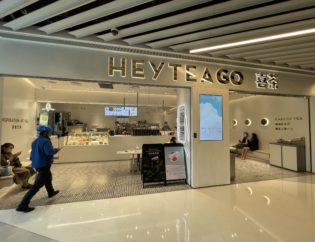 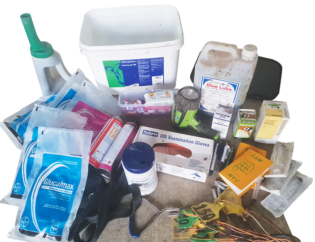