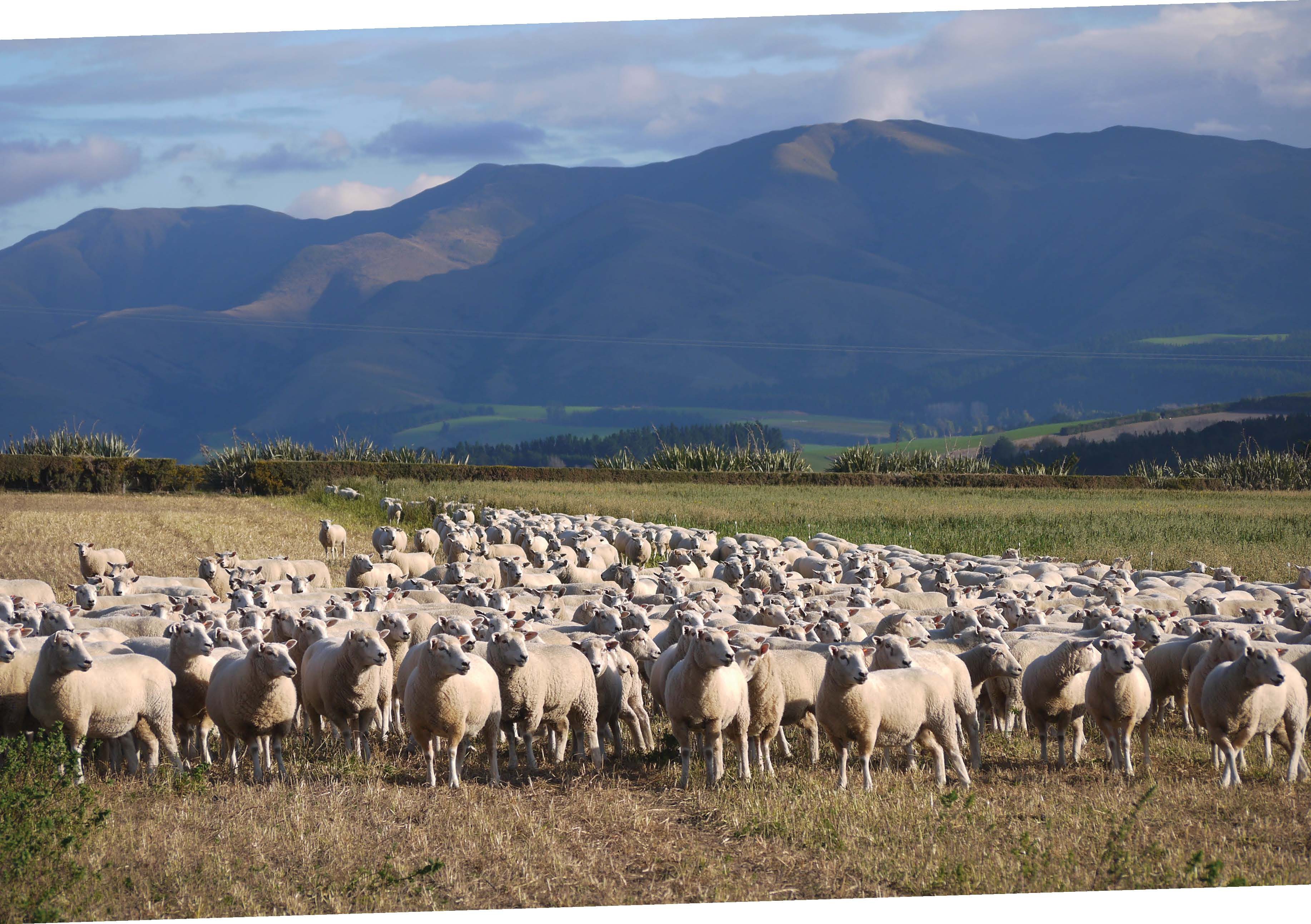 Diversification was once a catchword in the agricultural industry but a South Canterbury farmer is showing that, done well, diversification can spread risk and drive profitability. Sandra Taylor reports.

In 2012, Hamish Cottle and his father John introduced 50 sows on to Highgrounds Farm, their 220ha dryland sheep and beef property on rolling downs inland from St Andrews.

Their reasoning was simple. Hamish had recently returned to the farm so the business had to generate extra income and irrigation was not an option. He also wanted to take over the farm eventually, so it had to be profitable enough to allow the succession process to get under way – which it has.

Prior to buying the farm in 1989, Hamish’s father had experience raising pigs so knew about their requirements, and the business model stacked up.

The enterprise has been a success and has grown over the years. Hamish and his partner Angela, along with Hamish’s parents John and Cheryl, are now running 200 sows and providing Neat Meats with 100 porkers every week.

Hamish says they have been fortunate enough to supply Neat Meats from the outset and enjoy a very close and open working relationship with the company, which specialises in niche meat products such as true free-range pork.

Each sow on Highgrounds Farm produces 2.3 litters per year and each litter averages 11.4-11.5 piglets weaned, which is very high for an outdoor system.

The pig enterprise ticks all of the animal welfare, environmental, and economic boxes and Hamish says they take real pride in running what is a truly free-range business.

The pigs are on a continuous, albeit very slow, rotation around the farm. Breeding sows are leap-frogging each other as they go through their reproductive cycle and this means they are always given clean, disease-free ground for farrowing and rearing their young.

Hamish and John run a three-week batch farrowing system, so every three weeks 28 sows come in for farrowing onto clean ground in cleverly designed, round farrowing pens that Hamish and his father adapted from a design described in a 1950s Ruakura technical publication. The pens allow the sows to express their natural behaviour while giving the piglets a central “safe zone” to stop the sow using her progeny as a mattress – the leading cause of piglet deaths.

At weaning the piglets are divided into gender groups and each is run on a separate paddock. Because of the space they are allocated there is no need for teeth or tail trimming or the animal health treatments often required in more intensive operations. No antibiotics are used.

The weaners stay on their designated areas and are finished on a specially formulated mix that Hamish buys from Fresh Pork at Burnham. He buys in eight different mixes, each specifically formulated for the different life stages and nutritional requirements of the pigs.

The weaners are finished at about four months of age. They are weighed every week and drafted off when they reach the required weights, the males at 80kg (60-65kg CW) and the females 100kg (70-80kg CW). They are processed at Harris Meats in North Canterbury.

The pig operation is a critical part of the farm’s pasture rotation, which is run on a five-year cycle. The pigs are incrementally moved onto run-out pastures and, because Hamish gives them enough room to ensure they retain ground cover and don’t dig up too much soil, the pigs are fantastic at building up soil fertility by depositing potassium and phosphate along with nitrogen.

These nutrients are soaked up by a catch crop of whole-crop cereal silage that is grown in the wake of the pigs. When fed out, this silage transfers nutrients across the farm. Other crops grown are kale for wintering dairy grazers and rape, kale, and oats for sheep. higher ground. Gullies, which the pigs cannot access, are left in grass that acts as a nutrient trap and prevents run-off into waterways or critical source areas.

Hamish employs two full-time staff to work in the pig side of the business – while the pigs have greatest costs they also generate valuable cashflow and are typically the most profitable part of the enterprise.

Hamish admits his real passion is his sheep.

He runs a Texel stud (selling 25-30 rams every year) alongside 1300 Perendale/Texel commercial ewes and 400 hoggets.

In selecting ewes he is looking for a sheep that can hold her condition in tough seasons while still feeding her progeny well. He is also looking for carcase characteristics, such as depth of muscle and conformation, as well as longevity.

They have recently added a neighbouring 120ha to their landholding and are looking to increase ewe numbers to 2500 plus replacements and gradually phase out the 170 R2 and 160 R1 dairy grazers that have been a stop gap since buying the new farm.

They will increase ewe numbers by retaining more ewe lambs from their ewes and hoggets.

Hamish believes that, done well, the sheep can be financially competitive with the dairy grazers, and this means setting up a system that maximises spring and early summer production so that 70-80% of lambs are gone at weaning or very soon after.

Legumes will be critical to driving this fast-finishing system and Hamish is increasing the area he has in lucerne from 20ha to 50ha by establishing around 10ha more every year.

The farm is moving away from ryegrass pastures simply because they don’t persist or perform in the east coast dryland environment, and all permanent pasture mixes now include deep-rooting species such as tall fescue and cocksfoot along with herbs such as plantain and chicory and clovers.

It is this high-quality feed that will allow the ewes to realise their genetic potential, and ultimately Hamish would like to be scanning 180% and consistently tailing 160%. At the moment the ewes are scanning around 175% and lambing 150%.

“If we can set the scene then she can do the job.”

Between 30% and 40% of the terminal sire lambs are sold at the weaning draft but Hamish says he likes to see lambs reach their potential and strives to finish them to between 18-20kg CW.

To do this they grow the specialist finishing feeds pasja and rape, which they find does the job well.

The weaned lambs are run in mobs that are gone through fortnightly, taking off any that are ready to go. Remaining lambs are drenched once a month or every second visit to the yards.

Depending on the season, surplus rape may be used for flushing ewes but Hamish is hoping he will be using lucerne for that in the near future.

The lucerne is being established on stony soils ideally suited to the forage because they are free-draining and will allow the tap root to grow through the soil profile to access moisture and nutrients at depth.

Hamish says he intends using lucerne to drive ewe lactation and both pre- and post-weaning growth rates. By maximising lamb growth rates in spring and early summer he will have the bulk of his lamb crop gone by January and can either use the lucerne for making supplementary feed or for trading lambs before it is used for flushing ewes.

In other words, it provides options.

Breeding cows have played, and will continue to play, an important role grooming pastures on Highgrounds Farm. A couple of rougher blocks are ideal for wintering the 40 Angus/Hereford type breeding cows. These are all put to an Angus bull and all the non-replacement progeny are sold at weaning.

With the acquisition of the extra 120ha Hamish is aiming to increase breeding cow numbers to 60 because he values the role they play in maintaining pasture quality.

Hamish sees diversification and setting up their farm system to be summer safe as being the strengths of their business.

The three enterprises – pigs, sheep and cattle – complement each other and mean they have not got all of their eggs in one protein-production basket.

While Hamish doesn’t use a farm consultant he gleans information from colleagues and industry experts including Angela, who is a soil specialist working for PGG Wrightson. Hamish is part of the Fairlie-based Red Meat Profit Partnership group “Fairlie Good Farmers”. He says he has really enjoyed being part of this group and has got a lot out of it, particularly as he expands the business and makes use of lucerne and other pasture species to drive production.