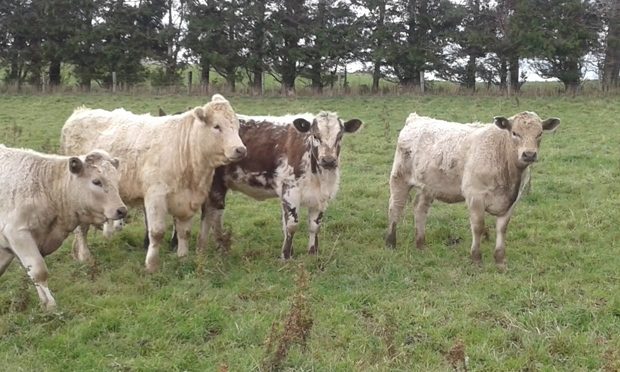 Covid-19 lockdown has forced a delay in getting lambs and prime cattle to slaughter. Suzie Corboy reports.

If I had told you six months ago that New Zealand, along with a number of other countries, would be in lockdown you probably would have been asking what I had been smoking or what was Paul putting in my food, but now we have been there. Interesting times.

I know it has affected everyone differently. In our 495-hectare bubble we have had to delay shearing our 540 replacement ewe lambs. We are very fortunate we finished shearing the 2000 ewes just one day before lockdown.

Of most concern is the delay in getting lambs and prime cattle killed, this is going to have a significant effect on pasture cover going into winter. It is usually difficult getting cattle killed at this time of year in a normal year, due to not enough capacity, but it threatens to be stress-inducing this year.

As of early April, when I am writing this, we are very fortunate winter has not arrived yet in the Owaka Valley, but that may well have changed by the time you read this. We have had a fantastic season until Covid-19 inconvenience. We have had rain within a few days of needing it, but not excessive amounts.

Unfortunately, we missed out on much summer heat, but on the upside, we had no flystrike problems, despite taking no preventative actions, and some lambs still to be killed have never been crutched.

In the past week we have had a few busy days doing animal health tasks on our calves on the once-mated heifers. Our system involves mating heifers at 15 months. Some are home bred, but most are bought as weaner calves.

After calving we feed them well, much better than we used to feed our beef cows, then kill the weaned heifers in the autumn when they still grade as heifer at the works. We then keep the progeny to be fattened or mated the following year.

This is the first year we have calved heifers that were bought in, and we have also been able to feed the heifers and calves much better than previously, due to excellent grass growth. This has resulted in the best calves we have had since we started this system, averaging more than 220kg, and the heaviest heifers as well, so the heifers are ready to kill, if only we had some killing space.

While the calves were in the yards they got a 10-in-1 vaccine, an oral drench, a copper bolus, an ear mark, EID tag and a management ID tag, then were weighed and put back with mum until we get some space to kill the heifers.

Doing these tasks before weaning makes the day of weaning less stressful for us and the calves. They will not need to be head-bailed again as the next oral drench can be done with a hook in the race. We would normally dehorn the calves while they are head-bailed, but due to the new regulations weren’t able to.

Thankfully we have been using polled bulls for more than 24 years so have virtually bred horns out of our home-bred cattle, but now having to buy in replacement heifers we are facing this task again. Thankfully we only have about five to do out of the 119 calves, and a few from the heifer calves we have bought. Please bull breeders, could you stop breeding bulls with horns!

Despite the lockdown I have still had to go to work as an ambulance officer, for two days out of every eight and am the food shopper in the household so I have been outside the farm boundaries, but Paul has not left the farm so far.

The worst part is he promised to take me out for dinner after we finished dagging and shearing the ewes, as a reward for me dagging 95% of the ewes, but he reckons he found a good excuse, so no meal out for me yet. Don’t worry, I have a good memory for things like that.