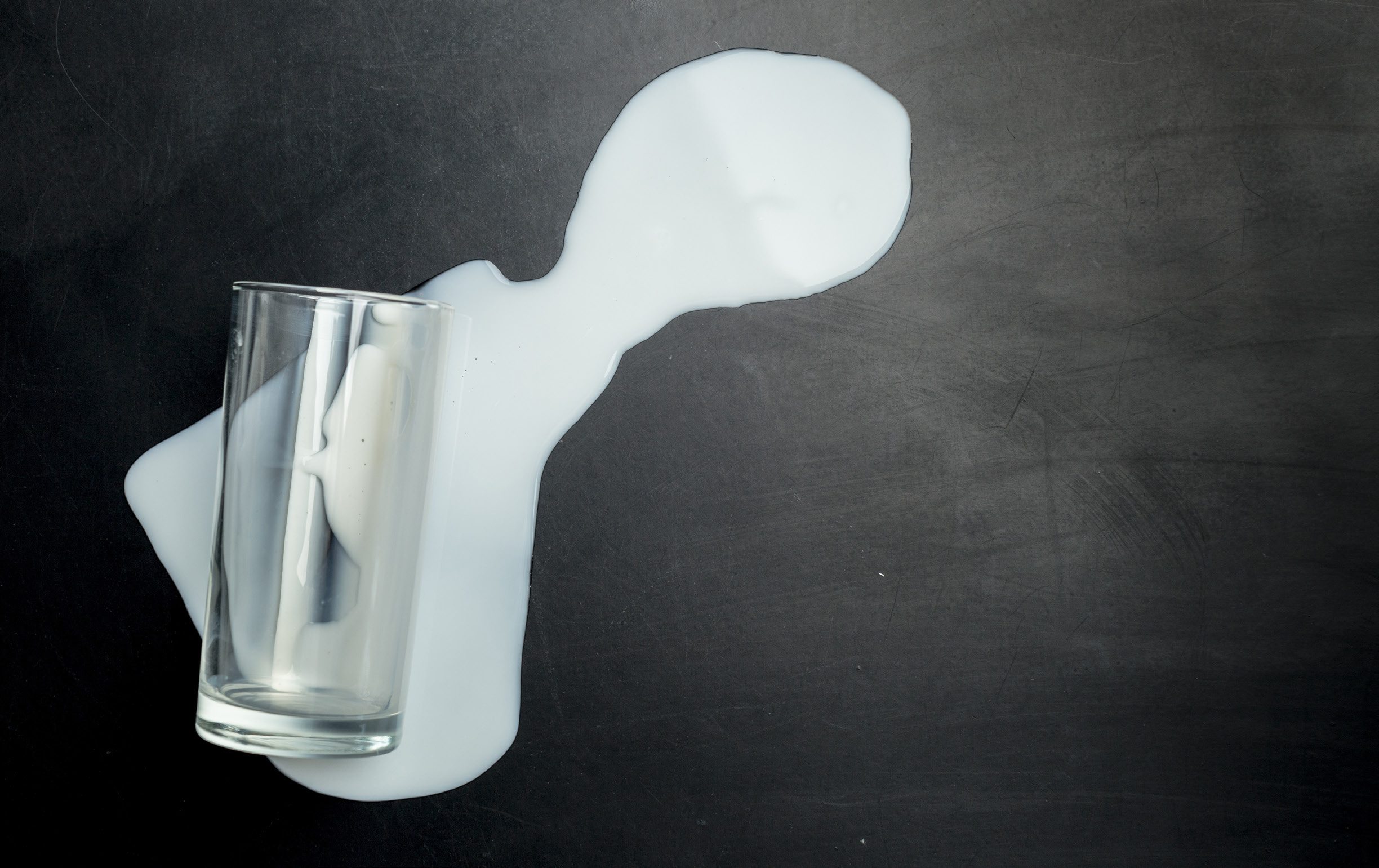 Dairy commodity prices are traversing the high section of the commodity cycle, with record prices being broken across the complex. New Zealand cheddar prices have never been higher, and butter continues to be in hot demand, hitting prices not seen before.

Milk powders are moving in the right direction, with skim milk powder prices streaking higher over the first three months of 2022. Whole milk powder prices have surged, with a few bumps in the road, but in very favorable territory. From dairy commodity prices we know that the farm gate milk price for the 2021-22 season is relatively baked in, which means the risk has shifted strongly into the coming season. So, what are the chances commodity prices can remain high for another season, and deliver another high farm gate milk price in NZ? 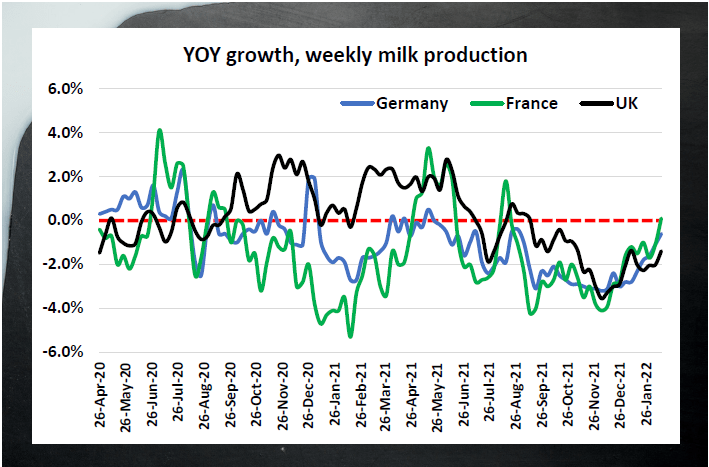 As I’m sure you’re aware, while we deal with winter in NZ, Northern Hemisphere farmers are delivering peak milk flows. The level of milk flows across United States and European farms has a serious impact on global dairy prices, which we as Kiwi farmers are directly exposed to. So, for insight into what the coming season’s milk price is likely to be, it’s important to get a good handle on what milk flows are likely to be, so let’s take stock of how Northern Hemisphere milk flows are likely to track this year.

Basically, is the current imbalance of supply and demand going to persist throughout the coming season?

The easiest place to explain this is with the European Union, where uncertainty in all markets is still rife, and milk flows tracking below last season’s figures, which were below the season before.

What’s driving these low milk flows? Onfarm costs are pushing higher than milk prices, with the things impacting in NZ hitting the Europeans in the same way. Fuel costs are proportionally a larger part of a European farmer’s operating costs, due to the way they farm; tractors and machinery are used far more for their milk production than in our pasture-based systems.

Fuel costs have streaked higher over the first three months of 2022 and look unlikely to settle in the near term. Feed costs have tracked the same path, shifting sharply higher, with constrained feed supplies likely to persist.

But you’ve read this sort of discussion about six times over the last three months, and you’re asking “surely if supply and demand is out of kilter as much as you’re saying, why would EU farmers not just ramp up milk supply as dairy commodity prices drag farm gate milk prices higher and then make the most of high prices?”

Well, something that can’t be measured on a commodities market, or via crude oil prices, is the impact of changing environmental regulations on European farmers. The EU has for many years been very vocal about the changes required, especially by European dairy production.

Over the last two years, herd sizes in the Netherlands alone have been dramatically reduced to be able to comply with these environmental regulations. Simply put, if you have fewer cows, there’s an upper limit of how much production can be extracted from each cow and thus each farm.

The Dutch are world renowned for being sharp dairy operators, so being restricted on cow numbers has directly restricted their potential milk flows; Dutch cows were already producing at high levels prior to the restrictions, with little potential for more capacity to be extracted in a short time frame. The Dutch, with their vulnerable soils, some recovered only over the last century, are at the pinnacle of environmental restrictions, but similar limitations have been placed across all other EU dairy farmers. What this means to world dairy supply, is that the environmental regulation enforced has created a ceiling on cow numbers, which has directly impacted EU dairy farmers’ ability to ramp up milk production quickly, even if they wanted to chase prices.

So, EU farmers have regulations stopping them from chasing milk production at any cost. Yes there is an associated economic impact to the EU from these restrictions, but the EU population pays for this via subsidies. The upside is that Kiwi farmers are likely to see the dairy market remain supported in the short term.

Meanwhile in the US, a massive force in the world of dairy, environmental regulations are not as restrictive just yet, but they will undoubtedly be in the pipeline. Their milk flows are being driven by restrictively high and very variable onfarm feed, fuel and fertiliser costs, with milk prices not keeping up with these rapid market changes.

So, the same question needs to be posed, will US dairy farmers respond to high global prices? Not in the short term. Do they have the capacity to ramp up production? Yes. Why are these two factors not aligning? US processors are struggling with factors greater than milk prices or commodity prices. Logistics and packaging in the US are having massive issues in the processing side of the equation – if processors can’t get product into a bottle or on a ship, it becomes very hard to keep pushing prices higher when you can’t sell the product. So, the US market is restricted by factors off farm. This adds to onfarm issues, creating real downward pressure on milk flows out of the US.

Altogether, it seems very unlikely global milk flows will be able to respond in the short term, leading to an expectation that dairy commodity prices will remain supported. The supply demand imbalance is unlikely to be resolved in the short term, at least from the supply side of the equation. The risk of demand falling is always real, but it would seem the biggest factor to impact demand right now is further geopolitical tensions.