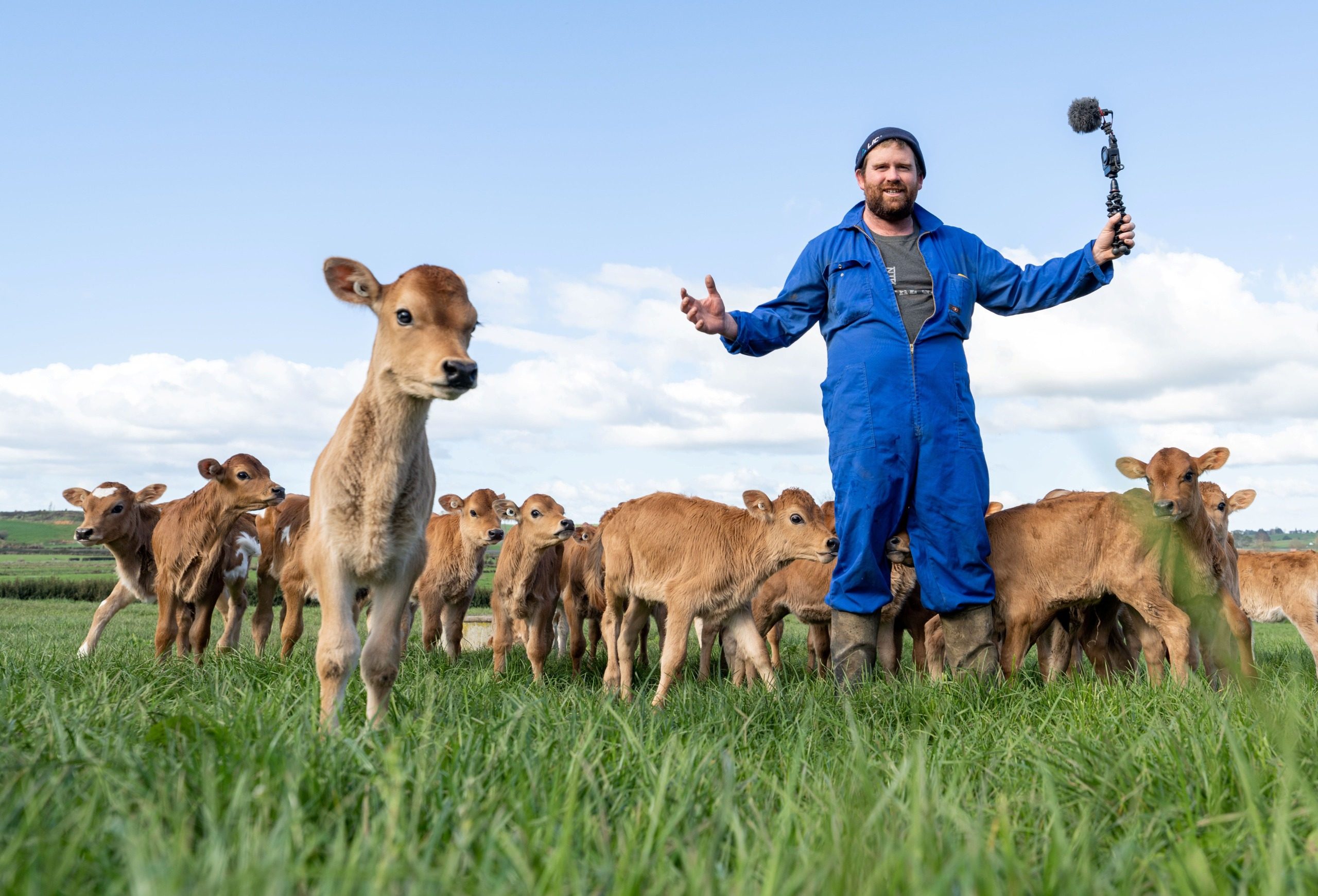 Paterangi farmer Andrew Macky has created a YouTube channel, providing content of everyday life on a New Zealand dairy farm and subscriber numbers are growing from around the world. He talked to Sheryl Haitana about why he is getting in front of the camera.

A tour of Andrew Macky’s dairy farm is the most viewed video on his YouTube Channel, ‘The Once A Day Farmer’.

More than 51,000 people have viewed his video, ‘Farm Tour – My New Zealand dairy farm’, which starts out with Andrew in the paddock with his cows, pointing out the farm’s boundaries, then walking through the herringbone dairy shed, viewing the effluent setup, the vat and farm dairy machinery and the chicory and maize crops.

In the video he talks through what he is doing onfarm, why they do it, how machinery works, what the crops are and how they are used in their system, and explains that he milks the cows once a day (OAD) and why.

‘A day in the life of a NZ dairy farmer (winter)’ is another one of Andrew’s popular videos, where he takes a camera around with him and talks his audience through the jobs he is doing on the farm for that day. For example, at the start of the video he explains that the cows are dry and the first calves are due in a week, he videos himself moving the first mob of cows into the next break and finds an overflowing water trough and shows how he jimmys up a temporary fix until he can get back and re-attach the ballcock.

‘I started in December. I had seen other farmers from other countries doing it and I thought that nobody in NZ was big into it. Our NZ system is so unique so I thought people would want to see it.’

Since turning the spotlight on himself and the farm in December 2020, Andrew has made more than 60 videos.

His channel is resonating with people around the world, from young children who now want to be dairy farmers, to Irish dairy farmers interested in the NZ system and even people living in cities who love seeing where their dairy products come from and what life is like on a farm.

“I get comments and emails from mums saying their five-year-old kids love watching the videos and they want to be farmers when they grow up. I have tanker drivers commenting that they like seeing what goes on onfarm.

“Even some of our friends from Auckland love watching it.”

There are requests from people wanting to work on his farm to questions about why he does certain things onfarm.

It’s great having that connection with people from around the world, Andrew says.

There aren’t a lot of Jersey cows on YouTube, so along with milking OAD, and the NZ pastoral system, he has a couple of unique elements to his farming operation that people are interested in seeing.

Andrew never set out to promote dairy farming or NZ, but he realises he is providing a platform that shows NZ dairy farming in a positive light.

“I started in December. I had seen other farmers from other countries doing it and I thought that nobody in NZ was big into it. Our NZ system is so unique so I thought people would want to see it.

“It’s pretty honest really. I go into detail and I have nothing to hide.”

Andrew did a couple of years working as a shepherd in NZ, before travelling and working on farms in the north of England, and driving combine harvesters and trucks on the harvest run in the American MidWest.

He always had the plan to return to the family dairy farm and has been back the last four seasons. He lives onfarm with his wife Holly, and their two children, Willy, 2.5 years, and Frankie, 1.

Andrew works alongside his dad, William Macky, on their rolling Waikato farm just outside of Te Awamutu, milking 320 Jerseys. Andrew is the fourth generation to work on the family farm.

William went OAD about seven years ago and has never looked back, and Andrew said the lifestyle is hard to beat.

“I love it. Cow condition wise, the cows have converted to it really well,  family wise, I get to spend time with my young family.”

The morning milking can take up to five hours during the peak, but William and Andrew milk one herd each so it’s only a couple of hours in the shed.

Andrew is in negotiations with his dad about extending the cowshed and installing automatic cup removers.

The OAD system is what allows Andrew the time to video and edit the content for his YouTube channel. The videos average between 10 and 20 minutes, but there are hours of work that go into each one.

Andrew spends an average of a couple of hours a day either videoing or editing content to post. It takes time to set up the camera, to talk through the jobs on camera, edit the videos, plus the admin of replying to the comments on the videos.

He aims to post two videos every week. One of the biggest challenges will be keeping coming up with unique content, he says.

It’s a big commitment, but there is monetary reward through the advertising on YouTube. The income he has made so far has helped with his camera equipment. He uses a GoPro camera with an external microphone and a drone to get footage.

“It’s not as easy as you think and it’s really time consuming. It makes every job onfarm longer. I’ve had to learn a heap, including how to edit videos, which takes me two-three hours.

“If I wasn’t OAD, I wouldn’t have time, we are probably 1.5 labour units during most of the year, so Dad doesn’t mind me taking the time out.”

Andrew is slowly building a regular income from increasing his subscriber numbers to over 5000, and getting more views of his videos.

“It’s hard though. It’s hard to get into it, I’m just scratching the surface. It’s so hard to go viral, if I could get a video to go viral I’d be sorted.”

Andrew would like to pick up more subscribers in the US where there is such a huge population to target.

His audience is made up of about 20% Kiwis, 45% from the UK and Ireland, 10% from Australia and 10% from the US, and the rest from other countries such as Morocco, Turkey and Thailand. 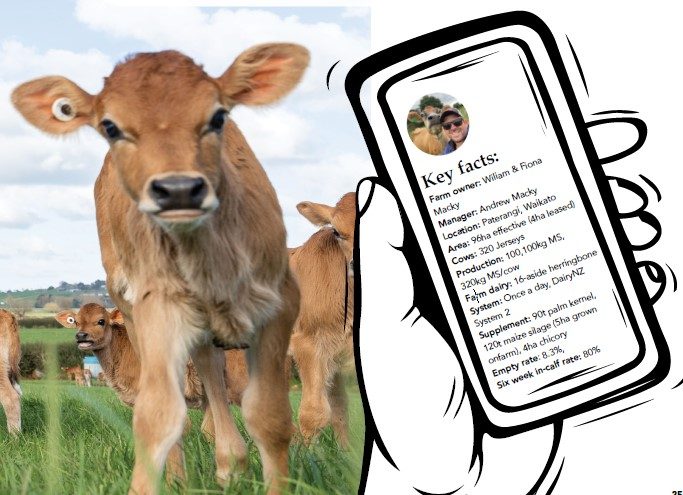