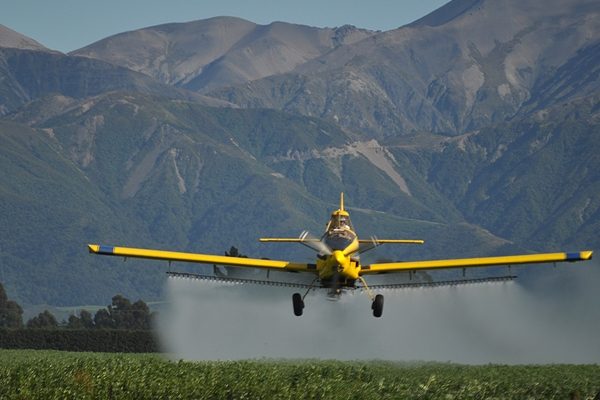 New Zealand’s economy would lose up to $11.4 billion without crop protection products – and crops would lose 30% of their value overall, a new report by the New Zealand Institute of Economic Development shows.

The report covered forestry, pasture, horticulture, field crops and vegetable production.  Its purpose was to estimate the economic impact of crop protection products (CPP) in the NZ economy, demonstrate the impacts of CPP on land-based industries, and illustrate the likely impacts of delays by the Environmental Protection Authority (EPA) on product assessments.

The report said the crop protection industry was small, but with a big reach over the country’s economy. Its 2018 contribution was $142.5 million and the bulk of that impact was on industries that generated exports.

While the crop protection industry was less than 1% of GDP, the industries it serviced represented 10% of GDP.

“The crop protection industry represents a strong and stable generator of economic activity within the New Zealand economy,” the report said.

As well as the $142.5m in GDP contribution, the industry directly employed 310 highly skilled workers, and created between 1000 and 1100 indirect jobs in sales, marketing, agronomy, spray contractors and transport.

The report identified a small increase in productivity could have major impacts, worth between $10m and $100m in horticulture.

In the last five years, the time taken for the EPA to approve applications had doubled, which had both economic and environmental implications.

Economically, over 10 years, the delay costs the country between $7m and $70m (discounted at 6%) in contribution to GDP. From an environmental perspective, because CPPs are becoming softer – meaning lower toxicity – the delay means harder chemicals are kept on the market for longer, impacting negatively on the environment.

Agcarm chief executive, Mark Ross, said the report highlighted the importance of the crop protection industry to the economy.

“Not only does the industry have an important part to play in supporting the economy, it is also vital for producing safe food and protecting our environment. It develops tools to manage biosecurity incursions which damage our native species and crops,” he says.

“In many cases, it would not be possible to grow commercial quantities of crops without these products. In other cases, yields would be much lower and the economic impact of this would be substantial.”

The industry was committed to the responsible use of crop protection products – from researching the best ways of managing damaging pests and diseases, through to safe use and disposal. This included ensuring any waste plastic containers were recycled and repurposed, through the Agrecovery programme. 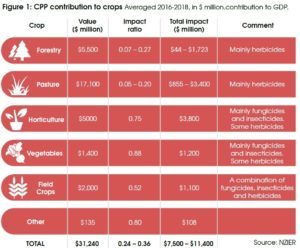