WORDS AND PHOTO BY KAREN TREBILCOCK

Otago/Southland | Dairy Trainee of the Year

Sophie White was set to enter the dairy awards next year and the year after that and then maybe, she hoped, she might get placed.

Instead she won it this year, the first time she entered and after less than two seasons milking cows.

“It was crazy when they called out my name.”

Her dad is a builder and her mum works in administration. At the start of 2019, Sophie was a Year 13 pupil at James Hargest College in Invercargill set on university and a career as a graphic designer.

However, she just couldn’t face another year of sitting in classes.

“I jumped into a dairying job and after a couple of days I knew it was for me.”

Although she still does graphic design in her spare time, in July 2019 she started working as a farm assistant for Jono and Eilish van’t Wout. In November 2020 she became a farm assistant for Bathan and Jane Muir on their 552ha Edendale property, milking 1600 cows through two dairies.

“I just love being outside, I love cows and I love being part of a team.”

She entered the awards to meet people and gain more experience and knowledge. Sophie is thankful for the support of the farm’s contract milkers Shaun and Nikoia Mckelvie and her manager Melissa Fairbairn.

“They did so much to help me prepare for this.”

Also by her side was her Primary ITO training advisor and mentor Pauline Aitken.

“She holds me accountable to my goals. I can’t thank her enough.”

Sophie has completed the Milk Harvesting Level 3 Primary ITO course and is currently working through the husbandry paper. She has fitted the awards around her study.

Sophie says she put “too many hours to count” into the awards and spent time with a farm accountant, a dairy nutritionist and DairyNZ staff to gain more knowledge.

Now with the award firmly with her name on it, she wants to inspire other young people to think of dairying as a career and hopes her old high school will have her back to talk with pupils about what she has done.

“Our lives are pretty amazing. We get to care for animals and the environment. We wouldn’t be in this industry if we didn’t want to do that. It’s so much part of it.”

She is currently in charge of the dairy’s hygiene and everyday tasks but has her sights set firmly on becoming a manager in the years to come.

“Melissa (Fairbairn) knows it too!”

RUNNER UP dairy trainee was assistant manager Cameron Smith of Dacre and farm assistant Samuel Spencer of Otautau was third. 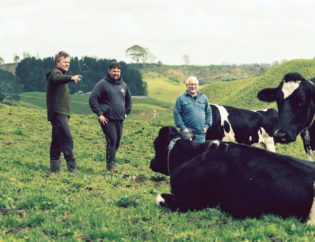 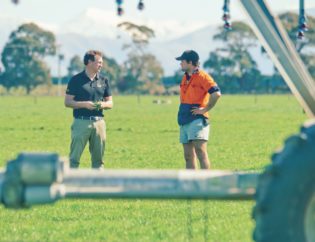 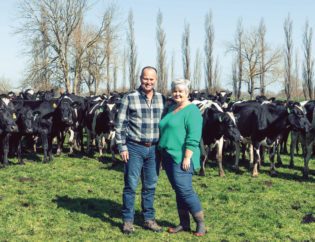 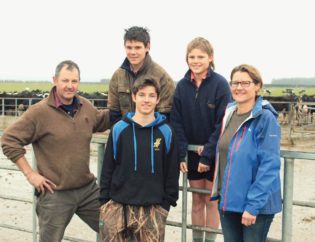 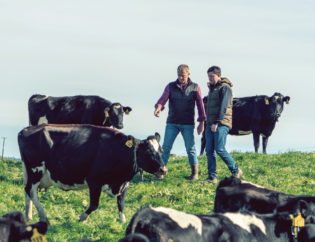