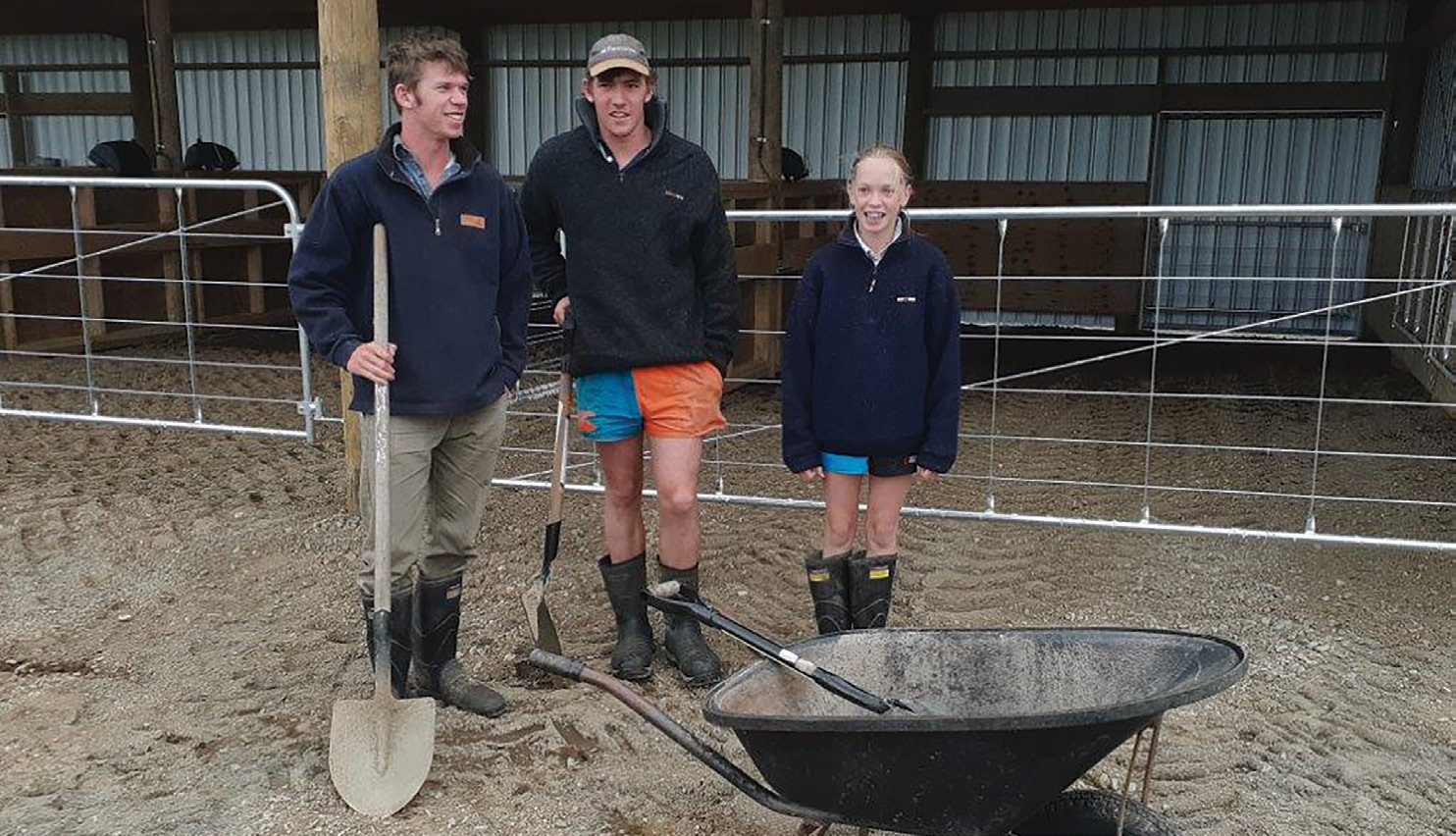 Gay Coates ruminates on a good season and the satisfaction of a face-to-face chat.

Bill arrived on our doorstep this week. It’s an annual visit, motivated solely by a premium duck shooting pozzie on the farm. We are yet to transition him completely into the health and safety ethos of the modern world and so his knock on the door each year is unannounced. But we grant him some leniency based on the length of his teeth and his customary koha of home grown feijoas, and we settle for the fact that he has now accommodated our expectation of him checking in and out.

We’re quite keen to see him return home safe at the end of the day to tend his feijoa trees.

No visit from Bill is complete without the transition into some blended social and philosophical conversation about farming, and we always welcome his diversely sourced (but somewhat subjective) observations and his succinct view of how things are going “around the traps”.

It seems this year farmers on the Coast are, in the main, doing all right. According to Bill, we “cow-cockies” are all a lot happier since Yili took over the reins of Westland Milk Products. Standing on the doorstep with Bill it was difficult to assign words that describe the deep sense of relief that comes with seeing some financial rewards for our work; of being able to move forward rather than simply holding on. “You’re not wrong there” seemed to sum up how we felt in a way that resonated with Bill.

“It’s been a good season” said Bill, more of a statement than a question. Ever mindful that there were plenty of other doorsteps that Bill would be conversing on in the ensuing weeks, we confined our reply to a general comment that, indeed, the dairy season had gone well and the cows had achieved a good average production for the district. Saying out loud that this has been a year when we feel incredibly proud of exceeding our targets and having the cows in great condition seemed not quite the right thing to put out as a public statement. Experience has taught us that achieving seasonal production successes can be as fickle as the weather, and it safeguards pride to wear some protective humility.

“It’s good to see farmers spending a bit of money again. That’ll give a boost to our economy after this Covid thing”, Bill said with inquisitive intonation. Of course we knew Bill would have seen sunlight brightly reflecting off the new zincalume as he drove up the road to us. We passed the new calf shed off as a bit of long overdue R & M, the gentle prying not pricking any sense of guilt. We’d already done the internal and fiscal checking that justified some overdue capital spending.

“Weather’s not been great though” lamented Bill as he bemoaned the poor growing season that reduced the number of feijoas on his trees, made his tomatoes late to fruit, and saw several packets of carrot seed produce only a handful of seedlings. We made a mental note to ruminate quietly on this climatic influence later. It might be that we could give up on the self-critiquing reflection we had been doing on the poor state of the oats and simply blame it on the weather – or the large number of ducks.

“I take my hat off to you buggers,” said Bill, ending the conversation as he strode towards his Hilux. “You do a good job”.

While the weeks of Covid-19 restrictions have seen our skills of virtual communication increase (although at no point done in my undies), nothing replaces the experience of that iconic “good yarn”, done up close and personal. There is something wholesome about using all of our senses to have a conversation that is spontaneous and without an agenda, one that allows us to choose to say little to some and a lot to those we know can listen. In this industry it is important we keep on talking and listening.