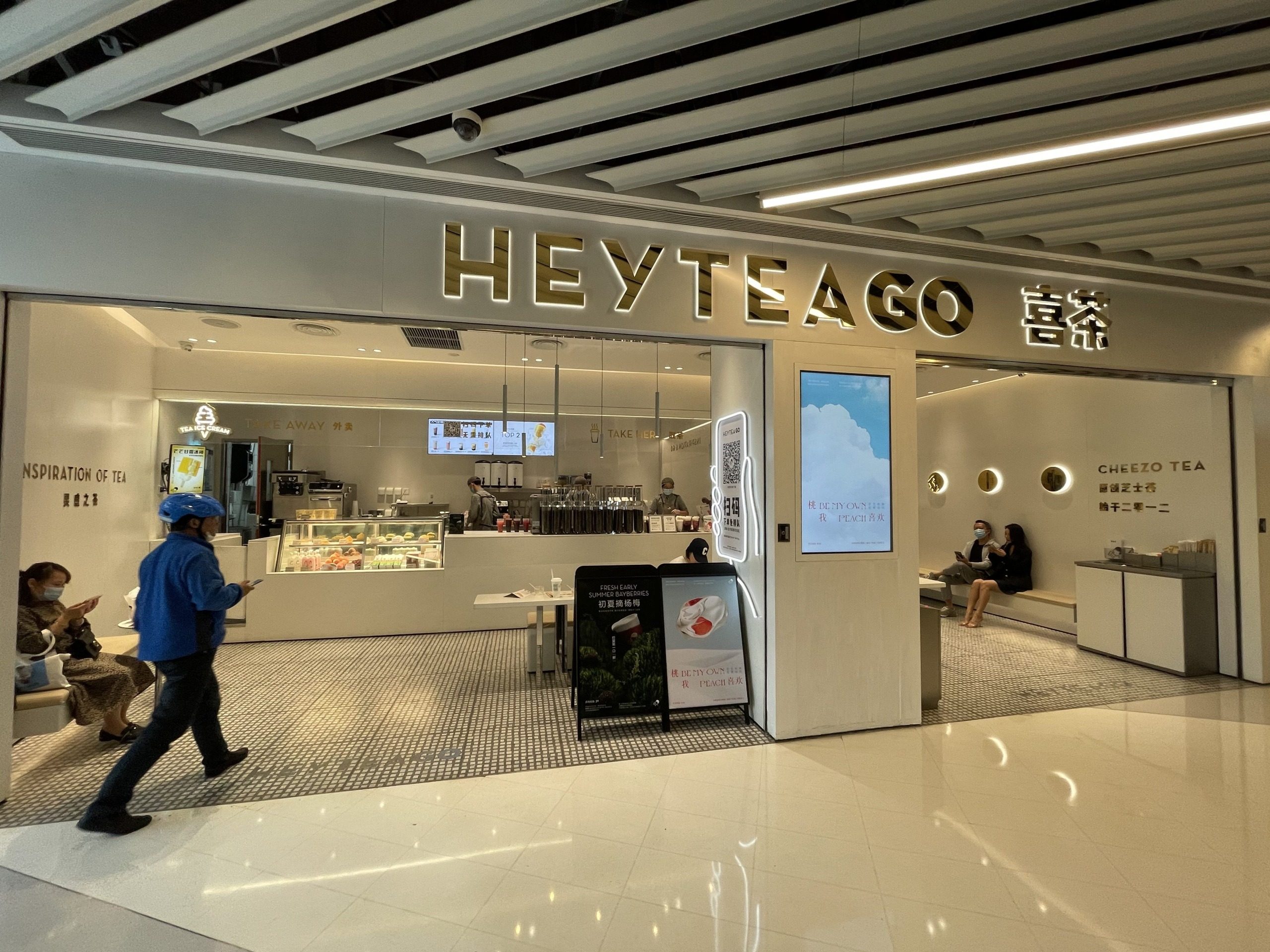 Cream cheese tea is big business in China. Hunter McGregor went out for tea in order to try the product.

One of my favourite quotes is that the “Chinese consumers are not westernising but they are modernising”.  This means that there are a number of unique Chinese trends that are happening here and many of them are changing consumer behaviours.

The rise of cream cheese on top of tea drinks is a new and interesting market trend.  This trend is credited to be started by a 21 year old named Nie Yunchen.  In 2012 he opened a milk tea shop in the small city of Jiangmen in Guangdong province near Hong Kong. He started selling milk teas topped with a salty layer of cream cheese. By 2020 Nie’s HeyTea has 695 stores in 67 cities around China and the private company has an estimated value of around $3.46 billion NZD (16 Billion RMB) as of the middle of last year.

Like anything in China, there are a number of other large cream cheese tea players as well so it is a very large and competitive industry.  By the end of 2020, the number of new style tea consumers reached 340 million and this is growing.  The market is predicted to reach 365 million people by the end of 2021.

As luck would have it, one of HeyTea’s 102 shops in Shanghai is near my home.  I don’t normally drink HeyTea’s products but I did ‘go out for tea’ for the purpose of this article.

First impressions of the shop is that it’s modern, bright and has a great feel about it.  The four people working behind the counter were busy, and as I was about to find out, they were flat out! The only way to order is via scanning a QR code to use their WeChat shop. (WeChat is the Chinese equivalent of Facebook messenger but with ecommerce functions). WeChat is a super app, which covers just about everything, messaging right through to news, shopping and payments. Scanning a QR code within the WeChat app to purchase something is very common now and is easy to use. To my surprise, their WeChat shop was in English. Not knowing what to order, I asked one of the employees which was the most popular drink at the moment? They said the Cheese Peach tea (the Chinese name sounds a lot better). So that’s what I ordered. The cost was about $6.49 NZD (30 RMB).

Immediately my app told me it would be a 42-minute wait for my drink, as there were 26 orders (47 cups of tea) ahead of mine. So as I waited in the shop I watched plenty of delivery guys pick up most of the orders, and a few people picked up their drinks directly.  These people picking up their drink were a lot smarter than me, as they ordered well before they arrived at the shop.

Once I got my drink I decided to carry it home first as I wanted to see what it was like after a “delivery”, as my research needs to be thorough. The first thing I noticed when I got home was that the drink layers did not mix and it looked the same as in the shop. I then proceeded to try all of the layers of the drink individually and just as I suspected, a sweet creamy peach flavoured drink is not my cup of tea. Luckily for millions of Chinese consumers it is, and according to the HeyTea website all the cream they use comes from New Zealand.