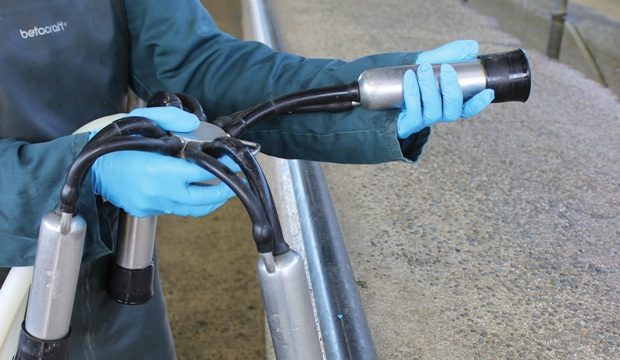 Almost half the injuries onfarm during milking are from attaching clusters and DairyNZ, along with a group of industry stakeholders, are looking at ways of making milking safer.

DairyNZ senior scientist Paul Edwards said a survey of 560 farms which looked at injuries from the time cows left the paddock for milking until they went back into the paddock (excluding vehicle accidents) showed 48% of injuries occurred during cupping.

Of the farms surveyed, 18% had injuries during milking and there were one and a half near misses for every injury reported.

Edwards said he thought the survey, funded by WorkSafe, would show a significant percentage of injuries were from cupping, but he was surprised it was almost 50%.

Now the task is to find practical ways to get that figure down and make milking on farm safer.

A group of farmers, milking machine and dairy designers and ergonomic experts are now developing concepts that could reduce the number of injuries.

“It might be different set-ups in dairies, different ways of cupping, or cluster design and hopefully it will be a win-win solution for farmers as not only will it reduce injuries but also improve milking times,” he said.

“Also workers will have less time off due to injuries which means farmers won’t have to pay out for the first week on ACC and find replacement staff.”

Edwards was also looking at whether it was a problem

overseas and how other countries had solved it.

“There could be some technologies that could be useful as well. Not off-the-shelf solutions but we might be able to bring something across from other activities like the wrist guards that snow boarders use.”

DairyNZ would also consider whether existing resources, such as cluster attachment videos, need updating as they are now 10 years old, he said.

On the DairyNZ webpage under milking/dairy stockmanship, they show two methods – round the circle and two at a time.

Round the circle was simple and easy to learn and although it was not the fastest method, it was a good starting point, he said.

Two at a time is for more-experienced milkers and involves putting the two front cups on almost simultaneously and then the back right followed with the back left with the other hand.

Poor cupping technique can lead to milkers getting kicked or suffer from repetitive strain injuries. Cows cupped correctly are also calmer in the dairy.

Edwards said national ACC data did not capture in enough detail what had caused the injuries but WorkSafe knew it was problem which is why it funded the survey.

“Our end goal is to have a short list of potential solutions and to do a cost-benefit analysis on them to identify which are going to have the greatest benefit to farmers and that are easy to introduce.

“At this stage we don’t know whether there will be second phase testing the ideas. It will depend on what the analysis shows but hopefully we will come up with something that makes milking injuries one thing less for farmers to worry about.” 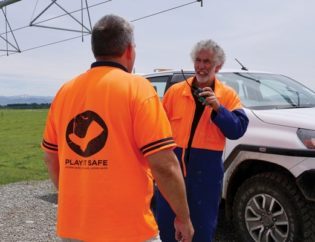