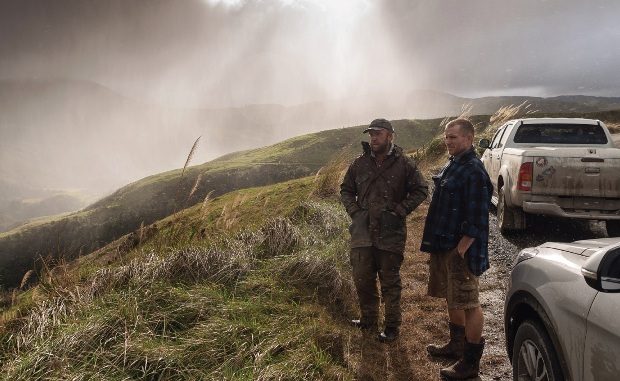 A forestry developer who is buying and blanket planting farms in pine trees makes no apologies for the impact on the local community.

Ed Kight who owns a logging truck company and Akitio Station near Pongaroa has so far bought up 800 hectares in the past two years for large-scale plantings.

Kight said some people think it is bad for the area but he has found willing sellers when looking for farms.

One farmer was 83 years old with no family interested in farming and another was an absentee land owner.

“There will be a bit of change but the economics of sheep and beef for the past 25-30 years haven’t been that smart.”

Unlike other companies he is not just planting for the carbon credits but for logging too. He first started planting forestry in 1980.

“It has been a very long-term project as far as I’m concerned.”

Kight saw the opportunities from the early days of discussion around the Climate Change Response Act and the start of the Emissions Trading Scheme so accelerated plantings. He could see the revenue generated from carbon was going to seriously augment and be higher than livestock returns on particular classes of land.

“So I developed more carbon forestry at a pace.”

He signed a contract to supply a major company with carbon credits back in 2010.

Local farmer Brendan White says the area gave young farmers an opportunity to buy their first farm but now carbon forestry is making it harder. One young farmer was leasing but was unable to buy it as the farm was sold for pines.

If it wasn’t for the trees, farms would be selling for more realistic prices.

Shearer Corrin Kidd lives on a small block at nearby Tiraumea and has lived in the area all his life.

He thought there would always be shearing in the area, but not if more land goes to trees.

The pair’s biggest gripe is the trees planted for carbon will not be logged and earn export dollars.

Kidd believes they should be not only logged, but replanted in natives after the first rotation for better long-term sequestration and biodiversity.

From Gandys Road near Tiraumea through to Pongaroa there were only three farms left.

Kight said the attraction was the value of the timber after 25 years and revenue from carbon credits which in most cases funds the project.

Kight said they log trees and claim carbon, most years.

The contractor’s 30 staff can plant 40ha in a day.

What makes carbon forestry most attractive is the credits can be claimed and earn money from the first year. Trees planted now will be eligible for credits in March/April next year.

Kight said 1100 pine trees per hectare had enough roots, stems and needles to sequest half-a tonne at $25 per tonne in credits.

He rejected the suggestion payments were a subsidy from taxpayers. The ETS has been accepted internationally as a means for New Zealand to offset its carbon emissions. It was intended to be a carrot and stick. Emitters paid $25/tonne and had an incentive to reduce the emissions cost.

Kight was not concerned that as the ETS is a political scheme it may be changed and prices weakened by future governments.

Kight made a submission in 2009 for the review of the ETS a year after it was passed.

He supported no liability for owners of pre-1990 forests if they logged them if they have already planted the equivalent area.

He said the ETS provided excellent revenue from low fertility on sheep and beef farms from trees.

He was also against the Zero Carbon bill and the burden of reducing methane.

“They have got the wrong end of the stick”.

There would be new ways to reduce methane in the future and it was wrong not allowing farmers to offset their carbon footprint with trees on their own farm.